I remember during the last election a reporter (or similar occupation) asking Trump supporters if they agreed with a quoted speech/statement. IIRC they were led to believe the words were Trump’s, but in fact were Hitler’s.

Does anybody know what text was used for the test/trick/prank?

I think I found it for myself, but feel free.

Don’t leave me hanging! All I have is the Garfunkel and Oates “Who Said It, Kanye or Hitler” skit in my head. 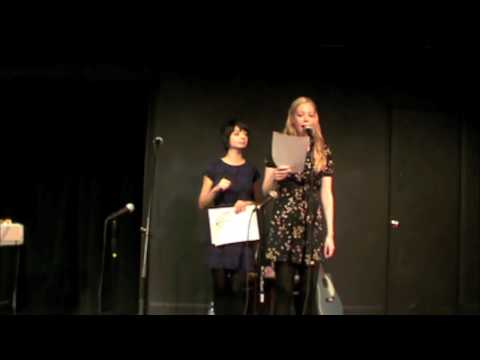 Conservatives do the same thing. Who said it? Trump or Obama?

I think such “ha, suckered you into it” gags are rather lame. Nearly every monstrous human being has probably said things that sound perfectly reasonable at some point, and nearly every saintly person has probably said something terrible. You could probably get quotes from both Obama and Hitler saying that “It is necessary to have a stable society with robust government” and perhaps quotes from Mother Teresa that would sound dreadful.

Yeah, I found some/most of the quotes that were used, and they’re much milder than I’d expected. Wasn’t worth the scant effort it took to find them. And I agree about conservatives playing the same “gotcha” on liberals.

Cheap laughs, but not much more than that. Although a Doper, many years ago, got Banned for something similar - he posted a quote from “the President” about Iraq and Dopers assumed it was President Bush and it turned out to be Clinton.

The genetic fallacy is a logical fallacy, but people don’t like it when you point it out.

Man, I have always hated those op-ed pieces that start out with a paragraph of something like “He said the pestilence was a hoax! But then he turned around and said he knew it was bad before anybody else! And there weren’t enough ventilators and everyone died!” And then reveals he was talking about the Sheriff of Nottingham or somebody.

You can just see the fucking writer sitting at his keyboard and smirking. Here’s a nice kick in the ass for you, David Brooks/Maureen Dowd/Ross Doubthat.

I remember a video where someone was going around a liberal college campus asking for opinions of parts of Bernie’s tax plan. Whoops! Did I say Bernie? Those are actually Trump’s.