Russians try the blitzkrieg approach , in the knowledge the Ukranians are not going to hold a large front. But that means driving down highways, in order to get across in days instead of weeks, and without leaving half their equipment behind in the mud.

But the Ukranians dig in at the edge of town, and surprise smirmishes, hit and run …wherever the territory provides cover.

The Ukranians send up drones to give their forces lots of vision of what the Russians are doing, the drones set on roof tops and in the trees and so on, and the Russians would have to stop and deploy snipers to get them.

See for the ukrainians to defend, they can put their drones up over head of themselves. No russians there to shoot them down.

For the russians, they have to put the drones up over, or between, the ukranians, where the ukranians can shoot them down.

its the defenders, Home ground advantage… Ukranians get to use any farmers track , russians use highways only. Ukranians send up drones, Russians look for muzzle flash…

There may be jamming and hacking of drones… again Ukranians would have the advantage of having the power to run a jamming device… eg blast a carrier out over the top of russian transmissions frequencies.

The war in Donbas is more likely to resemble traditional World War II-style combat with an established front line in which the Russians have advantages in both manpower and firepower.

With all the heavy firepower that America and NATO are sending, it’s possible that in the weeks ahead, Ukraine will have an advantage in both forms of warfare: guerilla war and traditional force-vs-force WWII warfighting.

A lot of Panzerhaubitze, M777, HIMARS, various drones and weapons - combined with sheer Russian ineptitude, Ukraine will soon have the upper hand in everything.

Ukraine will soon have the upper hand in everything.

Do you (or pundits) think Ukraine can “win?” Seems to me this will devolve into a stalemate.

Ukraine cannot force an end to the war and Russia cannot defeat Ukraine. But, Russia can lean on Ukraine as long as they want. So, they stay in a state of war with Russia bombing things here and there for months or years. I do not think Putin is the kind of guy to admit defeat so will happily let that go on forever.

For Ukraine to end the war they would have to go on the offensive and I cannot see that happening.

Maybe someday Russia will tire of it and back off but so much suffering in the meantime. It took the Soviets ten years before they backed out of Afghanistan.

Maybe someday Russia will tire of it and back off but so much suffering in the meantime. It took the Soviets ten years before they backed out of Afghanistan.

The latest estimates I can find are 3 weeks old, but it appears likely that Russian forces have suffered close to the same number of casualties in just two months that it took 10 years to reach in Afghanistan. Something will have to change soon, because that rate simply is not sustainable for very long. 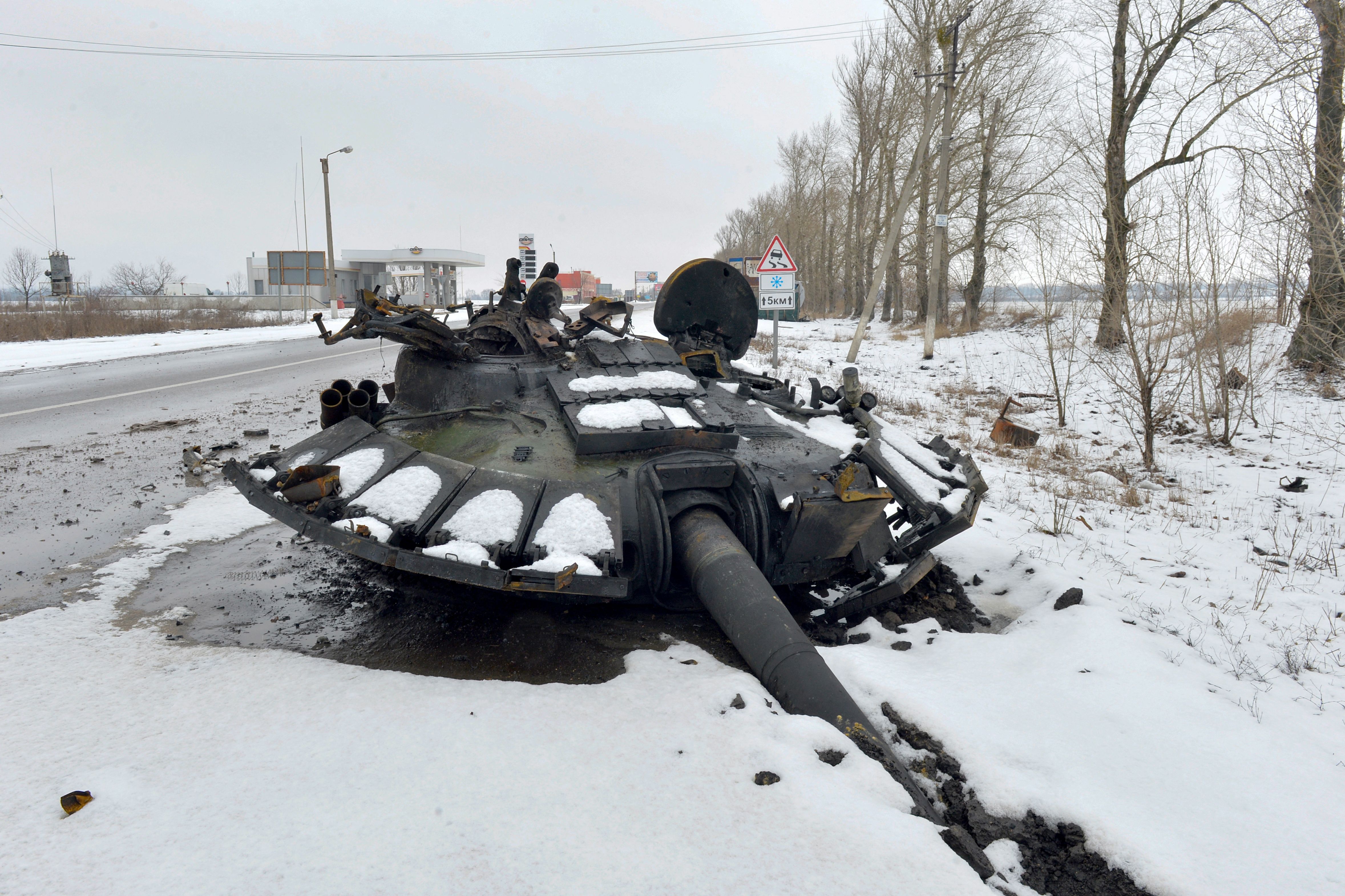 In four weeks of combat, Russia may have lost 25 percent of its initial attacking force. These casualties are not on the scale of World War II but are large compared with the relatively small size of the Russian military today. Although...

and given the anecdotical evidence in twitter, et al videos, the russiand dying goes on …

there were just some 10-15 soldiers “gone” in 2 Ukr. videos … (one a group of russians being ambushed by a personnel carrier w/ 30mm autocannon…

so I am pretty sure we will see a strong uptick of those numbers over the next few days/weeks as the fighting intensifies again.

Q: are there any solid numbers on Ukr. losses out there, both personnel and hardware?

Did WWII really have stablished fronts? Seems to me that whatever side had the upper hand was on the move, and pushing back the other side fairly rapidly compared to WWI trench warfare.

In comparison to WWI, absolutely. But there were large stretches of WWII where it wasn’t free-wheeling mobile warfare, and one side had to grind it out vs. the opposition. The early weeks of the Normandy campaign, most of Italy, the Western front after the initial Normandy breakout and pursuit stalled in the Netherlands/Belgium, and lots of examples on the Eastern front- the Soviet defense of Stalingrad, the Soviet defense at Kursk, the German fighting retreat through Ukraine, the German defense of Poland, Germany, Austria and Hungary, etc…

What I’ve read is that the Russians aren’t taking the time for an operational pause to rebuild, refit and concentrate their forces in order to do anything decisive or overwhelming. Instead, they’re just doing small unit attacks and not gaining much ground vs. the dogged Ukrainian defense.

The video below is interesting. It does not directly answer the OP but gives an overview of the war so far. While the battles may not be two armies facing off across a grassy plain and running at each other Breavheart-style it does seem that substantial military elements are squaring off against each other. 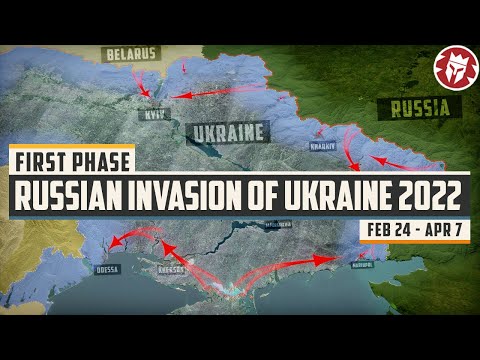 Do you (or pundits) think Ukraine can “win?” Seems to me this will devolve into a stalemate.

Yes. True, Some sort of sop must be thrown to Putin, like agreeing not to join NATO (until Putin dies, etc), so he can declare VICTORY! But the war is getting very expensive, and the sanctions are hurting.

And what if Ukraine manages to push all the Russian troops out of their territory without concessions? Just because Putin really, really wants something doesn’t mean it’s going to happen.

Assuming things get to that point, Ukraine will have a decision to make. Either continue on into Russian territory or accept intermittent shelling, bombing, missile attacks, etc. from Russian territory.

Putin will use nukes.

Can Putin unilaterally push The Button? 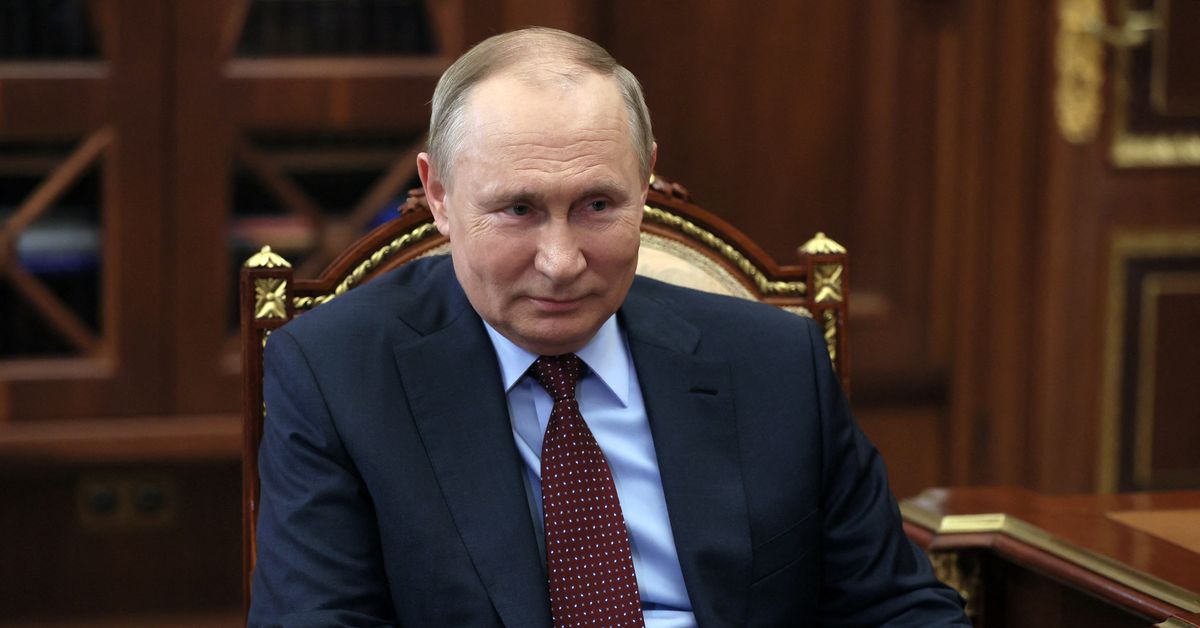 Factbox: The chain of command for potential Russian nuclear strikes

Russian President Vladimir Putin said at the weekend that his nation's nuclear forces should be put on high alert, raising fears that Russia's invasion of Ukraine could lead to nuclear escalation.

He gives the order to launch and the general carry it out. To disobey would mean arrest, torture, and execution of the general and his family. I suppose they could all revolt, and have a coup.

He gives the order to launch and the general carry it out. To disobey would mean arrest, torture, and execution of the general and his family. I suppose they could all revolt, and have a coup.

This is pretty much the choice. Putin faces a significant risk by calling for a nuke strike. He knows that this crosses a line that may result is arbitrary damage to Russia. So does his military command. If ever there was a dividing line for loyalty to Putin versus the best interests of the country, this is it. It is very unlikely that similar thoughts have not crossed the minds of all players, many times.

As the old aphorism goes, nukes only provide value when you don’t use them. Unlike Kim du Jour, Putin has never played the crazy unpredictable fool. That loses him a significant advantage in the game.

Whatever happens, actually using nukes drastically shortens the odds on an early and nasty demise for Putin.

No national leader actually has direct access to a “button” to launch nukes. They typically wouldn’t even directly issue the order to whoever does push the button. For a silo-launched missile, the “button” will be at the silo (in a control room right next to it, manned by a couple of soldiers). For a sub-launched missile, the “button” will be in the sub. For an air-dropped bomb, it’ll be in the airplane, and so on.

I think these systems are also generally designed so that you need at least two people cooperating at the site: For instance, you’ll have two keys ten feet apart, that both need to be turned close to simultaneously. Though I wouldn’t swear that Russia uses safeguards like that.

There are two guys, and two bottles of vodka, and each man finds his key at the bottom of each bottle.

While the battles may not be two armies facing off across a grassy plain and running at each other Breavheart-style it does seem that substantial military elements are squaring off against each other.

They’re not contesting every single inch of ground, but the Ukrainian Army is still very much in the fight as an organization fighting in units.

Part of the confusion is because the nature of the videos we see are very small unit tactics, and it tends to be what I suspect is the supply line ambushers, not the front-line units fighting the delaying actions. So it tends to look sort of “Red Dawn”-ish, like the war consists of tiny units of Ukrainians shooting and then melting into the forest. Which isn’t entirely accurate, but we’re not seeing too much of the actual tank companies or infantry companies that are fighting.

Putin will use nukes.

I’m not sure what form the end of the war will take, but I sort of doubt nuclear weapons are on the table. They’re not tactically useful, especially considering how the Ukrainians are fighting, and in a strategic sense, they would seem to introduce more problems than they solve.

The big question mark is basically how far will Putin take things in order to avoid having to admit defeat or withdraw without victory? Is he willing to fight for years? Is he willing to risk using nuclear weapons? Is he willing to do some sort of full mobilization and start mass conscription as well as the creation of new units and the reactivation of mothballed equipment? Will he pull a Trump and declare some sort of victory that isn’t really one and withdraw?

I personally don’t think it’ll take the form of nuclear weapons. Too much to lose relative to how much can be gained.

Part of the confusion is because the nature of the videos we see are very small unit tactics, and it tends to be what I suspect is the supply line ambushers, not the front-line units fighting the delaying actions.

We’re probably seeing those disproportionately, too, because of the nature of that sort of combat. They ambush a Russian tank, vanish into the forest, and a day later - when they upload the video - they’re somewhere else entirely. They’re not giving away any information about the operation, because the operation (setting off that one ambush) is over and done. For combat that involves taking ground and holding fixed positions, they have to be more careful about not giving away information that’s useful to the ongoing operation, like troop dispositions, defensive fortifications, etc. That’s intel that could potentially still be useful for days, or even months.

There are two guys, and two bottles of vodka, and each man finds his key at the bottom of each bottle.

So, they get access to their keys a half-hour after starting the assignment?

Exactly. It’s basically Tik Tok soundbites of a war, and that’s why the supply line harassers are so useful for it- it doesn’t give anything away, and it tends to be kind of one-sided (ambushes usually are). So great propaganda tools for the Ukrainians, but not something that gives a very clear indication of how the actual war is being fought elsewhere.