Interestingly, buried in this article is an aside that on one day the Ukrainians hit 14 Orlan UAV’s. You have to wonder, assuming it’s accurate, if this is a sustainable rate of loss and replacement for Russia, given restrictions on western tech like computer chips. 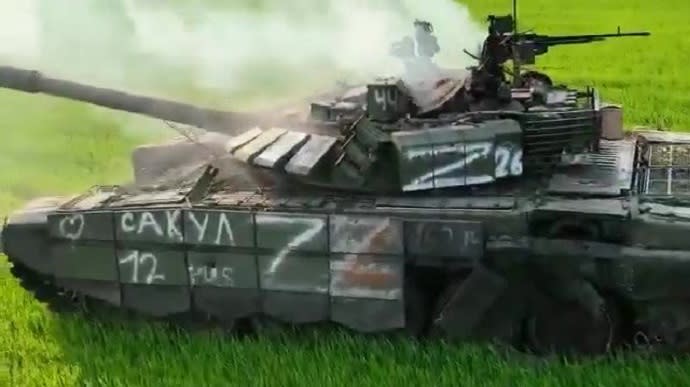 Olha Hlushchenko - Saturday, 7 May 2022, 06:34 Ukrainian troops have destroyed a Russian ammunition depot and 20 units of Russian military equipment in a village in the Mykolaiv Region. Source: General Staff of the Armed Forces of Ukraine on Facebook...

They have found small navigation tools ductaped to shot down Russian airplanes.

The ones they were built with are useless and they don’t have the chips/skills/budget to replace them.

The military equipment would need specific chips to be repaired, while I assume the stores in Russia still have a stock of automobile GPS units available. Whatever works. You would just have to navigate your aircraft to target by following highways, I guess. And turn off the audio so it wasn’t constantly nattering “recalculating… recalculating… make a U-turn… Your destination is on the right…”

You would just have to navigate your aircraft to target by following highways, I guess.

The military equipment would need specific chips to be repaired, while I assume the stores in Russia still have a stock of automobile GPS units available. Whatever works

Whatever works indeed. I recall that, during the first Gulf War, allied fighter airplanes weren’t equipped to detect the obsolete K-band radars that the enemy was using. So a call went out to Whistler Group for automobile radar detectors (fuzzbusters), which were then modded. A spokesperson from Whistler mentioned being highly impressed by the skills of the United States military technicians saying: “They knew exactly where to drill the circuit board and which modifications were necessary.”

May be an urban legend, but the story was that the president of Whistler Group offered to sell all of the detectors the government wanted at the civilian price, but refused to do any modifications or fill out any paperwork. “If I did that I’d have to increase the price accordingly, and then I’d see my name in the papers in a story about gouging the government. I’ll put them in camouflage boxes, but that’s as far as I’ll go.”

IIRC, consumer GPS devices are programmed to not work at excessive speed, precisely so they can’t be used in a guided missile. And a fighter jet’s speed is comparable to a long-range missile’s.