Well, we had the Undeniably talented artists/performers who are also, undeniably, horrible people thread. And I like to read about who the assholes are, but I need some perspective now. And I realize that great talent is often accompanied by perfectionism and egomania…but who are the good guys?

ETA - oh, how about Fred Rogers? He was a talented pianist and created and starred in a children’s show beloved by generations of children, although maybe much more gentle than what you first think of in terms of “artist”.

How can we possibly know?

Tom Hanks SEEMS like a swell guy. Is he? Im not entitled to an opinion. I’ve never met him, never talked to him, never dealt with him. All I know about Hanks is what I’ve seen on Entertainment ***Tonight ***or read in People.

At different times, I thought Mel Gibson and Bill Cosby seemed like nice guys, too. I guessed wrong about them. So, I’m not inclined to state categorically that any other celeb is an admirable human being.

I’ve met her in person and she’s called me on the phone to thank me and compliment me on a video I had made for one of her songs. She is a sweetie, and you’d have to dig pretty deep into the sewers to find anyone who would say otherwise.

Both of these have already been mentioned in ‘bad guy’ threads.

To be fair, the mention for Jimmy Stewart was dubious.

The first person I thought of was Weird Al. The second was Dolly Parton. And if I’m wrong about these folks, I don’t want to know! 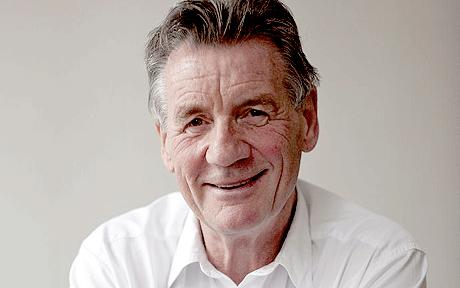 He’s been a Python, a star television traveller, and even a 'serious’ screenwriter, but does Michael Palin like being Britain’s Nicest Man?

Both of these have already been mentioned in ‘bad guy’ threads.

Burns visited my fair city about 12 years ago, and reportedly was extremely unpleasant to deal with.
However, that’s the only thing I’ve ever heard about him one way or the other, and one episode shouldn’t define a person’s reputation.

When filming in the Princeton area for the movie I.Q. I heard nothing but good things about Walter Matthau. He hung out at the local bars and restaurants. Made no attempt to distance himself from fans or the general public. He basically made friends with the community. Beyond that I really don’t know but he made a good impression then.

Although Henry Winkler may not be considered a great talent, when you think of it he’s been damn good in just about everything he has been in. And he is an author of many books including a children’s series about a character with dyslexia (like he suffered with diagnosed). Anyone I have heard speak about Henry Winkler basically says he is the nicest person they ever met. And it comes through in his interviews.

It seems to me that Tom Hanks takes a lot of care not to be rude to people. Maybe he’s a raging misanthrope inside, but I have to ask, if you spend all your life acting like a nice guy even though you don’t really feel like a nice, does that mean you’re not a nice guy?

A guy who does unbelievable rude and obnoxious things isn’t a good guy just because deep down inside he doesn’t feel like a bad guy. He’s still an asshole.

I think we have to separate a few things here. The first is being rude or distant to strangers. I think a lot of celebrities can be distant to fans who walk up to them while they’re trying to live their lives without being an asshole. And being super-polite to fans doesn’t make you a nice guy either, plenty of celebrities are perfectly nice to fans public but scream at their assistants. The fans are giving them what they want, which is worship, so of course they love the fans, but everyone else gets treated like crap. Yes, belittling or being rude of fans is being an asshole, but saying “Hi, nice to meet you, goodbye now, I’m going on with my life” isn’t.

The next is treating co-workers and waiters and cabbies and so on decently. You don’t have to make friends with everyone, but acting like a decent human being to everyone goes a long way. And some people with the “super-nice” reputation just work hard to treat normal people around them decently. And there are others who sing and dance and blow kisses to the audience and then go back stage and scream at their assistants and fire people. That’s your 90s Rosie O’Donnell, who’s reportedly a lot easier to deal with now that she’s not pretending to be nice.

Then there’s just being charming. Some people have the knack of making everyone they meet like them.

Then there’s things like sending a check when they find out your grandma needs a kidney, mentoring people, volunteering time, donating money, working as a spokesperson for various causes and so on. There’s not being an asshole, which doesn’t take that much effort, and then they’re things that really burn calories. Again, some of this is ego-driven. You like the idea of your name on a school in Nigeria, it makes you feel like a big shot. On the other hand, kids in Nigeria get a school, and if all it takes is kissing your ass a little and making you feel like a big shot, then it’s probably worth it.

Then there’s the “Not having a hidden psychopath side”. You can be nice to fans, professional with co-workers, volunteer to help disadvantaged kids, and still rape and punch the occasional model every so often.

Can’t this thread start and finish with Danny Thomas?

Then there’s the “Not having a hidden psychopath side”. You can be nice to fans, professional with co-workers, volunteer to help disadvantaged kids, and still rape and punch the occasional model every so often.

Or (allegedly) murder an ex-wife and waiter.

These people have been very nice to me and others, treat animals well, are nice to fans, seem to love their wives and kids, and act genuinely nice. Maybe it’s all for the cameras and social media (besides behavior I’ve seen in person), but I don’t think they could keep up an act for so long with so many people.

Robin Finck (guitarist for NIN and Guns ‘n’ Roses).
Trent Reznor (NIN) - he probably could fit on the other list too but really he does a lot of very nice things for people. He’s got a “bad rap” as a perfectionist control freak. He apparently does want his things the way he wants them. Oh well, it works for him.
Justin Meldal-Johnson (former bass for NIN, Beck, Tori Amos, others).
Josh Freese (former drummer for NIN, Weezer, Devo, and about a hundred other bands).
Gary Numan - probably the nicest and most self-unaware rock star I have ever met.
Chad Gray (Hellyeah) - incredibly well spoken and thoughtful.
Garry Marshall - just really friendly on set at least.
Colin Hay (Men At Work).

I’ll leave it to the reader to decide if he’s talented, but Adam Sandler has a reputation as one of the nicest guys in show business (and also extremely intelligent).

The late Don Knotts was famous for always being willing to sign autographs, make photos, or chat with fans. Jonathan Winters would famously approach fans and start conversations.

I’ve met Beau Bridges on a couple of occasions- both of them fan-fests type functions- and he was super nice both times.

Also from the Mayberry-verse: Jim Nabors is said to be extremely nice/generous/gracious. Very reclusive these days due to age and health, but back in the day I mean.