What a bad First Date. Maybe the worst ever?

It was her apartment and deck railing. I’d bet that she sat out there every night having a smoke. That railing was probably just tack welded. I hope they warn everyone in that building. The welds on those balcony railings need to be inspected ASAP. 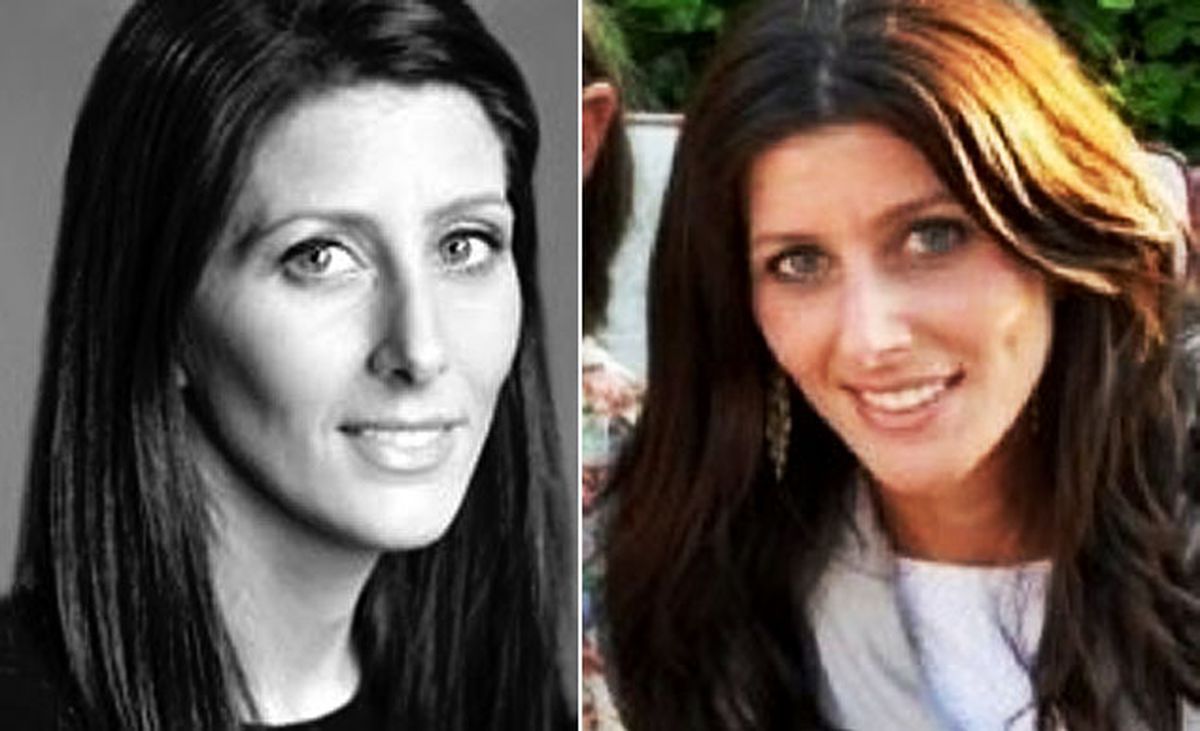 Ad exec, 35, on first date plummets to her death when 16th-floor balcony...

An ad exec on a first date plunged to her death early Thursday at her upscale midtown apartment after the railing around her 17th-floor balcony suddenly buckled, police and neighbors said.

A first date ended in unimaginable horror Thursday when an ad exec plunged to her death after the railing of her narrow 16th-floor balcony suddenly buckled.

Jennifer Rosoff, 35, brought Stephen Close back to her apartment on E. 57th St. near First Ave. after they chowed down at Maya, a Mexican restaurant about eight blocks away.

They walked through a set of French doors that open to the balcony. Rosoff was smoking a cigarette and had a drink. She sat on the metal railing about 12:45 a.m., which instantly made Close nervous.

“He advised her not to sit on the rail,” said Paul Browne, the NYPD’s chief spokesman. “She said that she had done it before and wasn’t worried. She didn’t think it was a problem.”

Close, who lives nearby, told detectives that he heard “two cracks or pops.”

The metal railing at Stonehenge 57 bent, sending her falling backward 140 feet. She landed on construction scaffolding outside the first story of a building in front of the Sofrito restaurant and died instantly.

Na. I’ve had worse. Dying would have been a better option on one first date.

I heard of one date where the guy did pull-ups on the outside of the balcony railing, didn’t have the strength to get back up, then fell to his death. Has anyone heard of that?

I read about falls from balcony railings pretty often. Usually alcohol is a factor. They try to stand on it, do pull ups maybe even hump their partner against the rail.

I noticed the article indicated alcohol might not be a factor in this lady’s death. That railing looked really sturdy. I can understand why she felt safe sitting on it. People don’t realize how easily a bad weld can crack.

I’m on the fourth floor, so I would only be maimed. But my balcony railing is glass and metal and comes up to my shoulders as I stand at it, so there’s no casual sitting on it; that would take deliberation and work.

I’m on the fourth floor, so I would only be maimed.

Gravity is a bitch.

Actually, there was a thread about falls. I only skimmed, but of the cited studies, I see median lethal fall at four stories or 48 feet, depending on the study. So you’d be about 50-50.

I thought I had been on bad first dates until I read that.

Should have skipped the flan.

But think about this guy’s future dates: suppose he hits a dead spot in the conversation–this subject would interest any date.

In positive news, there is a job opening and an apartment available in New York.

Next day at office:

“Hey Stephen - how was that date with the hottie yesterday? Did she fall for ya?”
I am not a great fan of heights and doubt seriously I could even sit on a balcony with someone sitting on the edge like that…I am SURE I would have asked her to sit elsewhere, even if she felt safe, just so I wouldn’t be a nervous wreck watching her sit there. Then again - might have made me look like a wimp - but don’t care.

Nice to have met you!

And smoking takes another life.

In college I had a friend that was afraid of heights, and when we’d hang out on his balcony (second or third floor) I’d climb over the railing, facing the door, and lean backwards, holding onto the rail…just to make him freak out.

It was a new building with very sturdy rails, so I was never all that concerned…although I don’t know that I’d do it now. Maybe after a few beers. It’s far from the most death-defying thing I’ve ever done.

Usually when you hear of a balcony collapse, it’s at a party where dozens of drunk college kids cram onto a balcony and it gives way.

I learned, today actually, that a fall from three stories is considered survivable, four generally isn’t. Thanks to the Fire Marshall for that bit of trivia.

Nice to have met you!

But think about this guy’s future dates: suppose he hits a dead spot in the conversation–this subject would interest any date.

What if he’s wearing a yachting costume and doing a Cary Grant voice? (OK, that’s probably too obscure).

“He advised her not to sit on the rail,”

Damn, and then it broke. This kind of shit just encourages mansplaining.