What are some well-rounded "parks" you can think of?

Ones that ticks off a lot of “boxes” for whatever you consider to be a “park”?

For me, the most well-rounded I’ve come across is Hampstead Heath in London. It has:

– Places of natural interest (stands of mature woodland)
– Places of natural recreational interest, i.e. places mainly suited for walking, picnicing, and generally enjoying nature regardless of its environmental or geographic notability, kind of like what I think of when I hear “regional park” as an American or what I imagine a British “Country Park” would be by only having read about them on Wikipedia
– Places for organized sport and swimming
– A small bandstand for events
– Cafes
– Historical buildings, one with a museum
– A playground

The only things I can think of that it doesn’t have are a lot of theme park style activities such as a miniature train, crazy golf, or a carousel (although the former would detract from the view), and camping.

You’d think that it would be impossible for a park to have it all, as camping and theme park style activities would seem to be mutually exclusive, but there is a campground at Disney World which seems amazing given the penchant for Floridian rain.

Can anyone else think of some more well-rounded parks? I might actually want to go to some of them, since while I am not as much interested in the organized sports aspect of the parks, just including it on the list of for completeness purposes, whenever I go to a city, I try to go to its parks if I have a chance, and going to one that is open space for its own sake, and naturally notable, and historic is better than one that is just the former.

It’s not massive but they seem to have packed in everything you’d expect from a park. It even has a quite decent free zoo; plus a rose garden, cafes, rowing boats, wild deer, bikes to hire, statues, beautiful landscaped areas, an art museum, mini golf, playgrounds and puppet shows. I remember being quite struck by how complete it was. 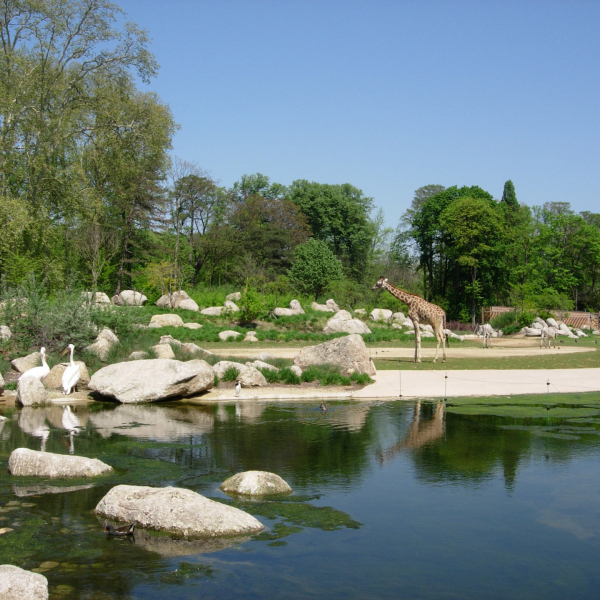 The largest and most popular of all the parks in Lyon is the Parc de la Tête d’Or…Inaugurated in 1857, this urban park inspired by English landscape gardens covers 105 hectares of land. Its 17-hectare lake was created from a branch of the Rhône.

Mind you, it doesn’t have a planetarium in it like Greenwich Park in London does.

Griffith Park has an observatory/planetarium, a zoo, a train ride, merry go round, horseback riding, bike trails hiking, camping, at least one museum, and even a large concert venue (Greek Theater) on its periphery. But its greatest appeal is the magnificent view of Los Angeles.

I was really surprised by Stone Mountain Park outside of Atlanta. I went to see The largest bas-relief sculpture in the world and to hike to the top of the mountain. I didn’t realize how big the park was and how many recreational opportunities there were there.

I totally forgot about planetaria and zoos!

Hampstead Heath has views of central London, and I’m also reminded of Cahokia Mounds, from where you can have good views of St Louis. When I visited it, the largest mound turned out to be a guilty pleasure because its crowning aspect of awesome are its stairs which make it look like an Aztec pyramid, but which were actually installed in the 20th century to prevent erosion.

It has a zoo, a rose test garden, walking trails, a Japanese garden, an amphitheater, the World Forestry Museum, a very simple and moving Vietnam Veterans War Memorial and an arboretum.

Central Park in New York City is a marvelous place. It fits most of the criteria:

Parts of it are forested, especially at the north end
There is a lot of interesting geology, and walking trails through among the rocks
There are ball fields and open spaces for sports
There are concerts and spaces for theatre including a famous Shakespeare presentation
There are several playgrounds, and a zoo

There aren’t any museums in the park, but several world-class ones are nearby.

I’m also reminded of Cahokia Mounds, from where you can have good views of St Louis.

St. Louis also has Forest Park, which has:
~Museums
~A planetarium (inside the Science Center)
~A greenhouse
~A boating pond/lake/whatever with rentals
~A restaurant (The Boathouse)
~A zoo
~An amphitheater where they do musicals. They also do Shakespeare in the Park, but it’s in a different location. I’m not clear on whether/how often/what kind of music concerts they have there, but I would be surprised if there aren’t any.
~Several playgrounds
~An ice skating rink
~Golf courses and tennis courts
~Wooded areas
~Loads of walking paths
~Wedding venues

Pretty much all of it can be done for free, too. Even the shows at the Muny have free seats in the back. The zoo and museums, all free.

Basically, if you come to St. Louis and you ask anyone what there is to do, virtually everyone will mention at least one thing in Forest Park, if not Forest Park itself.

I’ve not got time to look up all the features, but I recall that Volunteer Park in Seattle has a lot of “well rounded” features. Other parks in the area, such as Discovery Park, are more “natural” and wild, while others like Volunteer park have more buildings and “urban” infrastructure.

Richmond Park, on the outskirts of London, most definitely meets those criteria.

There are lots of other London parks I can think of that have everything except the “places of natural interest,” which is unusual in a city park. It’s the only thing lacking from Central Park and Griffith Park, which are otherwise fantastic. Depends what you consider a “place of natural interest,” I guess. I mean neither of them or most London parks apart from Richmond and Hampstead Heath have woodlands that are over a couple hundred years old, or younger but ecologically significant in some way, and aren’t really all that wild in the way they feel.

I personally also wouldn’t a park that’s not enclosed, because otherwise Lee Valley Park in East London has everything, including a proper forest, camp ground, extensive riding stables and an ice rink, plus the usual stuff, but it’s really several separate areas rather than one proper “park.”

It would be remiss to overlook this well-rounded park: 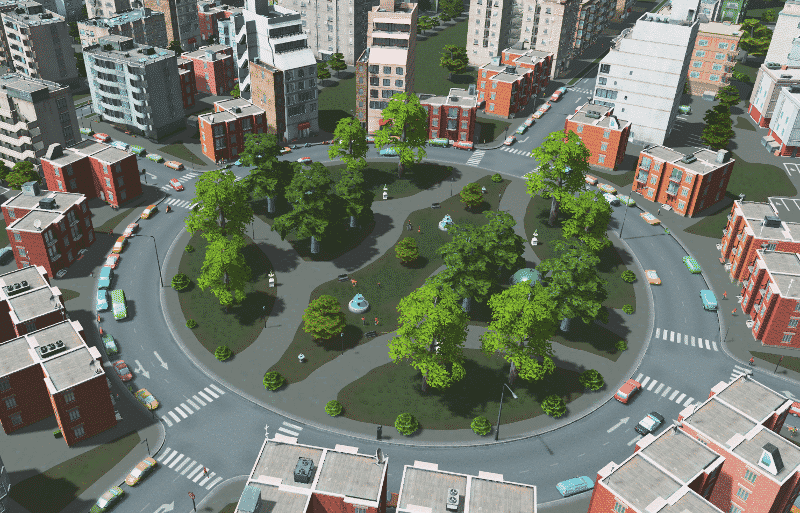 (It’s not clear if any such park really exists. This photo appears to be from some video game.) 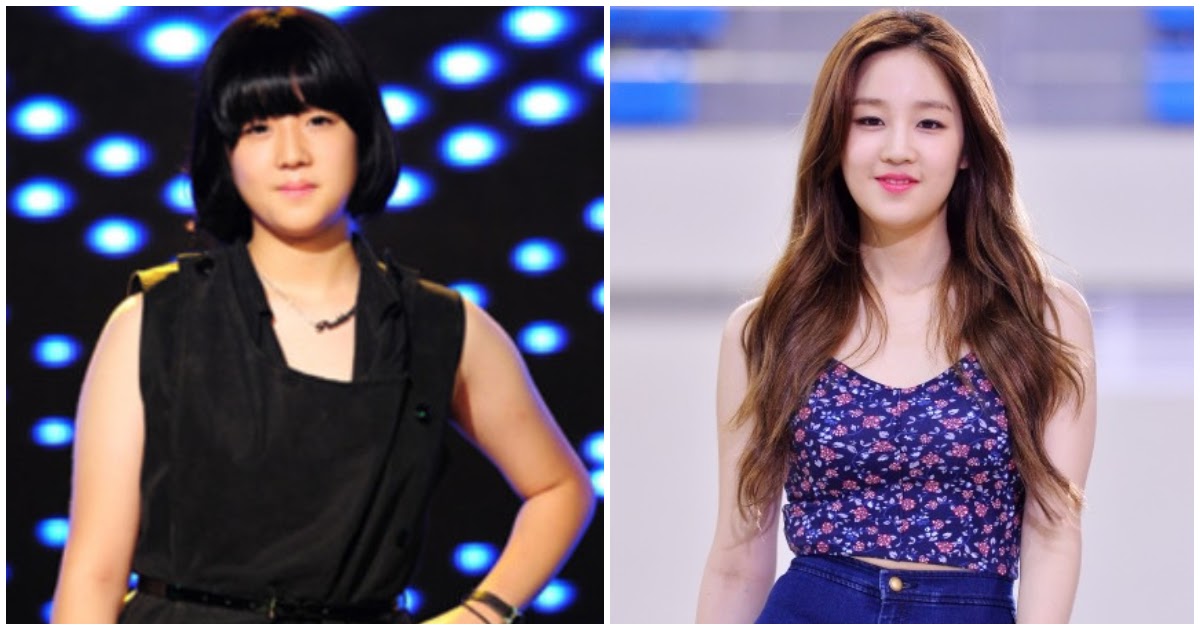 Singer Park Bo Ram recently made a radio appearance on SBS's Cultwo Show where she explained how she used an all-banana diet to lose 70 pounds.

There are lots of other London parks I can think of that have everything except the “places of natural interest,” which is unusual in a city park. It’s the only thing lacking from Central Park and Griffith Park, which are otherwise fantastic.