What are you feeding your pets since the food recall?

Since I didn’t want to hijack this thread I thought I’d start my own.

The recent pet food recall has left me very wary of the entire pet food industry. Just a year ago I was on the dope asking about raw diets and gathering information to try to offer my pets a healthier diet. At the time they were eating Purina wet and dry products. (I have two big dogs and four cats.)

I opted for Nutro brand food for all six of my fuzzy faces and felt confident that I made the right choice. The only thing I changed in the past year was that the cats had to switch to Science Diet because one of them began developing crystals in his urinary tract.
All was going well. Then the recall. WTF? Nutro and Purina and freakin’ America’s Choice even, all come from the same place. Are you kidding me?
I am so angry. Words don’t do justice. All along my pets were getting the same crap as before only I was paying twice as much for it. Nice.

At any rate, I continue to give my cats the Science Diet dry. My dogs are finising thier bag of Nutro dry and I have given the cats Purina’s Fancy Feast for their wet. I haven’t decided yet what I will switch to ultimately. I’m thinking Science Diet wet since my vet is confident in them but I’m not sure.
So to get to what I really wanted to discuss, what are my fellow Dopers feeding their four-legged friends?

I give my dog a combo of Natural Balance and food that I cook. 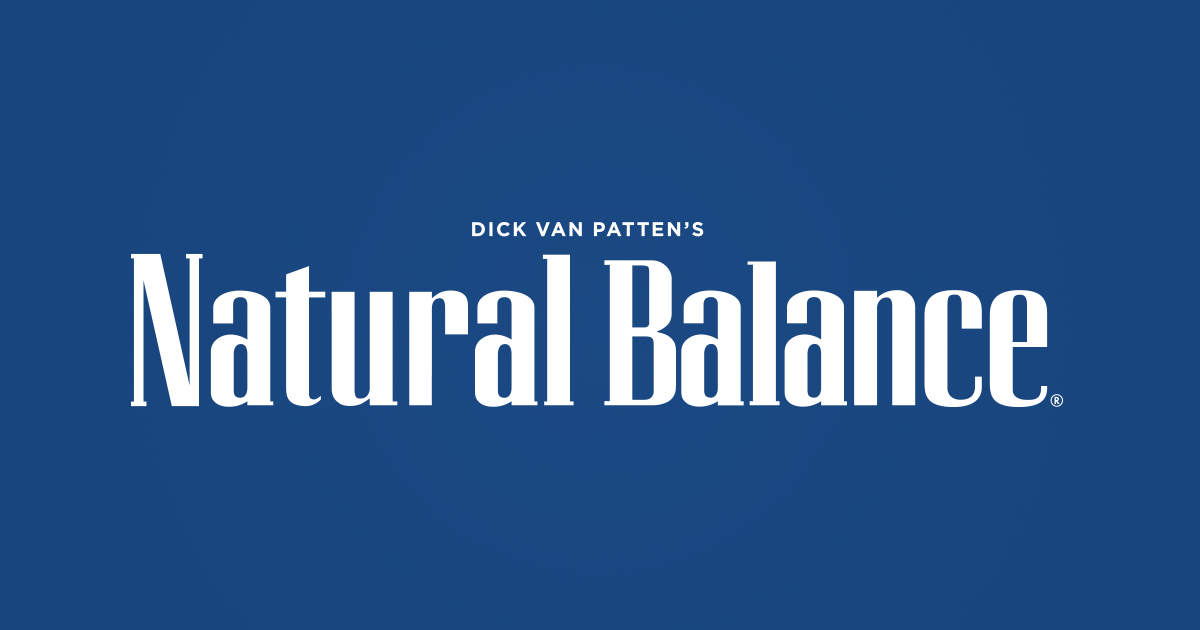 At Natural Balance, we know the dog and cat food you feed your pet is important. That's why most of our formulas include limited ingredients to let your pet thrive.

I switched to Wellness several years ago on the advice of a groomer - we were having a lot of trouble with shedding and she had some theory about it being related to food. Whatever. We figured it was worth a try, and ultimately went with it because our doggies seemed to love the taste.

Now, I’m happy we did. It’s not on the list of bad food, and I have some warm & fuzzies about it because it contains mostly human-grade food. Not that it’s a guarantee that it can’t go bad, but I figure stuff made for humans is subject to a little tighter control than stuff made exclusively for animals. After all, there’s a reason there’s a difference.

We have raised multiple long-lived and general healthy dogs on dry pet food. Despite the current uproar, the industry seems to have had a good record long-term for turning out a decent product.

I wonder though if pets are healthier and longer-lived today than their predecessors who were fed scraps (excluding the medical care that was unavailable to them in the past).

I don’t know if they are healthier. Cancer has gone through the roof with dogs.

Hmmm, the Wellness foods and the Natural Balance look intruiging. Have your veterinarians commented on your selection?

I have to say that just because the food comes from the same place, doesn’t mean that you’re paying twice as much for the same food. Its not like the factory only makes one thing and puts it into different bags.

Also, if you can get it, Solid Gold is a very good food. Its expensive, but it uses human-grade ingredients and has a variety of protein sources for animals with allergies.
http://www.solidgoldhealth.com/

I have to say that just because the food comes from the same place, doesn’t mean that you’re paying twice as much for the same food. Its not like the factory only makes one thing and puts it into different bags.

This may be the case *some * of the time. My friend’s son works at a pet food packaging plant in Ohio and he told me that all they do is stop the machines, change the packages and then load the bags with the same food.
I was *not * amused.

Eukanuba dry food, still. This was made separately from the wet stuff and our cats love it, so we saw no reason to change.

Here’s the price list for Solid Gold. It really depends on the type and quantity. Just a disclaimer, my dog doesn’t actually eat it, because Guide Dogs only has a few approved foods and this isn’t one of them.
I worked at a store that sold it, and everyone who came in said it was well worth the cost to them for a healthy food made of meat and stuff, not chicken fat and corn.

My two spaniels get dry food only. Rarely a bite of table food, like a pizza crust. Wet food makes them toot and causes more/faster build-up of schmutz on their teeth.

I should qualify, FWIW, that they get lamb and rice formula food, and always a brand where animal protein is the first ingredient, not corn nor wheat. They’re dogs, not cows.

I’m not sure of the price exactly but it’s not much more expensive and easy to find.
My dog likes the canned and dry. The canned doesn’t look or smell like dog food.
I’ll look around and see if I can find the price. My dog isn’t that big and doesn’t eat a lot. It would take her 3 days to eat a can.

Here’s a price I found online. I can’t remember if it’s the same as what I paid. A bag of dry food lasts quite awhile for my dog.

Ever since my previous cat developed kidney failure, I haven’t fed a drop of the usual store brands or big name brands to either of my cats. Wysong was a primary food for Mew (our previous cat) because it had the best balance of the nutrients she needed (and didn’t need), while being made with all natural ingredients and no by-products. Emma (our current cat) gets Innova, both canned and dry, also all natural and by-product free, primarily because she’s a fatso and they make a really good “lite” food that’s helping her in that regard, while still being fully nutritious.

And you’d be amazed at how many products that come in different packaging are actually the exact same thing. In fact, another product we used for Mew to keep her healthier during her CRF was Nutri-Stat. We switched to this after having started her with Nutri-Cal, which was recommended by our vet, after I noticed the similarity of the packaging and phoned the company directly to ask about the difference, if there was any. I was told that they are the exact same product, squirted out of the exact same vat into different packaging, depending on where it was being marketed. Nutri-Cal started out as being marketed as available through veterinary offices only, and it came with a premium price tag. The Nutri-Stat was sold in pet stores for a much lower price. They’ve since made both products available in stores, but still get away with charging a slightly higher price for the Nutri-Cal because it’s still associated with having been a veterinarian-quality product. And they’re exactly the same.

ummm… I seem to remember that Wellness is about $30 for a 20 pound bag. We have pugs, that lasts a couple months for 2 of them. I only feed them dry food because I’ve long thought wet food is disgusting, and now we find out it’s unsafe!

My vet knows that’s what we feed them, and while he’s never gone out of his way to tell us it’s wonderful or anything, he’s never said anything bad either. I get the feeling that he thinks any of the “premium” dog foods are fine. Of course, I haven’t talked to him after this whole latest scare. But I did discuss diet with him a few weeks ago because one of my dogs had a bladder infection. When we told him we fed her Wellness he said “good.”

Oh - one more thing - I’ve definitely noticed a difference in how much they eat on wellness versus other food. They simply don’t eat as much. It must be more filling or something. So a 20 pound bag of Wellness last longer than the other stuff we’ve tried.

Too late to edit, this is the type I get in dry.

I mix the wet in and you can see all the vegetables in the can.

My Rat Terrier is almost 12 now and has always had Purina Dog Chow. Well, he had puppy chow when he was a puppy, but liked the big dog’s dog chow so that’s what he started getting when he was maybe a year old.

I know Purina Dog Chow doesn’t seem to have very rave reviews here, but other than the gray on his muzzle you’d never know he wasn’t a puppy (or at least much younger). The vet always compliments me on how great he looks, and he’s a healthy little dog. Firm stools, exceptionally regular, bright white teeth (the vet commented that his teeth were great for a small dog, evidently some small dogs have teeth troubles), perfect coat, has no “dog odor”, to say he’s active would be an understatement. I couldn’t be happier for him. He does get an occasional dog treat, Beggin’ Strips, but the vast majority of his diet is Dog Chow.

So purely anectdotal dog food story, but I think the little guy is show quality IMHO.

Innova evo and raw. I was paying $18 for a 13 lb bag, but that size has been discontinued, so I don’t know what the price is now. My 25 lb dog is only supposed to get 1.25 cups per day, so the food lasts awhile, even when his meal wasn’t getting supplemented with other stuff.