What do you think will happen when the water level at Lake Mead falls below 1050 feet?

Lake Mead sits just outside Las Vegas, created by the construction of the Hoover Dam back in the 1930s. Lake Mead is the largest capacity water reservoir in the US and that water is used, in part, to generate electricity at the dam.

Hoover Dam has 17 turbines that generate electricity. 5 of those have been upgraded to newer, more efficient models that can run at lower water levels than the previous/original turbines.

The 12 that have not been upgraded cannot function when the water level in Lake Mead is below 1050 feet. (The newer models can run until the lake falls below 950 feet.) 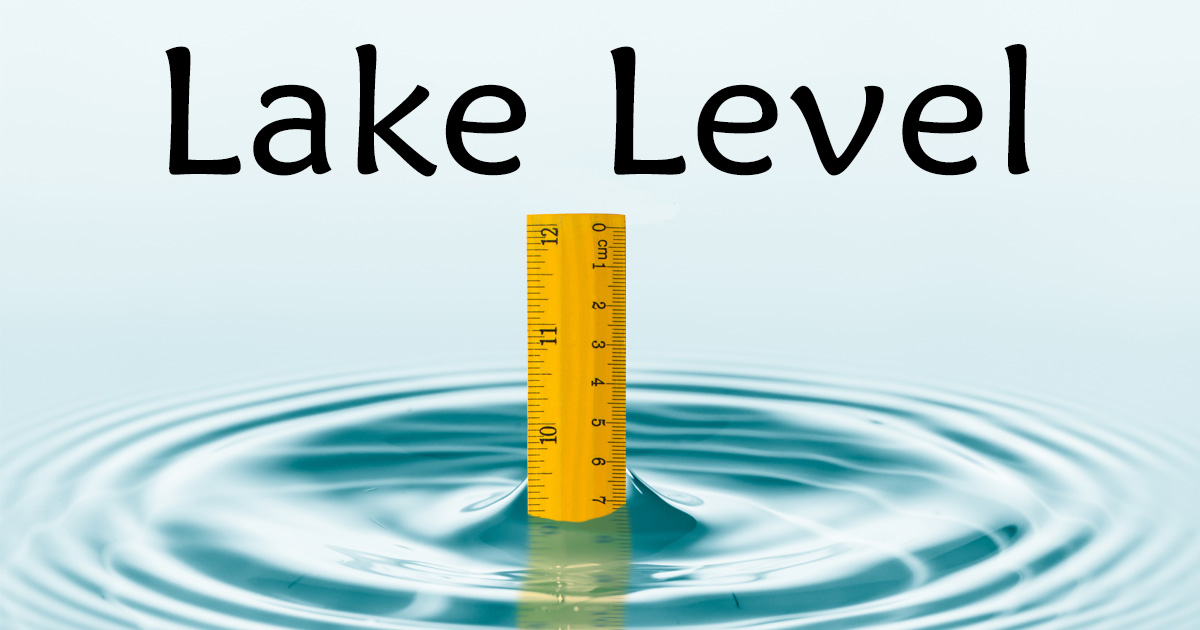 Available public projections from the Southern Nevada Water Authority and others talk about the possibility of Lake Mead dropping below 1050 feet in April 2023, but offer little (or no) description of any adverse effects: 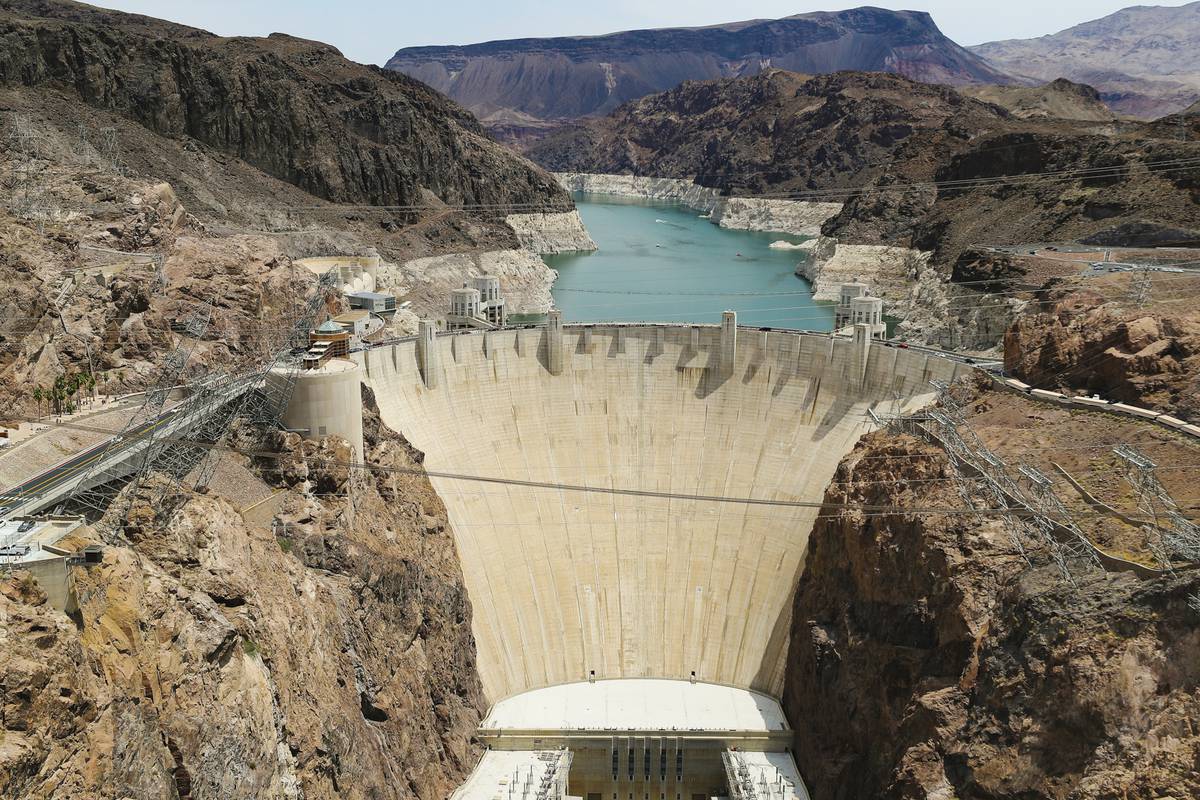 After decades of drought, Nevada is expected to be under a federally declared water shortage beginning next year. The stewards of the water and hydroelectric power that the Colorado River produces by way of the Hoover Dam and Lake Mead have...

The water from Lake Mead also goes to cities and agricultural endeavors all over the southwestern US, and the lake’s falling levels made headlines this summer as authorities acknowledged the need for water restrictions.

What do you think will be the immediate and long-term effects of Lake Mead falling below the 1050 foot water level?

If you think it can’t or won’t ever happen: why do you think that?

Republicans will deny that it’s happening, insist that it’s all a hoax, and stubbornly resist all pressures to conserve water and energy because freedum!

Biden will announce a mandate that all companies of over 100 employees must shut for two days a week, but that will be tied up in lawsuite for 100 years.

Biden will pass a law calling for the creation of Lake Mini-Mead. This will involve building even more dams along the shorelines of the existing lake, but positioned such that the current volume of water will result in a smaller surface area, but deeper lake.

Basically just squeeze the water into a smaller area.

I am reminded of the Sam Kinnison joke that never made any sense. He was talking about the famished third world kid and the film crew that probably had a sandwich. He furied: “We have deserts in America, too! We just don’t live in them!”
Yeah we do, Sam. And our deserts don’t have water, either.

Republicans will deny that it’s happening, insist that it’s all a hoax, and stubbornly resist all pressures to conserve water and energy because freedum!

I think this is partially true, because in my area of NorCal the Republicans are advocating more dam construction to meet water needs (as opposed to conservation). So at least there is acknowledgement of a problem, but with a different approach to solving it.

The good news is that Lake Mini-Mead will only cost…
ONE MILLION DOLLARS.

It’s not only Canada. It’s also all the Great Lakes states. And I’m betting “we” won’t.

Not impossible, but certainly impractical.

The importance of Lake Meade lies in harnessing potential energy in the water through the Hoover Dam. Shipping all that water from the sea level Great Lakes would require far more energy than you’d get back. You’d be better off just shutting down the Hoover Dam and directly using the power needed to transport that water.

Too bad we didn’t have more nuclear power…

The North American rocky mountains store an incredible amount of water from snowfall. As it melts it feeds many large dams and cities (this does of course include agriculture) Climate change is likely going to change that IMHO.

It may be doing it already.

My Wife and I are approaching retirement. I’m a little hesitant on where to go. We DO have water (or snow) where we live. Well we do now.

I used to work on a search and rescue team.

Rule #1 was do not put your self in a situation that you will also need to be rescued.

No, it would be trivial to get water to places west of the Great Lakes watershed. But you’re right that the most needed regions are west of the Rockies which would be a challenge. However, if the water really dries up, they’ll figure out a way, especially since we wouldn’t need to rely on current technology. Route it south of the mountains. Or just send it south to Florida or Georgia after they dry up the fossil water aquafers. Won’t be long now.

It’s not only Canada. It’s also all the Great Lakes states.

Treaties are Federal, States don’t play a role. All it would take is a concerted effort by Nestle or the California almond trade to knock it down.

The Great Lakes–Saint Lawrence River Basin Sustainable Water Resources Agreement is a good-faith agreement among the Governors of the U.S. states of Illinois, Indiana, Michigan, Minnesota, New York, Ohio, Pennsylvania and Wisconsin, and the Premiers of the Canadian provinces of Ontario and Quebec. The agreement details how the States and Provinces will manage the use of the Great Lakes Basin's water supply and builds on the 1985 Great Lakes Charter and its 2001 Annex. It was signed on Decembe Th...

All it would take is a concerted effort by Nestle or the California almond trade to knock it down.

I very much doubt it.

I dunno - how about people start seeing the value of living places where weather isn’t extreme and water is available?

The reason that agreements like the aforementioned exist in the first place is that the Great Lakes represent an absolutely critical resource to the many tens of millions of people living around them. Water levels are carefully monitored because even natural annual variations are of great concern. The idea of plundering the Great Lakes for fresh water in order to support unsustainable lifestyles elsewhere is such sheer lunacy that I hate to even see it mentioned, let alone declared “inevitable”. It would be an ecological and humanitarian disaster of almost indescribable proportions.

Ya-but we have to provide for a way for people to live in deserts without having to experience the inconvenience of the desert not providing much water.

Ya-but we have to provide for a way for people to live in deserts without having to experience the inconvenience of the desert not providing much water.

Which was basically all of Los Angeles, before Mulholland.

Why? How many people? And at what level of comfort and expense?

Exactly. Rather than fucking the planet up further to make Arizona look like Indiana, maybe just move to Indiana. Even if (oh no!) you might need to wear a coat sometimes.

And, with global warming as it is, even that’s not likely to be as large a concern while Arizona just gets hotter and drier.