What inexplicable things does your cat do?

Lately, mine has taken to removing the bath mat from the tub and taking it into the living room. He’s never done it before but now he does it every time. 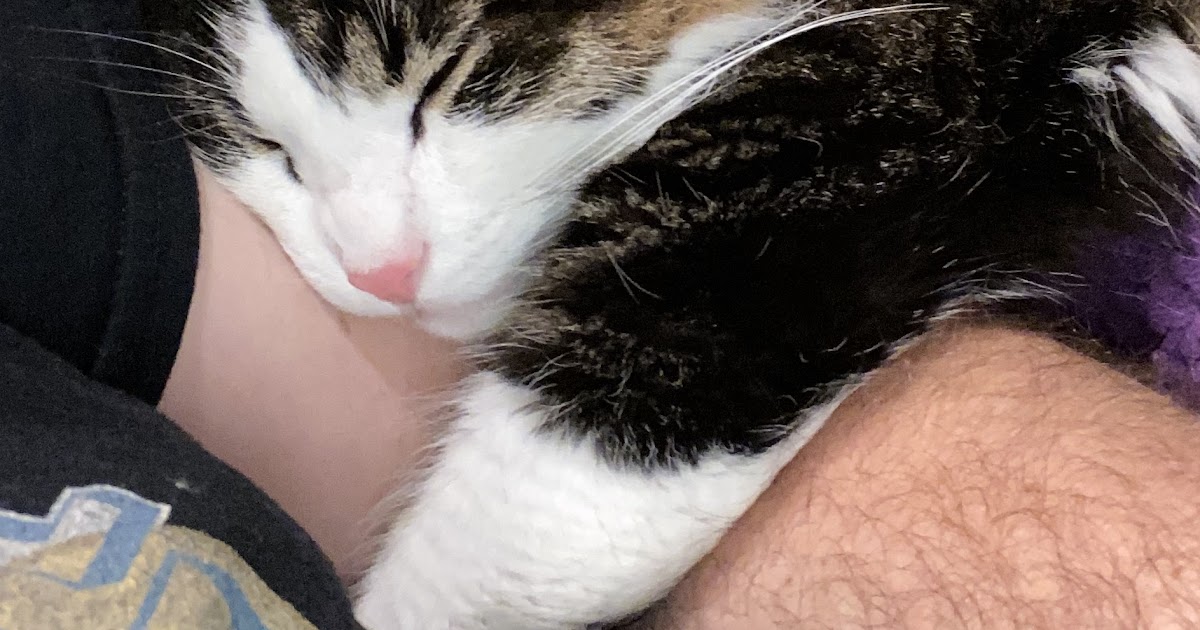 Lately, mine has taken to removing the bath mat from the tub and taking it into the living room. He’s never done it before but now he does it every time.

Hahaha!
Does he lie down on it? Or just bring it in and leave it?

Maybe that’s where the ghosts come in.

I’ve never seen him sit on it.

Or she had the ghost cornered.

My cat leaves dead mice for me under my bed, where I don’t find them for too long. I now check under there at least once a week just in case. Cats are supposed to leave stuff like that out in the open so you can praise them, not hide them to terrify you when you go to see where all the flies are coming from.

One cat will sit outside, staring at the base of the fence, for half an hour, or more. Mostly does so late in the afternoon and early in the evening, especially when it’s starting to get dark.
The neighbor is growing something on the other side - I’m not sure what it is. Maybe something about that’s what the cat is so interested in?
Here’s the plant.
And this is the cat - Hash by name.

The plant is a nettle. Nothing anybody grows on purpose.

Occasionally my female Siamese will fall asleep sitting up with her head down between her front legs. We say she’s trying to relieve her kitty-migraine.
My male Siamese. Where do I start?
He likes to sit on top of doors. Yes just regular doors. I don’t know how he balances up there so long.
He tears his liver treats in pieces before he eats any.
He chews his nails, or sharpens them, not sure which.
He never jumps directly on my lap. It’s the arm of the chair, the back of the chair, my shoulder and verrrrryyy carefully steps onto my lap.
He uses the actual toilet for poop. He doesn’t flush.
He likes lettuce.
Never ever forgets if you disturb his nap.

Huh. He’s got a fair plot of it, about 3m X 3m. Looks pretty carefully cultivated, too.

In case you’ve never tried it before, there is a Google Lens icon in your linked page. Bottom right, rounded square with big dot in the middle and small dot in the bottom right. Click on that and it will attempt to identify the image.

Ah, thanks for that - didn’t show up on the web page, but does on my phone.
Anyway, best I can figure is he’s watching for whatever little beasties might be living under the plants, who might venture under the fence.
That, or he’s just weirding me out.
Speaking of, the other cat (Scrubby), will sit on the floor and stare at my wife as she’s sitting on the couch. This gets on her nerves pretty quickly.
Here’s Scrubby, in a shot that pretty well sums him up.

I think it is perilla, also known as shiso. I use it for Japanese dishes, it is related to nettles, mint, balm… and is yummy.

He thinks he’s a lion. 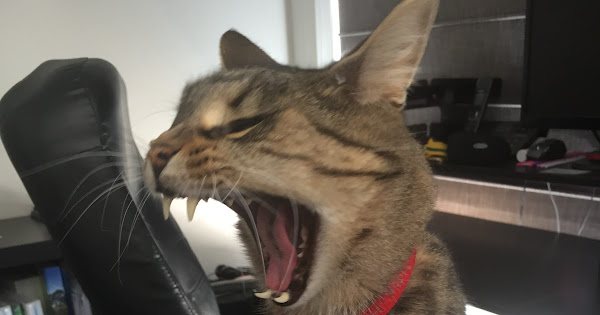 Yarp. That there is a Lion all right. Scary one, too.

A while ago, Cleo decided that her spot was on top of the kitchen compost bin. She abandoned her cardboard box and decided the green bin was the place to be. She sat or lay on it 24/7 for several days. She would leave the bin only to eat or use the litter box. It was a bit of an inconvenience because I had to move her (or wait for her to eat) every time I had to dispose of kitchen scraps. Then, a couple of days ago, she abandoned the green bin so she could sleep on my jacket which I’d laid on the end of my couch. Now I can’t use my jacket. It’s a good thing it’s summer.

I once had a cat who liked kitchen gloves. He would play with them by picking them up and throwing them over his shoulder. Every so often I would find a glove that didn’t match any I owned. I think he was stealing them from the neighbors. This same cat would also try to bite the kitchen wastebasket, which was many times too big to fit in his mouth, and he’d get in wrestling matches with the dishwasher.

I had another cat who would eat Friskies kibble (the type that’s shaped like a little plus sign) by biting off three of the points and letting the fourth point fall back in the bowl. She’d end up with a bowl full of ends, which she refused to eat. I don’t know how she distinguished the three good ends from the vile, poisonous ends.

Many years ago, my family had a very nice cat who would never cry for food from the table or to be picked up or whatever. She would sit up a little bit and then hold her front paws together in front of her as though she was praying. Of course it worked every time.