“Entertainment” is literally the middle name. 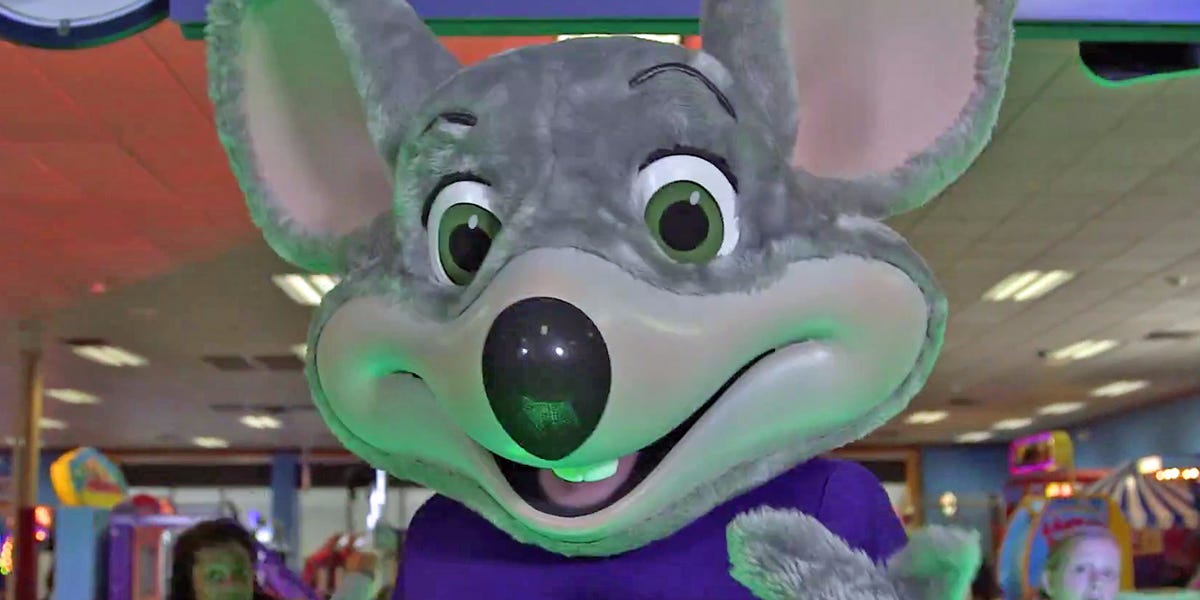 The surprising and horrifying backstory behind Charles Entertainment Cheese

Chuck E. Cheese was once an orphan living in a pizza shop, according to the company's official story.

Thanks for that useless bit of trivia.

I read that article and thought, “A mouse? I could have sworn Chuck E. Cheese was a giant rat.”

He’s certainly a lot more talented than his brother Cedric.

BTW, did anyone other than me have to dress up as Chuck E Cheese? I worked at one of their locations as my very first, minimum wage ($3.35 per hour) job and occasionally was told to put on the costume to entertain the kids. A couple of times we were sent to a remote location. And I (as the rat) was one of the judges of a sand castle building contest, though I was outvoted by the mayor of the city.