What is this musical car horn tune I've heard in old cartoons?

In cartoons of the 1930s (and possibly also the 1940s), I’ve heard the soundtrack use these four notes to represent a car horn: ceGe (in abc notation). The four notes can be heard at the 2:38 mark in this 1938 cartoon:

My best guess is that this type of horn was used only in the most expensive luxury cars–so the “musical joke” would be to play that tune whenever an old jalopy/wreck appeared onscreen.

Any information any of you may have regarding this tune/horn would be greatly appreciated.

It may have been a Gabriel Horn. IIRC, they were patented around 1908 and could produce a variety of tones. Whether they would work when the car wasn’t running, I don’t know.

I would assume the 1-2-3-4 melody was chosen simply because it sounded nice. The alternative would probably have been the “Ah-OOO-gah!” type Klaxon horn. 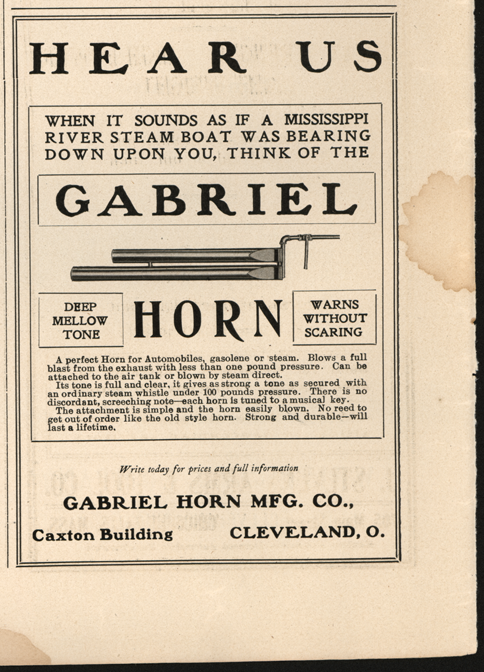 Was the real-life horn that made this tune typically installed in just any old car, or only in special vehicles (eg, taxis, buses, etc.)?

Your “any old car” type of vehicle probably wouldn’t have a horn like that, and ironically the car in the cartoon wouldn’t have sounded like that either.

The car in the cartoon actually has a simple single-tone horn like this: 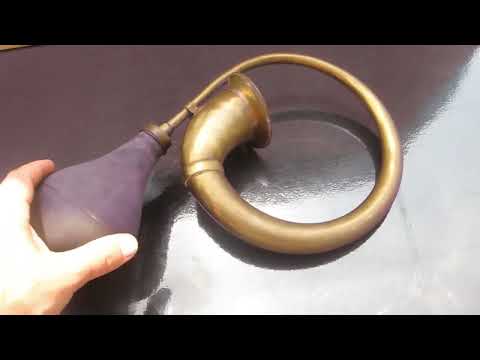 Some of these make two different tones depending on whether you are squeezing the ball or letting it re-inflate.

By the late 1920s, simple mechanical horns were going out of fashion and most folks preferred electric horns. The horn that is in my 1926 Model T is basically the same as this one: 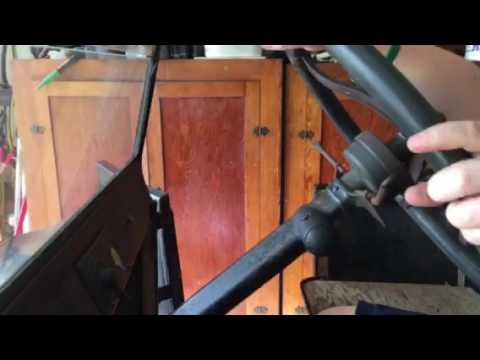 It’s louder than it sounds in the video, but if you really crank up the volume in your headphones that is what it sounds like.

Klaxon horns (aka the “ahooga” horn) were popular: 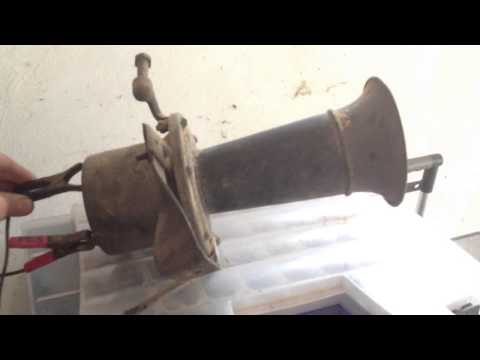 Thanks for the info (and the cool vintage ad!) but it wasn’t the Gabriel Horn, because that didn’t play its various notes sequentially. It played them all at the same time. The effect can be heard here, at the 1:56 mark: 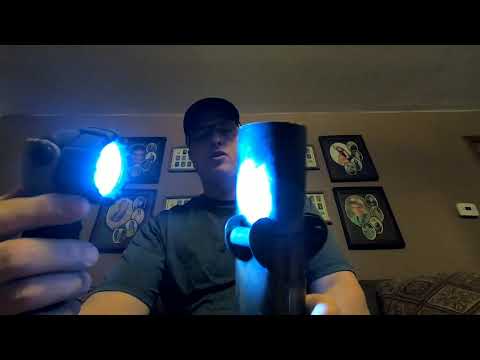 Thanks, that answers that part of the question…but any idea what kind of 1930s car would have used the four-note horn?

One issue that I think is confusing many is that the 4 note musical horn (actually 3 as the re is repeated) you are likely referring to is in the video at the 3:38 mark, not 2:38.

If that is the one, in cartoon production it has the name of “Musical horn” or “Car Horn - Musical ‘re-mi-do-re’” Type. 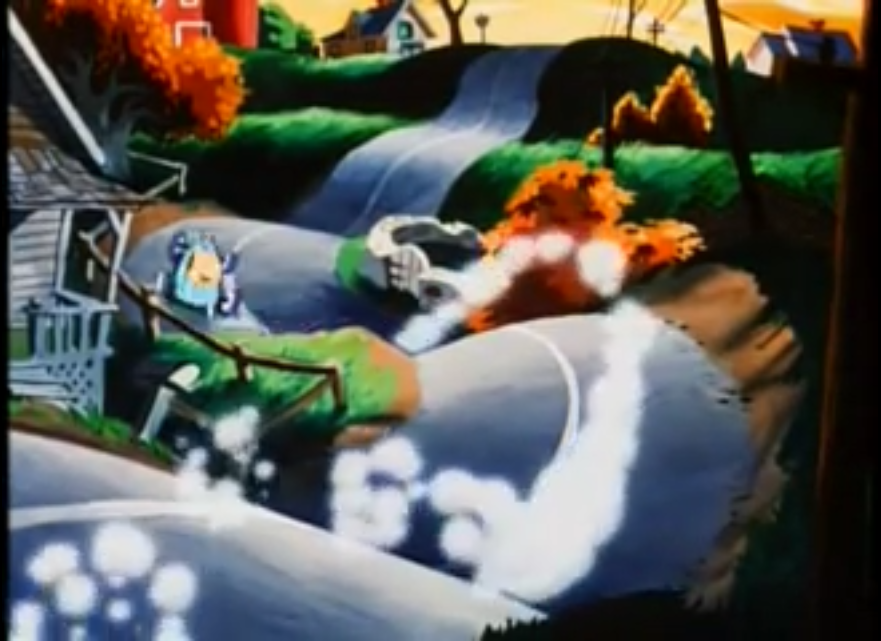 This sound effect can be found on Cartoon Trax Volume 1, which was made by The Hollywood Edge. Car Horn - Musical 're-mi-do-re' Type ( I.e. Showoff In New Car Or Comedy Accent ). SourceAudio America's Funniest Home Videos Arthur (Heard in "An Arthur...

It is possible that the toontown people made fun of the Sparton trumpet musical horn off 20s-30s some seller sources claim that it was a horn added to the Packard Cadillac model T, but others point at the Spartan horn as being customizable and bought as a separate kit to add to your old jalopy and pretend it was a “Studebaker” sound. (Maybe the toon creators made fun of one of their producer’s customized horn)

I find it very interesting, actually incredible, that ten different tunes were offered on the Sparton four trumpet musical horn. As mentioned earlier friends and family often recognized a particular tune and it's owner. 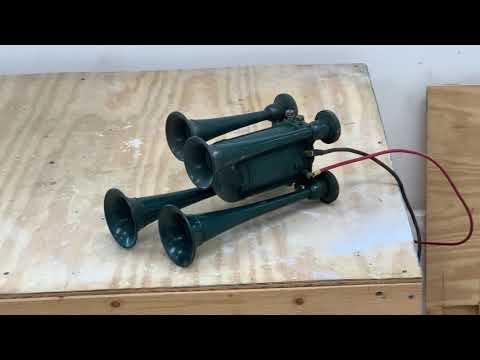 You’re right, the horn does play at the 3:38 mark…but the same sequence of notes can also be heard at the 2:38 mark, played as part of the music on the soundtrack. I indicated the earlier instance because the sequence of notes is played repeatedly and can be heard clearly. In the later instance, the first three notes are clear, but the last note is delayed and not as obvious (unless you’re already familiar with the tune and are anticipating it). I was concerned that folks here would either fail to hear the final note, or think it was a separate sound. Hence, the earlier mark.

Your excellent information about the Sparton horn reinforces my theory that the “joke” was to contrast the luxury car horn with the image of an old, dilapidated jalopy. Thanks!

I know the sound you mean, but I’ve never heard what it was called. I don’t think it was standard equipment. It’s specifically referred to in a song from 1929 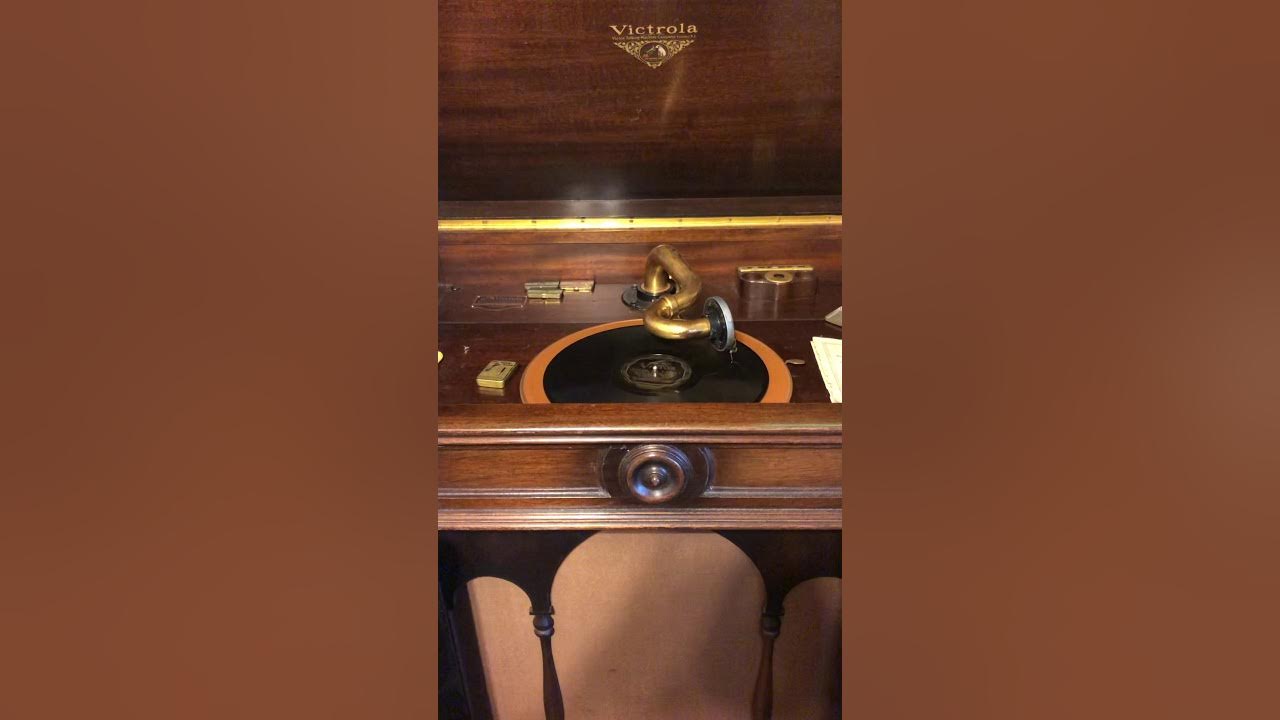 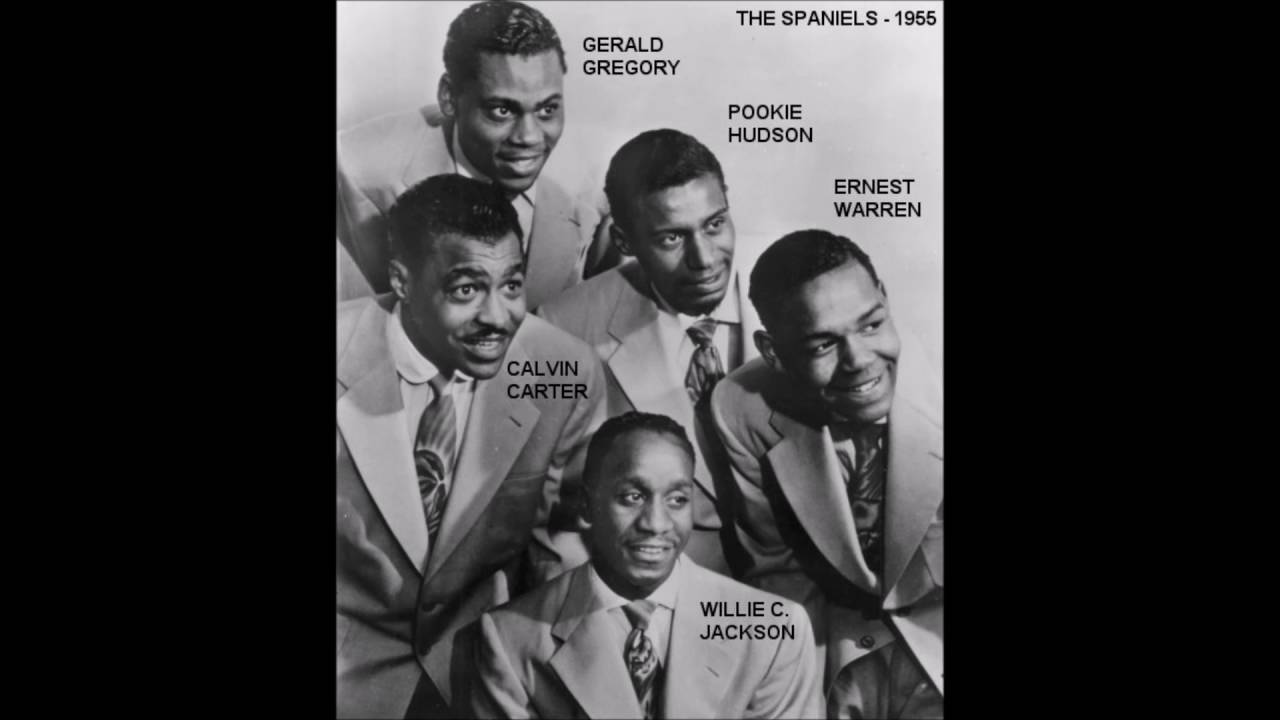 Interesting horn, but the video really sucks. Doesn’t this guy own any light bulbs?

It’s probably not the horn you’re looking for, but Austrian buses use a four note horn. They blow the horn when approaching a blind curve on alpine roads, to make motorists approaching from the other direction aware of presence. 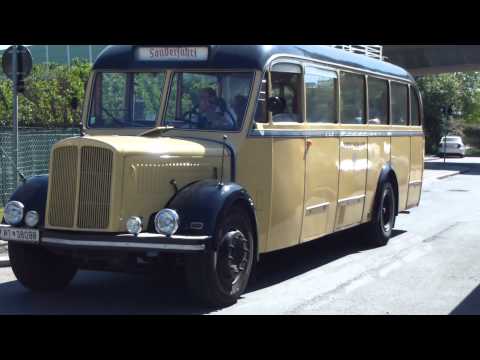 That bus may use a similar design of horn (although, much louder, it would seem).

I think I’ve found some more detail about this. It appears to be a version of bugle call called ‘attention’, seems to have been one of many sold by the Sparton company, possibly others too. 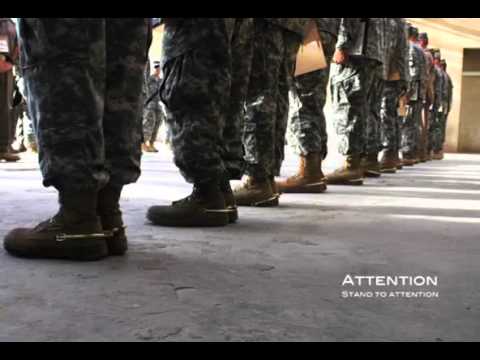 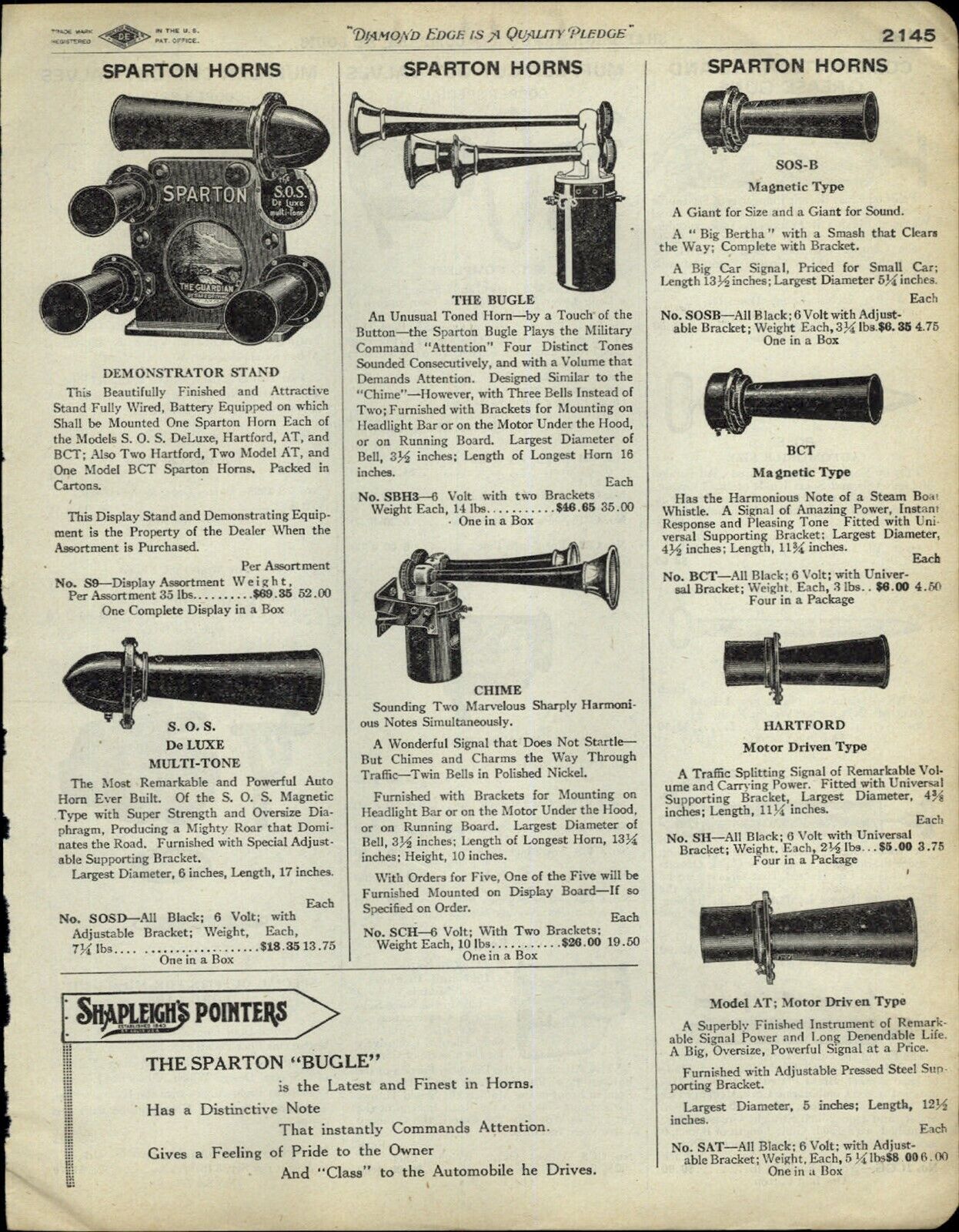 This is absolutely brilliant! Thank you for these!

BTW, do you happen to know the year when the Sparton ad was published?

The date of that advert is stated as from 1929.

I just found photos of the actual horn on WorthPoint:

One Beautiful RARE Automobile Horn for sale!!!Made by the SPARTON corporation!Model is the CHIME-BUGLE !!!!!! NOTE: The Chime-Bugle horn can be wired to either play CHIME (Blowing all 3 notes at once