What keeps you using the browser you use?

I hope this isn’t too mundane. I have what might seem like a really picky reason to prefer Firefox over the others…

I can put everything I need on a single ‘line’. back,forward,stop,refresh buttons, url bar, bookmark toolbar items.

I can’t seem to do this with any other of the major browsers, so to see that vast sea of wasted space in them is too much for my over-sensitive OCD to cope with!

There are probably other ones, but that one is the one that makes me go ‘nope’, click the x, then click on the little picture of a sleeping orange fox.

An illustration of what I mean… 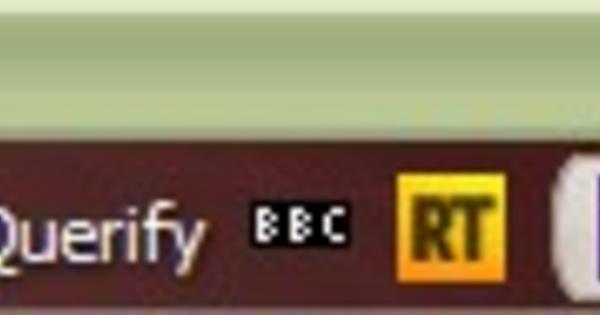 I use Google Chrome. I like the dashboard because I only visit about 8 sites anyway.

What I would like to know is if there is an easy way to change the wallpaper. I go back to Firefox to do that.

Laziness. I use IE.

When my computer crashed awhile ago and I had to reinstall everything anyway, I downloaded Chrome because it was new and I was curious about it.

I keep using it because it turns out I like it better than Firefox. I like how minimalist it is.

I love K-Meleon which like Firefox is a Mozilla based browser.

I use IE9 on my netbook as I only use the netbook for web surfing and watching TV shows.

I have started to use Google Chrome, on my laptop, which seems to be quicker than IE or Firefox but still isn’t as fast as K_Meleon

A better illustration of what I mean about wasted space…

Back at the last time I made a choice about it, I chose Firefox, because at the time it was the best free browser. Now, Chrome is arguably better, but Firefox still isn’t bad, and it’s good enough for inertia to keep me on it.

Extensions, I must have them all.

Plus I’m too attached to Firebug and the Web Developers Toolbar. If I moved, I could only move to Chrome.

I use IE. Apathy keeps me with it.

It’s a fine browser, why change?

I like Firefox’s extensions, so moving to a browser that has fewer, or lesser, or no extensions to make it do what I want the way I want it, is not an option.

I did consider Chrome, but it seemed to be that many early adopters did so because of its direct integration with G-mail, and as I do not use G-mail that didn’t factor in, and the rest of its options held no interest.

I’ve recently switched to Chrome from Firefox because both the Dope and Something Awful were mysteriously hanging. I still haven’t figured out how to use a lot of the features of Chrome, but I’m getting there. I still use Firefox on occasion.

I like the right-click menu options in Firefox better than those in IE. I don’t remember if Chrome has Copy Image Location or not, but I remember there was some reason why I didn’t stay with it after I tried it.

When I was doing a lot of web development work, I grew to detest IE, because Microsoft just flat-out wouldn’t follow standards and their Mac version sucked. Firefox worked well cross-platform, so I could expect the same behavior on Windows and Mac, and I liked the plug-ins.

I’ve played with Chrome (I’m using it right now), and I do like it, but I haven’t seen anything yet to shake me loose and make me install it on my other computers. I hear Safari has fixed a lot of its early problems, but I haven’t looked at it in a couple of years.

Another “inertia” here. Combined with a degree of sentiment.

I’ve been using Firefox since maybe not long after it was rebranded from “Firebird”. According to Wikipedia, that means since some time in 2004.

Back then it was something of a gamble to use a browser that wasn’t IE. Lots of sites either didn’t work at all in Firefox, lacked functionality, or otherwise looked somewhat messy. Over time that situation improved, to the extent that although I have “IE Tab 2” installed, I only use it for Microsoft’s update service; and so a browser that I liked in theory became useful also in practice.

Some while back, Firefox began to feel a bit bloated, and the memory leakage began to be a pain. However, I’ve never really given serious consideration to switching. I think FF could and should be improved, and am waiting for the new version to “officially” be released (and for it to settle down a little).

I’ve never used Chrome. I don’t like IE7/8 and can’t install IE9 on my system as I have XP. I’ve used Opera intermittently since the days when it was adware, but it’s never quite been me for some reason. I definitely don’t like “mouse gestures”! {eurgh}

Generally speaking, I’d say we’re where things should be in terms of the overall browser situation: there’s a choice out there, and people can install the browser that suits their taste and their needs without generally having to suffer negative consequences. IE has more or less become just another browser, as it should be. Clearly Chrome is the one to watch at the moment, though.

When I was doing a lot of web development work, I grew to detest IE, because Microsoft just flat-out wouldn’t follow standards and their Mac version sucked.

And they’re still a pain in the proverbials. I’m sketching out ideas for a new website for my sister, and would love not to have to do this sort of thing:

Still, at least Microsoft are making some sort of an effort these days… :rolleyes:

Sometimes, after using a program for a while, I develop a disgust for it, since it seems to make the wrong decision too often.

Rarely, the opposite happens, and a program makes an intelligent decision that makes my life easier. Chrome seems to fit that description better than other browsers, but Firefox is close behind. I use Chrome mostly, but Firefox for download sites because I like the download function better. I am forced to use IE for one critical business site that absolutely will not work with either of the others (and doesn’t tell me, which is another strike against it).

At work: We’re not allowed to install software on the computers ourselves.

As a result, IE for both.

I like Chrome because it’s easy, and because there aren’t a million toolbars. I do miss the “reload all tabs” feature, though. I’m also mildly annoyed that Chrome apparently doesn’t have the ability to use ctrl+I for italics. Other than that, it’s a browser, and I use it.