What was this California juice drink from the 1980s?

I haven’t lived in San Francisco since I was a teenager in the 1980s. I recently found a picture that included a can of drink that I used to have all the time back then, but I can’t remember what it was called. I know the picture is fuzzy, I zoomed in and this is the best I could get: 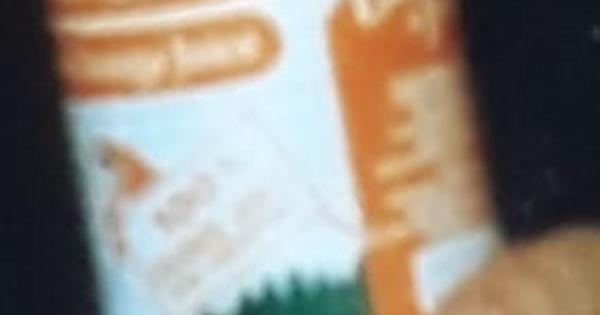 I’m fairly certain it was a kind of juice (don’t recall carbonated or not). I don’t think it was a store brand, like from Safeway.

The only other recollection I have, is that at the time I worked for a couple who would sell vegetarian hot dogs at street fairs (called “Not Dogs”). There’s a very good chance that this can was one of the ones sold by them, so it might have been something more “natural” or “healthy” than the regular stuff you’d find in a store.

Does it look familiar to anyone?

It looks vaguely like the can for Wildwood Orange Soda, but I don’t think there was anything remotely natural in that.

It looks vaguely like the can for Wildwood Orange Soda, but I don’t think there was anything remotely natural in that.

Thanks, but that wasn’t it.

I’ve now looked at hundreds of orange soda and orange drink cans, and I don’t see anything that matches. The key is going to be finding that background of grass-and-tree-covered hills on a product, but so far I haven’t been able to find anything like that.

The only product line I can think of that goes back that far is Knudsen, but their logo and graphic design stuff has been set for decades and never featured anything remotely like the OP’s picture.

curwin, have you asked your family and/or friends from back then if they recall this drink?

The colors make me think of Cactus Cooler.

I wonder: does zooming in so much compromise our perception of anything on the can? I can barely read the word “orange” and can’t make out much else in that pic except what seems to be a treed hill background, and I might wrong about that too.

I can read “juice” under “orange”, and in the box under that I can imagine I see “100” with maybe a “g” for grams. None of which helps much.

Ok, there is an orange band at the top of the can with the word “Orange” and followed by something that I’m pretty sure is a trademark symbol. There is a word before “Orange” of which only the last letter or two is visible but I can’t read it at all. So the name of the beverage is probably “(Something) Orange”. Too bad we can’t see the first word.

Under the top band there is a narrow strip with the word “Juice” at the end and probably “Orange” before it. Whatever is before “Orange” is not visible, but I guess it says something like “Made with Real Orange Juice”.

Not much help I’m afraid.

I can read “juice” under “orange”, and in the box under that I can imagine I see “100” with maybe a “g” for grams. None of which helps much.

I see _____ ORANGE[sub]TM[/sub] at the top; “Orange Juice” below. Then “100%” in an infobox type of thing below that. On the righthand side, I have no idea. It looks like there is a script-ish kind of font there that might read “D_____ & J_____” or something like that, but, for all I know, it may be “orange juice” again, although before what I think is the J, there is something that looks like an ampersand to me, or maybe it’s a small word like “by” in a much smaller font, or who knows.

But the only ones I’m reasonably sure of is the “ORANGE” on top (are TMs ever subscripted?) and the “Orange Juice” below that.

I dunno. Somehow, it reminds me of a Hansen’s can, maybe they’ve changed the cans over the years. They were supposed to be healthier (less bad) than regular soda.

The key is going to be finding that background of grass-and-tree-covered hills on a product, but so far I haven’t been able to find anything like that.

I’m guessing that image represents an orange grove, which I guess was all over California for a while (maybe they still are). Its name could be a reference to a specific region.

Having said that, the design is extremely plain looking, which suggests a store-brand or similarly low-cost alternative, not willing to spend any real money on the graphics.

In case anyone was looking for closure on this, I found the name of the brand.

Here’s a better picture of a different flavor: 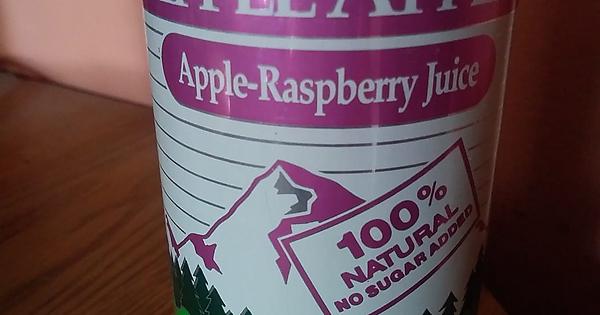 I couldn’t find much else about them, and I don’t know if anyone else remembers them - but they were really good!

Huh–I do remember those. I don’t recall my parents ever buying them, but I must have had them at a friend’s house. The striped background in particular sticks in my memory. I grew up in the Sacramento area, so they must have distributed to Northern California at least.