What will happen in the next 10 weeks?

If that holds then I think you can make the case that a pardon implies you did the action which might open state prosecution possibilities.

It’s complicated. A bit off-topic for this thread, but here’s the state of affairs as I understand it, in brief:

I don’t think that’s what OAT stands for, but you’re close

The act must be in the past, but the Supreme Court has held that a President can pardon at any point before, during or after legal proceedings.

Tom Clancy screwed that one up. He also apparently believed that an American Presidential pardon was valid in foreign courts.

Tome was really phoning it in towards the end.

Four Seasons Landscaping has never had so much press. I bet it’s good for them.

I don’t think that’s what O A T stands for, but you’re close

He’ll start the OAT network and pretend that antertainment is a real word. 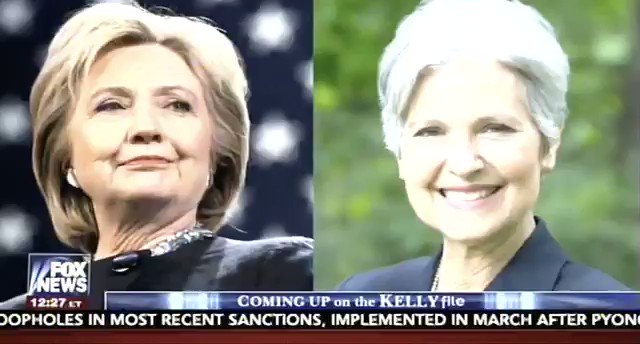 @KFILE
Kellyanne Conway in November 2016: "They have to decide whether they're going to interfere with him finishing his business, interfere with a peaceful transition. They're going to be a bunch of cry babies and sore losers about an election that they can't turn around." https://t.co/4Vo4nfJtef
JKellyMap November 10, 2020, 3:29pm #88

But wait! There’s more! (just gets better and better…see video at the Twitter link below)

The taste of victory has become more and more like bitter ash in my mouth because not one of these fucking hypocrites has demonstrated the barest capacity for shame or self-awareness.

These fuckers are just so good at perpetuating fear and uncertainty.

I KNOW their claims of fraud and challenges are bullshit, and in any reasonably sane world would be quickly dismissed, but…

I feel like the movies w/ vampires or axe murderers - NO! you cannot presume that he’s dead. Empty your firearm, drive a stake through his heart, and burn the corpse!

I HATE the environment of fear and acceptance of police state/abandonment of civil liberties fostered under W. And I HATE the uncertainty fostered under Trump, where you cannot presume rationality in ANY context involving any degree of human intervention.

I was actually going for the “A” standing for what it usually stands for when the subject is Trump. You know, the orifice he talks out of.

Oh, I agree with that. Trump will leave office legally and on time, but spend the rest of his life bloviating about how unfairly he was treated. He may even become a leader of the crazy right, and try to build some sort of Trumpist movement. That will fail.

I kind of hope it doesn’t. A Trumpist movement would steal a hell of a lot of votes from the GOP, meaning the Democrats can finally get ahead in Congress.

Meanwhile, these Trumpistas will be donating all their money to Trump, and not the GOP. It’s a dead certainly that Trump will siphon off a lot of that money for his personal uses, so it won’t be there to buy political ads. That hurts the Trump Party and the GOP.

As annoying as it would be to have Trump still somewhat relevant to the public discourse, splitting both the vote and the money between Trump and the GOP will be a huge win for everyone sane.

Are you quite sure about that? The GOP has shown a remarkable ability to shape shift from Reagan conservative, W Republican, to Tea Party Libertarian, to MAGAcult. They are the political equivalent of tofu. Willing to take on whatever flavor profile is next.

I don’t see a mass rebellon of Electoral College votes in the Red states causing a problem, but if the SC should get involved in the problems of voter fraud they could make a difference in referring the choice to the House/Senate of which each state has one vote each. It’s not over yet and in case you didn’t know it there are more Red states than blue states that would have one vote each.

I predict that Trump will either stand down and turn the WH over to VP Pence or he will win the House/Senate vote and then do the same thing turn the WH over to VP Mike Pence all nice and legal like too … Forget why he would do this and realize that it is still possible until January 20th he is the POTUS. I was worried about Obama in his last six (6) months in office on what he might do wrong.

Well…the arc has always been towards more conservative and more crazy. So, it is not random jumping around but has a direction.

It’s hard to think of it getting worse than Trump but then I thought the same after Dubya/Tea Party so I need to not jinx it again.

I don’t think anyone here is disputing that Trump is President until January 20th, 2021.

If the Republicans manage to push through some sort of legal maneuver to delay the inauguration of President-Elect Biden, then Nancy Pelosi is next in line. It’s not like Trump gets to stay, no matter what he thinks.

The SC is not going to get involved in issues of bogus “voter fraud” ( do you think they’ll be swayed by Rudy’s press conference at a “major hotel”? )but if they did, why do you think that “treating the election as if it were an EC tie vote” is going to be the answer, which is what you are suggesting might happen.

I’m intrigued by the last line in your post. Do you think that God has a favorite in this election? Do you think that favorite is Trump? If you do, how do you explain the almost comical run of bad karma, divine retribution, bad luck, whatever you call it, that’s plagued Trump since early 2020, including an actual plague?

If I were religious and looking for signs from God, I don’t think there’s anything that I could point to that would make me think “God wants Trump to win”. Including the fact that he lost. And the plague thing.

If I were religious and looking for signs from God, I don’t think there’s anything that I could point to that would make me think “God wants Trump to win”. Including the fact that he lost. And the plague thing.

I can only speculate that evangelicals like @Forever77 believe that god sent the plague as a test. My question to Forever77 is: Did Trump pass or fail the test?

I think Forever77 is saying that God is still looking after us even when we do bad things like elect Trump president.