What's It Take To Remove a Bad Umpire?

I’ve read some articles about a suspect umpire in the MLB that has a reputation for making bad calls behind the plate. Can he be removed, or at least rotated to another umpire position? What are the MLB’s policies on this?

Angel Hernandez, MLB, and the fans The Game Room

Would it be possible for MLB fans to force MLB to terminate Angel Hernandez? Say season ticket holders from all over the country got together and filed a class action lawsuit against MLB, claiming that they expect a top-tier product for the money they’re shelling out, and Angel Hernandez is not a top-tier umpire. Is this something that would have a chance?

Basic answer is
A) The umps have a strong union and
B) If you get rid of him who’s the replacement? Don’t assume someone else would do a better job.

If you get rid of him who’s the replacement?

As I noted in the earlier thread: you replace him with the best up-and-coming umpire in the minor leagues (which is exactly how MLB replaces umpires who voluntarily retire).

b) one of the many younger Umps that having been training for there chance. It would take much to be better than about 12 of the older Umps.

Can he be rotated to another position? No. Umpires are organized into 4-man crews, and every day the crew rotates around the positions: the guy who had the plate today is on 3rd base for tomorrows game; 3rd base moves to 2nd, etc. So this would require an exception where the bad ump is permanently assigned 3rd base…and that’s not going to happen.

He’s already suing MLB for racial discrimination. Maybe he can sue based on the ADA. He must be legally blind. 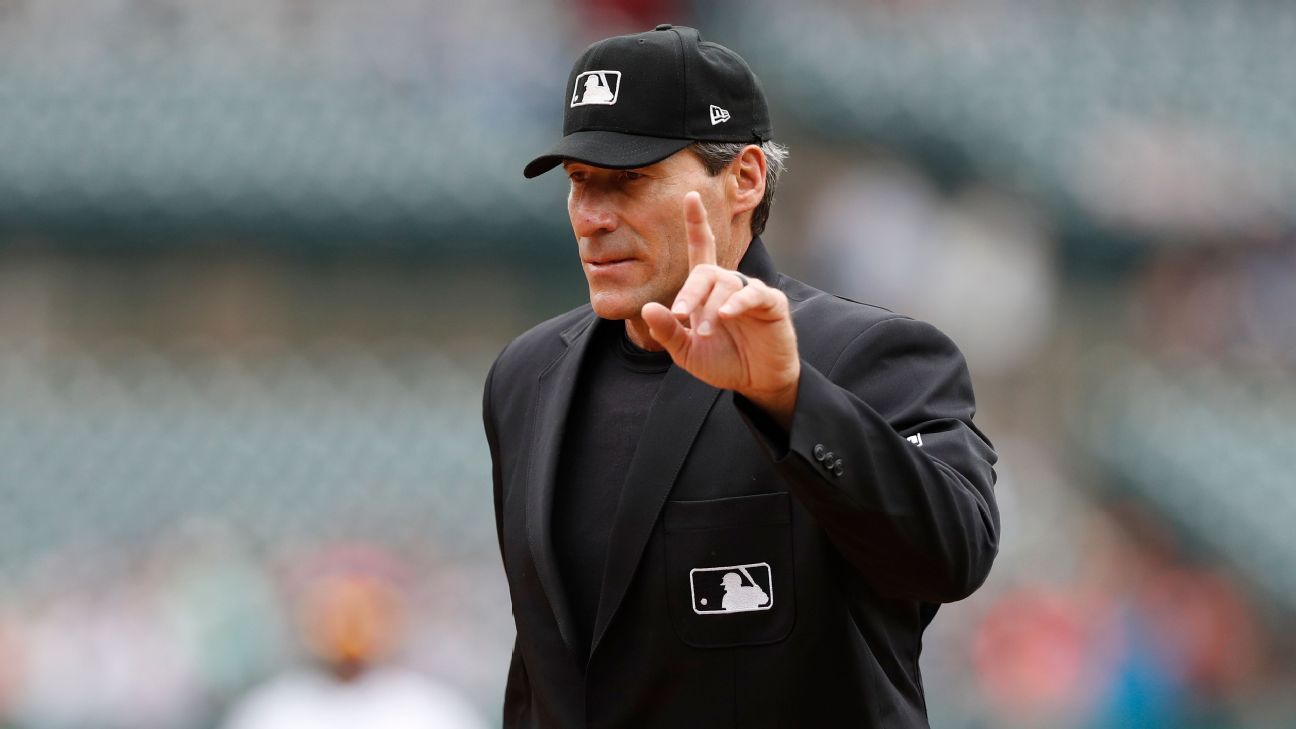 Lawyers for Angel Hernandez say MLB manipulated the umpire's evaluations, renewing the allegation in an attempt to reinstate the racial discrimination lawsuit he lost last year.

That he’s now accusing MLB of manipulating the ump ratings is a hell of an accusation, given that independent parties analyze umps, too, and certainly find him below par as a home plate ump.