It was the juxtapositioning too; earlier she had held the apple with the new hand and cut it with the other. But yeah: I’d definitely hold with the metal hand too!

Travel faster than the wind using the wind for power: 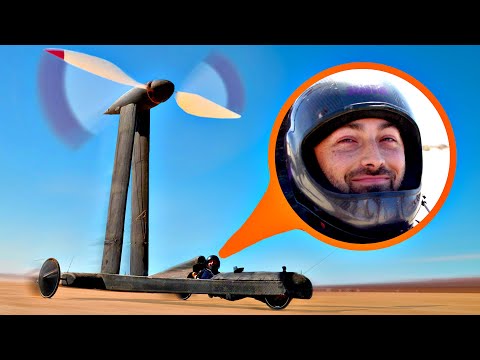 Great links in the description for that video on YouTube, eh, including the forum discussions referenced in the video.

It’s a little counterintuitive but I am surprised that anyone with a reasonable grounding in physics (let alone a professor) would say it’s impossible.

I guess the main hurdle to get past is that contrary to expectations, it’s the wheels driving the propeller. As the video notes, the prop is acting as a fan, not a wind turbine. But beyond that I have my own explanation for how it works.

Kinetic energy is mv^2/2. The equation is not too important except to note that v^2 factor: that means it takes more energy to increase velocity as the velocity goes up. I think that’s intuitive to most people; cars accelerate more slowly as they speed up. The converse of this is also pretty intuitive–you get more energy out when you decelerate at higher speeds (your brakes heat up more decelerating from 70 mph to 60 than from 10 to 0).

It seems to me that this principle could be used for power generation, couldn’t it? Just replace the ground with a belt. 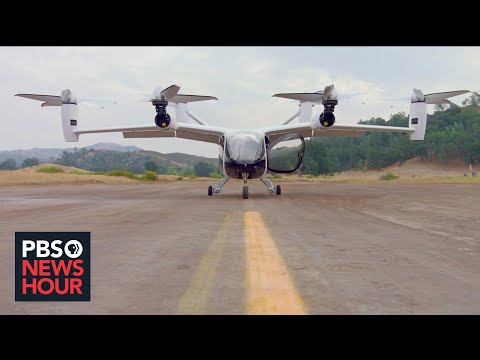 Nova just did a show on electric aviation last week. It’s well worth the watch.

If the ground is a belt, you can just bolt the car to the ground and forget the wheels completely. I think we have a name for that sort of thing

That said… it could almost be useful. Moving the turbine upwind would generate more power–more than you need to power the belt. What happens though is that you leave a bunch of “slow air” downwind, so you can’t actually generate more average power on a given track. However–if the turbine itself is for some reason super-expensive, you could move it laterally to a different track, and extract all the energy from an adjacent “tube” of air. Rinse and repeat until the slow air in the first tube has been cleared, then start over.

Not that this is really practical in any way. But I can’t exclude it on a theoretical basis…

Special effects people everywhere: “Holy shit; these crazy mofos went and built actual robots so they could film music videos with robots in them!” 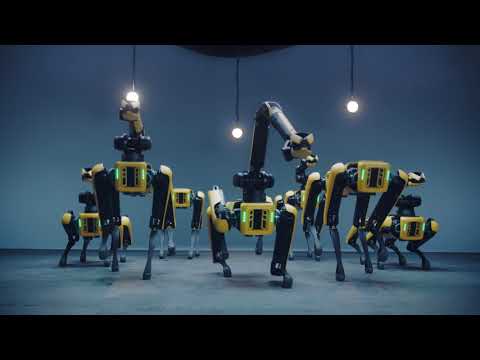 Very cool! And sad. They are way better at dancing than I am.

Here is an excellent 5 minute video about a robotic grocery store/warehouse/delivery center in the UK. I agree with the concluding thought: the facility is one giant robot with thousands of parts, not just a collection of thousands of robots. 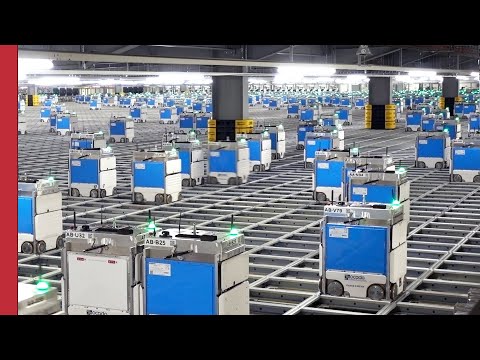 This is the future, folks, if we can manage to survive.

Humans can do such cool shit when we aren’t being dumbasses: 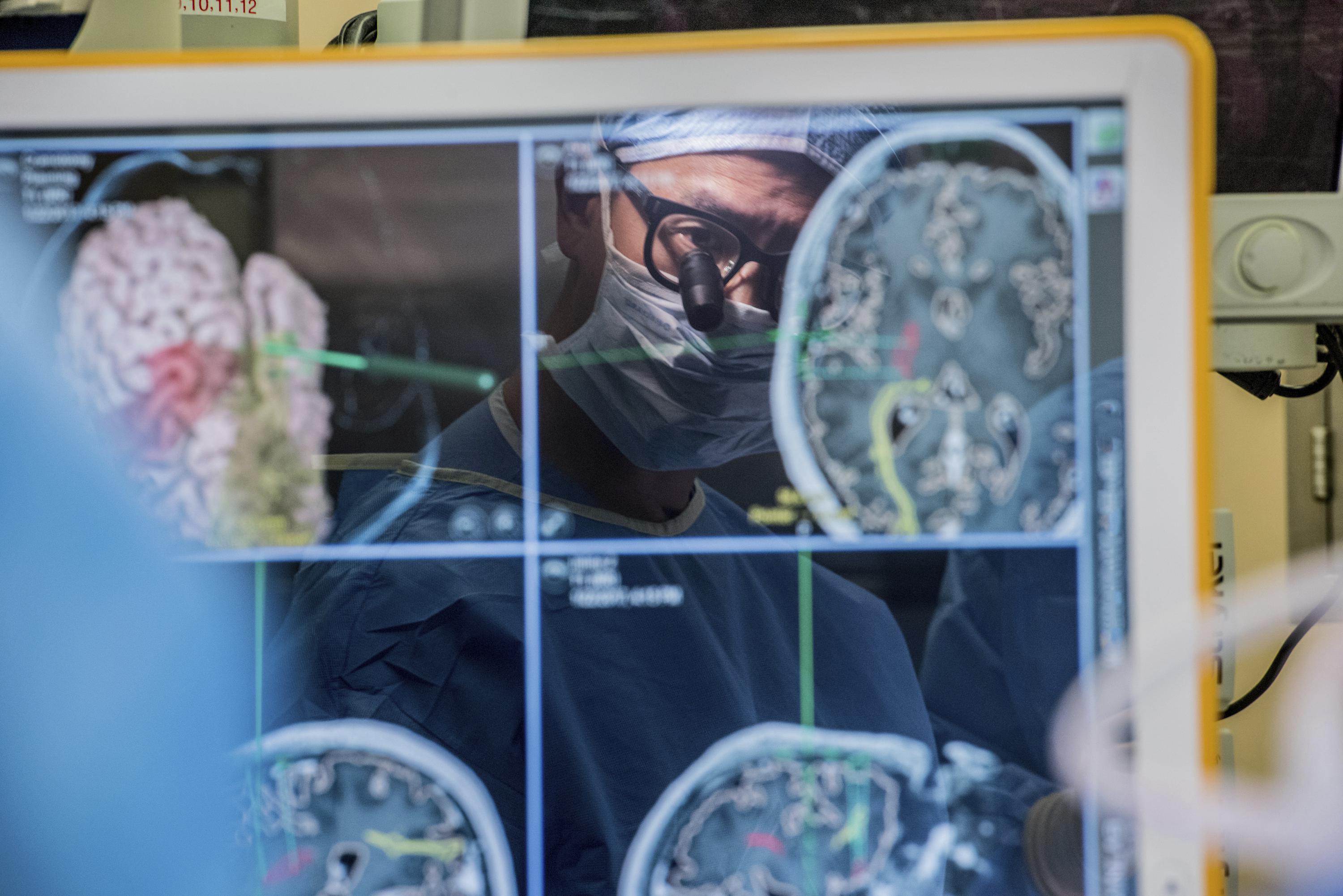 In a medical first, researchers harnessed the brain waves of a paralyzed man unable to speak — and turned what he intended to say into sentences on a computer screen. It will take years of additional research but the study, reported Wednesday, marks...

That is the true hivemind. Octopus approved.

Okay; I’m not sure but I think this is the bridge that was mentioned waaaaaay back near the start of this thread: 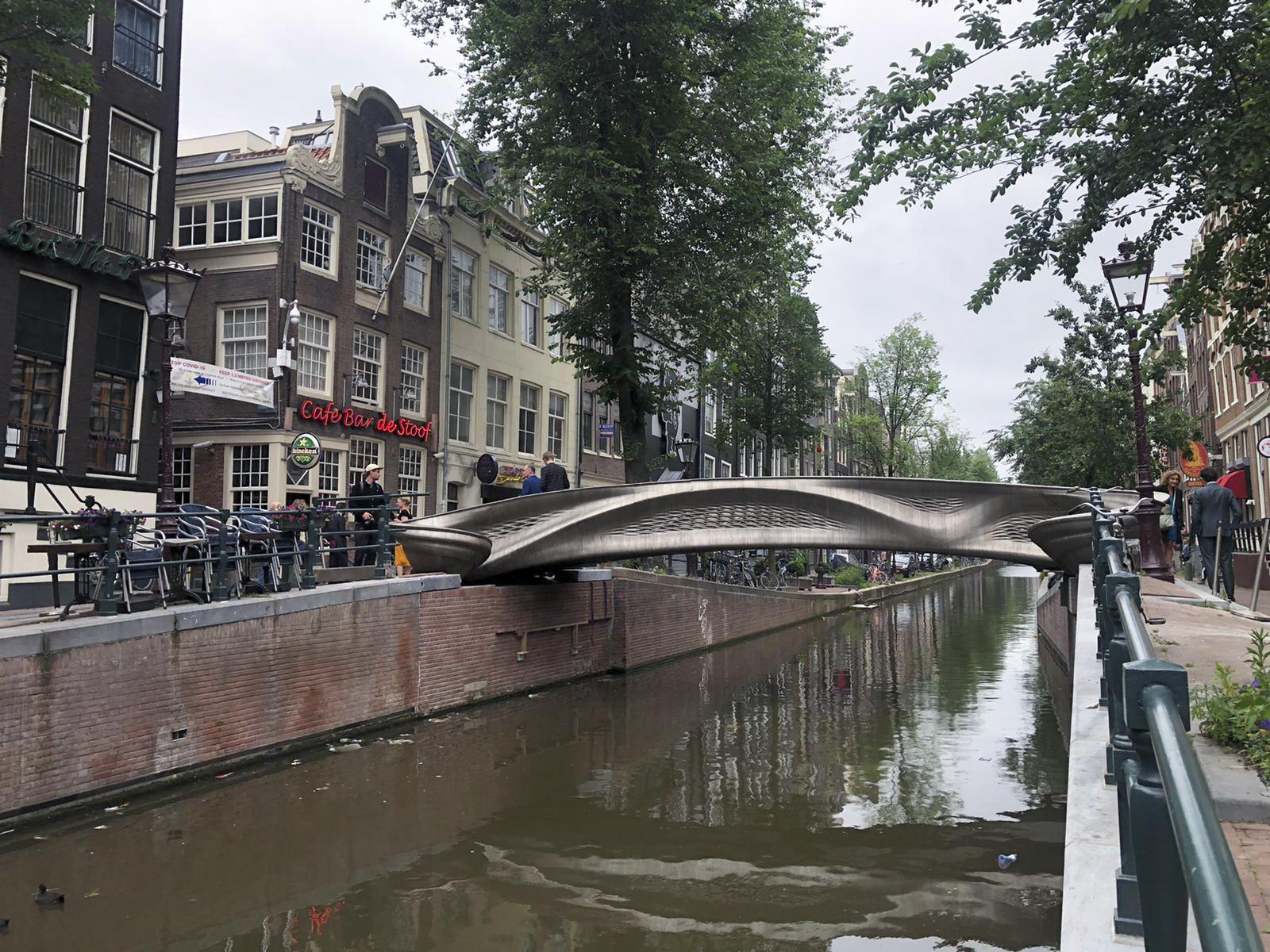 AMSTERDAM (AP) — Dutch Queen Maxima teamed up with a small robot Thursday to unveil a steel 3D-printed pedestrian bridge over a canal in the heart of Amsterdam's red light district. Maxima pushed a green button that set the robot's arm in motion to...

I thought this was the coolest part:

The 6-ton structure will be loaded with sensors that researchers at Imperial College London will use to monitor the bridge in real time and gauge how it reacts to being used by pedestrians.

It will remain in place for two years while the bridge that previously spanned the canal is renovated.

Deep fakes are part of the new norm now: 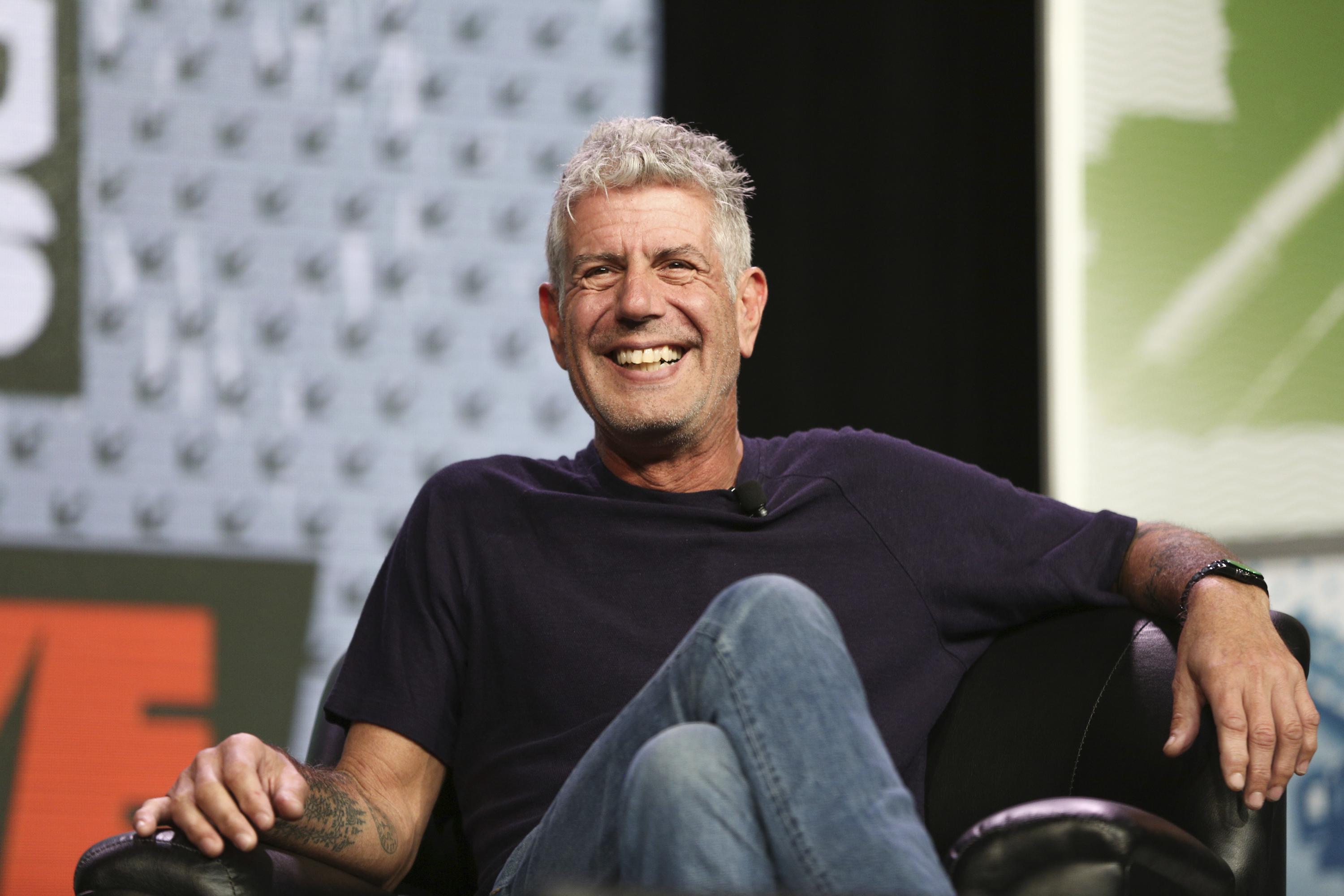 Why the Anthony Bourdain voice cloning creeps people out

The revelation that a documentary filmmaker used voice-cloning software to make the late chef Anthony Bourdain say words he never spoke has drawn criticism amid ethical concerns about use of the powerful technology. 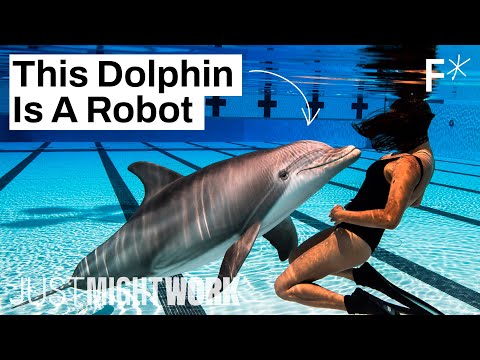 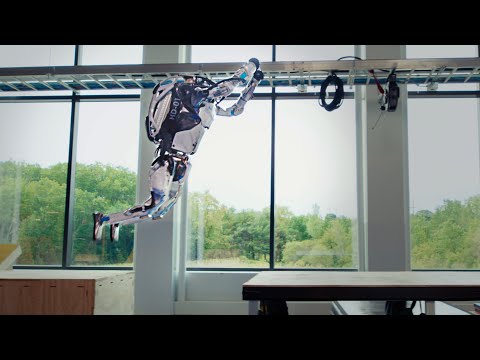 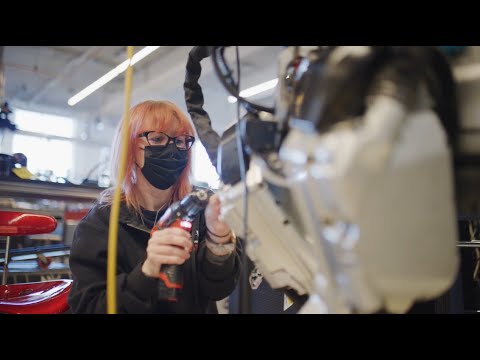 Here’s a short video on a new AI that can take simple English directives and write code to implement the ideas. Directions can be typed in or simply spoken.

This (or something similar) is going to quickly change how the world solves problems, among other things. 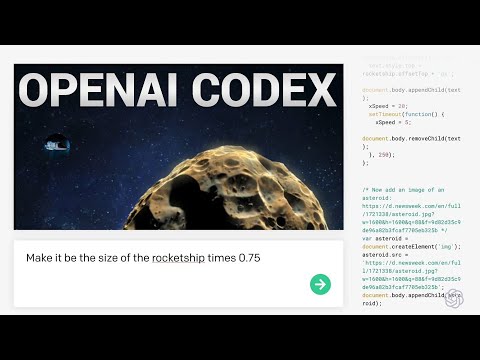 I know this isn’t AI or robotics or even tech, but it is SCIENCE! 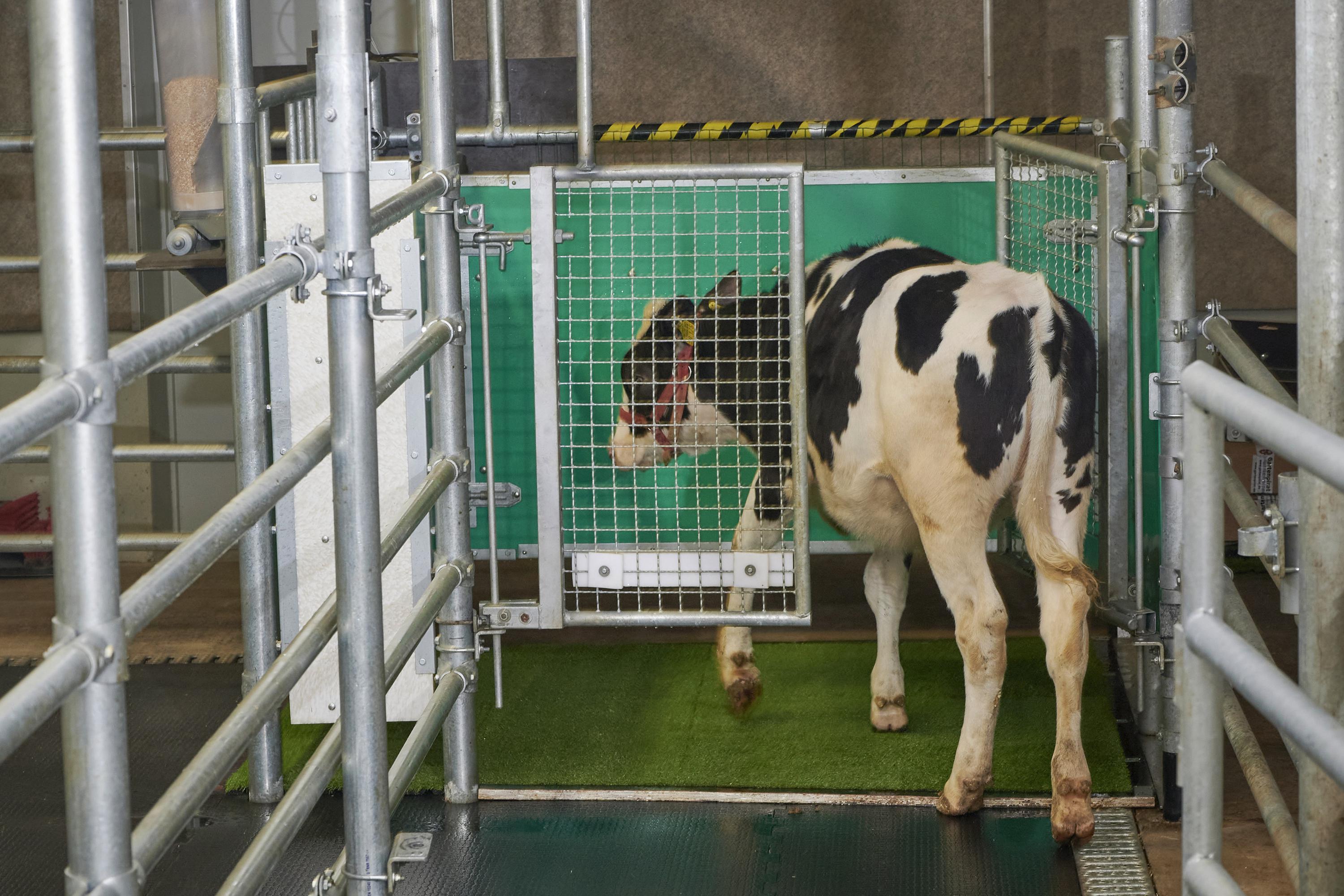 No bull: Scientists potty train cows to use 'MooLoo'

Turns out cows can be potty trained as easily as toddlers. Maybe easier. It's no bull. Scientists put the task to the test and 11 out of 16 cows learned to use the “MooLoo” when they had to go.

Just like some parents, the researchers used a sweet treat to coax the cows to push through a gate and urinate in a special pen. And it took only 15 days to train the young calves. Some kids take quite a bit longer.

“The cows are at least as good as children, age 2 to 4 years, at least as quick,” said study senior author Lindsay Matthews, an animal behavioral scientist at New Zealand’s University of Auckland who worked with colleagues on the tests at an indoor animal research lab in Germany.

What started with a half-in-jest question on a New Zealand radio talk show about the very real problem of livestock waste resulted in a serious study published Monday in the journal Current Biology. And it wasn’t just a “wow, this could be fun” academic question. Massive amounts of urine waste is a serious environmental issue, Matthews said.

Urine contains nitrogen, and when mixed with feces becomes ammonia, which is an environmental issue with acid rain and other problems, Matthews said. It can also taint the water with nitrates and create the airborne pollutant nitrous oxide, he said.

And cows do pee a lot. A single cow can produce about 8 gallons (30 liters) of urine a day, Matthews said. In 2019, nitrous oxide comprised 7% of all the U.S. greenhouse gases, according to the Environmental Protection Agency.

“I am not surprised they can train calves to urinate in set locations, but I am surprised no one has demonstrated this before,” said Duke University animal cognition scientist Brian Hare, who wasn’t part of the research. “The critical question is can it and will it scale?”

If it could be done, toilet training animals makes it easier to manage waste products and reduce greenhouse gas emissions, said Donald Broom, a professor of animal welfare at the University of Cambridge in England.