Whats the deal with Cocaine and Tobacco traces found on Mummies?

I’ve heard of this before but Cracked just mentioned it in an article: 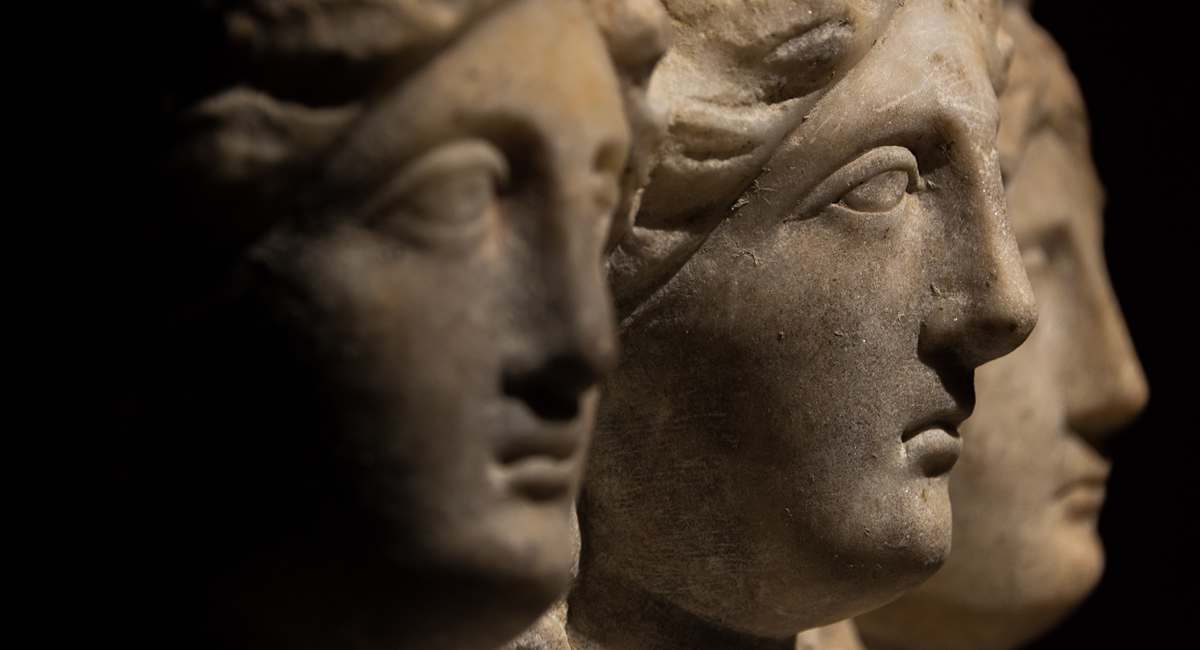 A generation of students found out the hard way that archaeology isn't anywhere near as much fun as Indiana Jones made it look. Still, experts in the field do have their exciting, and even shocking, days at the office.

Whats the latest on this? Originally it was found in 1992, that should be plenty of time to work out if the samples were somehow contaminated or the original scientists are just wrong.

Assuming that it really is Cocaine and Tobacco thats been found on mummies, is it possible (or likely) that perhaps both Cocoa plants and Tobacco plants found their way to Egypt from floating seeds (or birds) and perhaps were kept as a secret only for use by the Royalty? It’s possible to imagine small numbers of plants kept in walled gardens that were then lost during the Persian conquest.

Seems far more likely to me than that there was trade between Egypt and South America.

The Master speaks, in 2001. His general conclusion, at the time, was that there wasn’t nearly enough evidence or a convincing enough model to explain the traces of New World substances, and that it seemed at least as likely that the German scientists were mistaken in their analysis.

ETA: No idea if matters have been clarified since, though.

What about tomb raiders?

The Master speaks, in 2001. His general conclusion, at the time, was that there wasn’t nearly enough evidence or a convincing enough model to explain the traces of New World substances

Yes was hoping for an update, surely they’ve done new tests since then, seems like it should be a very straight forward thing to get an answer to one way or another.

Seems more likely that casual contamination occurred. If you are smoking while unwrapping and preparing a mummy for display, then you can have tobacco fragments on your hands from packing your pipe, and if you have cocaine solution on your hands from shooting up [think 7% solution…] you can casually contaminate the mummy. Keep in mind that in the early part of the 20th century nobody gave a crap about chemical contamination … lab science barely existed after all, everybody knew that that particular mummy was from egypt and died over 2000 years previously. Nothing else was particularly important.

You’d have to know what it was that was actually found, since the Cracked article isn’t reliable.

The biggest problem with it is that it states that “tobacco and cocaine were strictly New World plants”. But the fact is that both the tobacco and cocaine genera are Gondwanan, and as such are found in Australia, Southern Africa and India as well as in the Americas.

Tobacco use was widespread amongst Australian Aborigines and Polynesians. We know that at least one species of tobacco, N. fragrans, that is native to Northern Australia and New Guinea was distributed across Melanesia and Polynesia and as far afield as the Marquesas in the Pacific and Namibia in South West Africa. Presumably that distribution occurred because the plant was being cultivated for nicotine or perfume production.

So if all that the tests show is that that the mummies contained nicotine, consider me unsurprised. Since we have fairly solid evidence that tobacco was being grown for nicotine production in Southern Africa and right across the Pacific, it is not really all that shocking that it was traded as far afield as Egypt. It may even have been cultivated there, but since become extinct. Not all that surprising.

Now if DNA analysis had shown that the plant was N. tabacum that might mean something. But the mere presence of nicotine is not surprising since we know that the genus *Nicotiana *has been growing in Africa for millennia.

Much the same applies to cocaine. There are a couple of hundred species of Erythroxylum, and about 50 of them are found outside South America, from Southern Australia through to India and Southern Africa. All species contain a variety alkaloids and all seem to have been used by local people as drugs. Most of the species contain cocaine So once again, unless genetic tests have confirmed the presence of E. coca, all that we have is evidence that plants from Southern Africa or India were finding their way to Egypt. Not really a staggering revelation. The plants may even have been cultivated in Egypt.

Great answer Blake, but then why is that other varieties of plants that contain Nicotine and Tobacco weren’t known and cultivated in Europe or the Middle East before contact with the Americas?

Great answer Blake, but then why is that other varieties of plants that contain Nicotine and Tobacco weren’t known and cultivated in Europe or the Middle East before contact with the Americas?

Australian tobacco isn’t suited to commercial production. It’s an ephemeral that lasts just a few of months, reaches about 6 inches at maturity and produces about enough leaves to cover an A4 sheet. It’s suitable for growing in Polynesian style house gardens where constant sowing and year-round warmth can maintain enough leaves for casual use, but you’d never be able to grow enough to fill a ship the way you can with American tobacco. So the end result is that it needs to be grown by the people that are using it, and being a tropical plant that’s not really possible in Europe without a greenhouse. Of course if you are are an emporer, you would be able to afford to trade for the stuff, but it was never going to be a commercial crop.

The same applies to the *Erythroxylum *species. Commercial cocaine production involves the use of solvents and distillation and all sorts of processes. The locals of course just chew the leaves. So using bronze age technology you can’t readily commercialise cocaine from any source. One of the Australian species would probably survive around the Mediterranean with some care, but it was never traded so it never spread. The Indian and African species are more tropical in distribution. But once again, it’s exactly the type of thing that emporers would trade for.

Ill buy the bit about Europe being too cold, but Egypt had a massive irrigation system along the nile and so did other civilizations in the middle east, and many parts of the former Byzantine Empire are plenty warm and wet enough.

While parts of the former Byzantine Empire may seem warm to you, they are still not in any sense climatically the same as Namibia or Northern Australia. While they may be very pleasant places to live, they are not frost free the entire year, for example.

Egypt had a massive irrigation system, but it was based almost entirely on seasonal floods and the water was only available in winter. Tobacco is a summer crop.

Tobacco is cultivated in Spain and Andorra. Not the biggest of crops, but then, the biggest fields I’ve seen were in Andorra…

Holland had tobacco farms from the 17-th to the twentieth century.

This study deals with the introduction and economic development of tobacco growing in the 17th and 18th Centuries in the Netherlands. It tries to explain how and why tobacco became firmly established as a cash crop among small peasants in the Dutch provinces of Utrecht and Guelderland.

You can find tobacco farming going on in certain parts of Wisconsin. It isn’t a crop suitable only for mild weather climates.

Yes was hoping for an update, surely they’ve done new tests since then, seems like it should be a very straight forward thing to get an answer to one way or another.

I know the TV series “Weird or What?” did an episode on cocaine mummies in 2010. I can’t remember what the result was, other than “inconclusive”.

You can find tobacco farming going on in certain parts of Wisconsin. It isn’t a crop suitable only for mild weather climates.

I had Canadian relatives who had a tobacco farm in Ontario.
your first reaction is "OK, well, it’s in Southern canada. Your following reaction is, when you realize how far north that is, “Oh”. There aren’t a lot of tobacco farms in, say New Jersey or Pennsylvania.

… and that is all American tobacco plants, not the Old-World varities, which as Blake pointed out are not suitable for cultivation in the Middle East or Europe.

I’d never heard of Old World or Australian tobacco or coca before! Do you have any cites I could refer to? I’m especially interested in the idea that tobacco was actually used (smoked?) by Aborigines and Polynesians prior to contact with the New World! Was Old World coca also used as a drug/entheogen?

According to the following N. frangrans tobacco is “native to America
and naturalized” elswhere:

I was unable to find any cite yea or nay regarding presence outside South America
of any Erythroxylum species with enough cocaine in it to be be noticeable after
processing by any technique availabe in ancient Egypt. Be nice to have some documention for that.

There aren’t a lot of tobacco farms in, say New Jersey or Pennsylvania.

But a bit further north, is Windsor Connecticut. Home of the famous shade tobacco farms. Around the are North of Hartford, you see vast fields, with huge gauze “shades” above the fields. They are growing the broad leaf wrappers for cigars. Considered by many to be the best wrapper tobacco available.

Of course, not as much acreage is cultivated as once was the case.

There aren’t a lot of tobacco farms in, say New Jersey or Pennsylvania.

I don’t think that’s correct. Tobacco has been grown in PA since colonial times. The Amish still grow it:

The Tobacco Farmers of Lancaster County Torn Between Tradition and a Changing World, Amish Farmers in Pennsylvania Cling to the Old Ways of Raising Tobacco | Cigar Aficionado

They cite a $22 million annual crop.

And here’s the USDA stats on PA (PDF), which lists last year’s tobacco crop as being 601 million pounds.

Not enormous, but still significant. You just don’t see many dedicated tobacco-only farms in PA. But lots of Central PA farms include tobacco as part of their mix.