What's the name of those caricaturish maps of cities?

I’m talking about a large poster-type map, drawn in a cartoon-y style. It’s not really drawn to scale, and the ambiance of the map is similar to that of, say, a dragon swimming in the sea on an old globe. Oftentimes, billboards are drawn in upon which advertisements are placed.

I’ve seen a few of these maps for various towns, and I’m thinking there must be some call for them. Does anyone know the accepted term for this type of map, and anything else of interest?

I mean that landmarks, buildings, parks, etc. are drawn in an exaggerated fashion with regard to size, detail, and so forth.

Uh, well, this is a bit embarrassing. You see, I decided to listen to myself and try googling “caricature map”. And, well, that’s what they’re called. :smack:

I blame an eagerness to post, as well as the media. ::passes blame::

They are also referred to as pictorial maps .

Here is a good site for info on pictorial maps 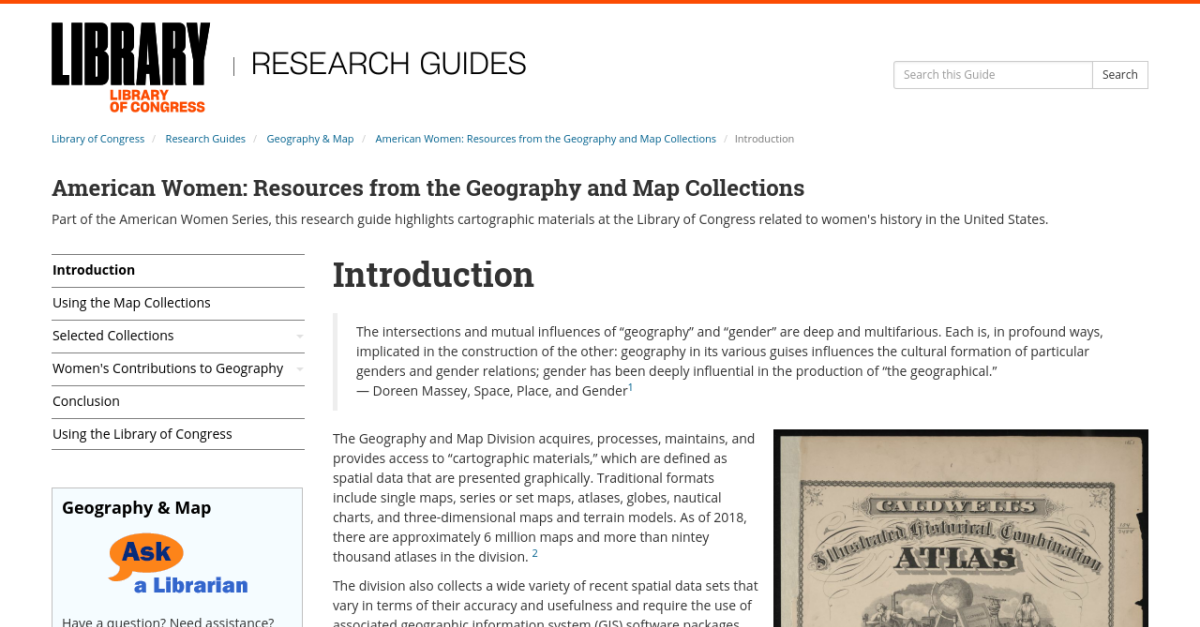 Research Guides: American Women: Resources from the Geography and Map...

Part of the American Women Series, this research guide highlights cartographic materials at the Library of Congress related to women's history in the United States.