When did eggs become the breakfast staple (in the US)?

Before refrigerators were common, eggs went bad very quickly, and a bad egg can make you very sick (I speak from personal experience)> Eggs were probably gotten in the early morning and eaten right away.

I agree that this is not true. Outside the US, most countries do not refrigerate eggs. In the supermarket, they are often just on shelves rather than in a cooler. The egg shell is an excellent barrier against the entry of bacteria, and as long as the shell is not cracked eggs can be kept at or near room temperature for weeks at least without going bad.

There is an issue with Salmonella in eggs in the US (which tries to control it through washing and refrigeration) as opposed to other countries (which control it through sanitation and vaccination). Refrigeration slows the growth of Salmonella, but it can still be present in refrigerated eggs. Studies in the UK, however, have found no difference in bacterial levels in refrigerated and unrefrigerated eggs after two weeks. In any case, this is not a case of eggs “going bad” in the sense of rotting, but contamination.

This article suggests that the gradual push back of lunch (it calls it ‘dinner’) and supper made breakfast necessary, and this happened in the 19th century. The Industrial Revolutions made this need even more acute, and eggs were used as a cheaper, but still nutrient rich substitute for meat.

Why Do We Eat Eggs for Breakfast, Anyway?

A short and fascinating history.

So I’d guess that the US probably followed much the same timeline.

Here’s another article that claims that in the US, it’s marketing.

When (And Why) Did Americans Start Eating Bacon And Eggs For Breakfast?

I was watching the Alfred Hitchcock film last night, “The Creeper.” It first aired in the mid 1950s, so I’ll assume it was meant to portray a 1950s apartment. Two things … O…

AIUI, America is just one of many; nations like Mexico and all others across the world use eggs heavily in breakfasts simply because eggs are cheap and pack a good punch of protein, fat, vitamin D, and stuff that you should have in your gullet first thing in the morning.

Before refrigerators were common, eggs went bad very quickly, and a bad egg can make you very sick (I speak from personal experience)> Eggs were probably gotten in the early morning and eaten right away.

Tell that to the sourdoughs in Alaska, back in the day. Ask anyone who’s ever eaten a “boat egg.”

PALMER – At 71, Art Carney is old enough to remember “boat eggs,” the term people used to describe eggs that had been shipped to Alaska. By the time the boat reached the dock in Anchorage, the eggs were so old the yolk ran as soon as the egg was cracked, he said. In fresh eggs, the yolk stays firm. - Anchorage Daily News, 9/27/06

Breakfast foods tend to be those that can be made quickly. Eggs, pancakes, toast, hash using last night’s leftovers. Lunch and dinner foods tend to take time for preparation. So that’s likely a good reason that eggs are breakfast food.

Damn - the e-book version of that is $30! Would have liked to add it to my collection but that’s a bit more than my book budget right now…

If your local library doesn’t have it, they should be able to acquire it via interlibrary loan.

Eggs cook quickly, which is the main reason I think they’re a popular breakfast food.

[QUOTE PALMER – At 71, Art Carney is old enough to remember “boat eggs,” the term people used to describe eggs that had been shipped to Alaska. By the time the boat reached the dock in Anchorage, the eggs were so old the yolk ran as soon as the egg was cracked, he said. In fresh eggs, the yolk stays firm. - Anchorage Daily News, 9/27/06[/QUOTE] 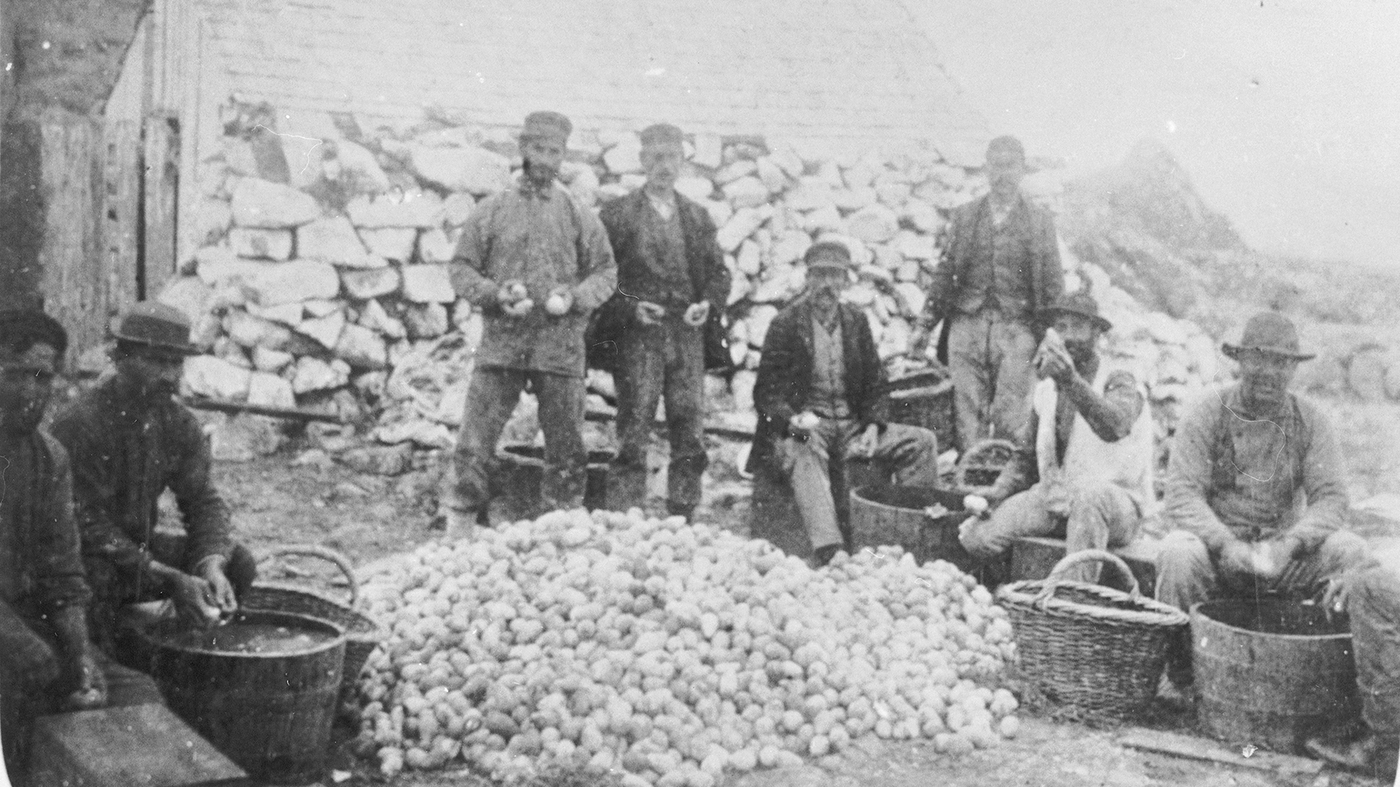 The Gold-Hungry Forty-Niners Also Plundered Something Else: Eggs

When food shortages struck San Francisco, wily entrepreneurs raided the dangerous Farallon Islands for protein-rich eggs from seabirds. In the process, they destroyed both wildlife and each other.

But no, they don’t have it, I just checked.

I grew up on a farm in the 1960s and we rarely had eggs for breakfast. More likely it was oatmeal or cold cereal or just toast. That was possibly because my mother was too busy to cook a real breakfast.

We actually had eggs more frequently for our supper meal. My mother was a child of the depression and boiled eggs and creamed potatoes was a staple on her childhood farm, so she made it frequently for us. She said it reminded her of her roots.

Certainly. No English speaker I know calls the first meal of one’s day, regardless of timing, “breakfast.” I mean, “skipping breakfast” is a thing. If I awake at 7 a.m. and don’t eat until 6 p.m. in the evening, that meal is certainly not called “breakfast” by any usual speaker of the English language. I just skipped breakfast (and lunch.)

I’m a native English speaker, and when I fast, I call the first meal I eat “break fast”. Or sometimes “breakfast”.

I rarely eat eggs for breakfast, unless I’m staying at a hotel. But I would guess that they are a breakfast staple mostly because they cook quickly. If you haven’t yet baked your daily bread, or roasted the roast, you can still eat eggs and get a nice quick protein hit.

> It’s hard to imagine a breakfast menu in the US not centered around eggs.

Only one in five breakfasts in the U.S. include eggs:

That’s mostly because a lot of people choose to “wolf down” children’s snack foods as a meal before rushing out the door, for whatever reason.

Breakfast food (by that I mean eggs, bacon, sausage, etc) is my favorite, but I don’t eat before 5 pm.

As far as nitpicking meal terms goes, almost everyone has a “lunch break” at work but some people have it at dinner time or the middle of the night, and not everyone eats during that time. The way my schedule is now I don’t even name my meals at all because it seems pointless. Am I eating breakfast at 9:45 pm? Lunch? Dinner? I don’t know.

actually we only ate eggs on weekends or when we went out to a diner ….
during the week it was hard enough to eat a bowl of cereal before school and sometimes we ate breakfast at school its self

What the plurality of people in the U.S. do for breakfast (apparently not quite the majority) is eat cereal. Again, eggs are not what most people eat for breakfast most of the time. Are you claiming that cereal is a children’s snack food?

I think he means things like pop-tarts toaster strudel ect ……

Yeah, but eating cereal is the plurality (but not quite the majority) choice for breakfast. Yes, some people eat whatever they find in the refrigerator. I don’t know what you mean by “pop-tarts toaster strudel ect”. It would help if you used commas to separate items. I presume that a pop-tart is one item. I guess that toaster strudel is another item, although I only learned just now that any such thing existed. Those are a couple things among the various foods that people eat when they just look in the refrigerator for something. Cold pizza is another common item, as has already been pointed out.