Which geek are you? 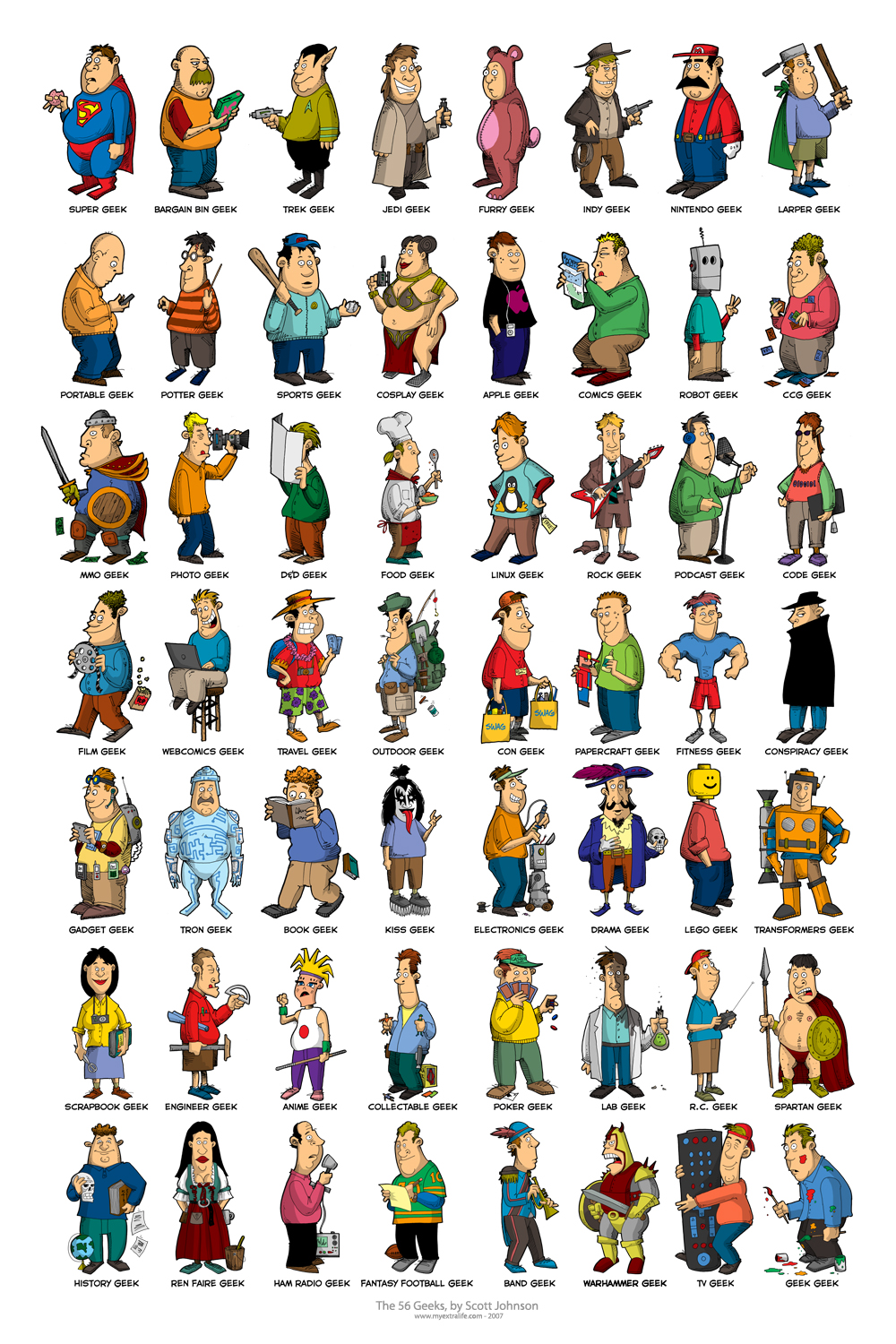 Well I could be the Book Geek or the Code Geek.

Sadly, I’m at least a half dozen of those.
R.C. Geek probably fits me best though.

Hey! Where are the art geeks?

I’d like to say Sports Geek, but I’m not sure if they mean that by level of enthusiasm or by dedication to minutiae. I’m not much of a stats guy.

So I’m going to go with Portable Geek. I admit to looking pretty funny when I’ve got my cell phone, Blackberry and iPod all strapped to my belt with my giant Sennheisers on my head.

I’m something like seven or eight of these…but I’ll go with comic geek.

I’m also a type of geek that they didn’t mention, a very special and dangerous type of geek, the Scuba Geek.

History (the girly kind - Tudors) and Potter. Yes, I’m the one who gets all bent out of shape when reading “The Other Boleyn Girl” because Mary was the oldest, not the youngest sister.

I think I’m also a Geek Geek, considering I can’t get through a day without spilling stuff all over me, and I’m terribly uncoordinated today.

CCG geek, and damn proud of it!

Definitely history geek. I live for the stuff …

I think we’re Geek geeks. That last picture was pretty much me last night.

I don’t need a test to know what kind of geek I am.

I am a geek of all trades, master of none.