Who are our current "Abe Vigodas"? (people you might be surprised to learn are still alive)

Dammit, now I have an image of those two spooning stuck in my head.

So did Norman Lear.

ETA: I already mentioned that in this thread. Oh, well.

Dammit, now I have an image of those two spooning stuck in my head. -

This thread is almost two years old. Out of idle curiosity, I spent a couple of hours going through all the postings and identified all the celebrities that we Dopers listed here. I counted 126 people, but I could easily have overlooked a couple. Of those 126, 25 have died since being tabbed as an Abe Vigoda. (Two of them, Clu Gulager and Gene LeBell, passed away within the past two weeks.)

Here is the list of those 25 people and the year of their death:

And here are the 101 people who are still kicking, along with their current age. Might give you some good ideas for next year’s celebrity death pool.

What I wouldn’t give to see how Gene Shalit looks at 96!

Just imagine the length of his ‘stache!!

TIL Gina Lollobrigida is 95. 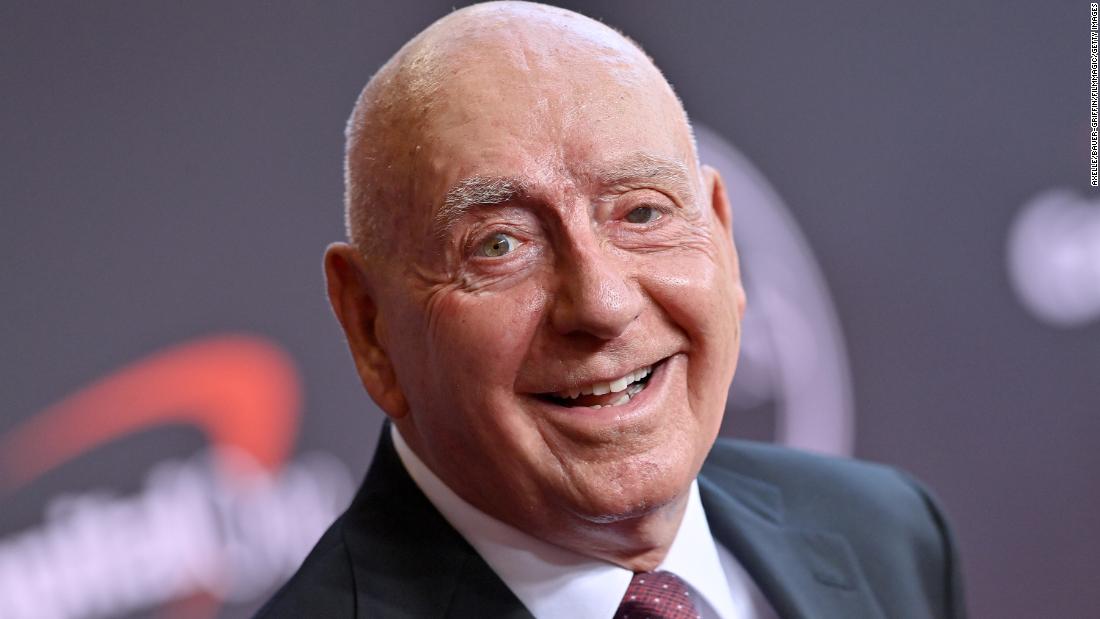 I was surprised to learn that Edward Packard, the creator and prolific author of the Choose Your Own Adventure series of interactive fiction books, is still alive at 91. And not only that, he’s got a home-made web page with a blog that he updates daily, and has just finished writing another novel.

Ruta Lee is still with us and younger than I though at 87.

I just watched the Scrubs episode in which Dick Van Dyke guest-started as an aging doctor who couldn’t keep up with the times.

I saw a picture of him the other day and he was going to the gym wearing a Mary Poppins T-shirt. He seems pretty awesome and a relatively good candidate to reach 100.

Speaking of Mary Poppins, songwriter Richard M. Sherman is still with us at 94.

Yes, well Glynis Johns was in that movie, and she is currently 4 years older than Mr. Sherman.

In contrast, the lad was played by Matthew Garber, who expired some 13 years after the movie’s release, at age 21, of hemorrhagic necrotizing pancreatitis – I mean, ewwww.

A recent story kind of caught me off guard: Yvon Chouinard is transferring the Patagonia company to a trust, to insure that its profits are used to further environmentalist goals.

And, I thought, is he still alive? I mean, only 83, but you would have thought he had fallen off something by now.

The infamous comedy actor Mohammed Saeed al-Sahaf, known to us all as “Baghdad Bob”, is living the good(-ish) life in some place like Durain or Bahbai. At only 85, he is still a pup in vigodaspeak, but it still seems a tiny bit surprising the he yet endures.

He will stand next to his casket saying,“Rumors of my death? I’m fine!”