Who should be the next host of "Jeopardy!"?

The best part about that is Alex’s response of “Oh no…” Just on the edge of ribbing him a little for being so impressively wrong.

You wouldn’t happen to have been this guy ?

Remember that one game, where there was a sports cartegory, and no one rang in on any of the five? Just silence.

That was specifically a football category.

I don’t know about this guy. He’s better than Oz, but that’s a very low bar to clear. He, the other guy I don’t recognize and Katie Couric are all ok, but not great. So far, of the potential new hosts, I’ve liked Jennings the best.

Apparently, some people never grew up, and still think the entire world is divided into the Good Guys, geeks who love knowledge and progress and have “In this house, we believe: science is real…” etc., etc. signs in their front yard, and the Bad Guys, jocks who are anti-intellectual progress-thwarting Science Deniers™ and probably voted for Trump to boot! And saying with a smirk that you’ve never heard of something three Jeopardy contestants had never heard of either puts you in the latter category.

Or perhaps you were referring to someone encountered elsewhere, who did construct an argument along these lines?

What are you rankings of the guest hosts we’ve seen so far?

I basically agreed with your assessments; broadly I’d put Jennings and Richards at the top, Rodgers and Couric in the middle, and Oz alone at the bottom. Admittedly this is partly based on things I know Oz has said and done outside the confines of the show itself, but even so, I didn’t think his performance redeemed his reputation in any way.

I’m very interested to see what the upcoming hosts have to offer.

I’m surprised that no one* has mentioned the news about LeVar Burton actively wanting the gig. People made an online petition, and he responded to it, and now seems to be pushing pretty hard, based on all the posts I’ve seen on Reddit about this over the past week or so. 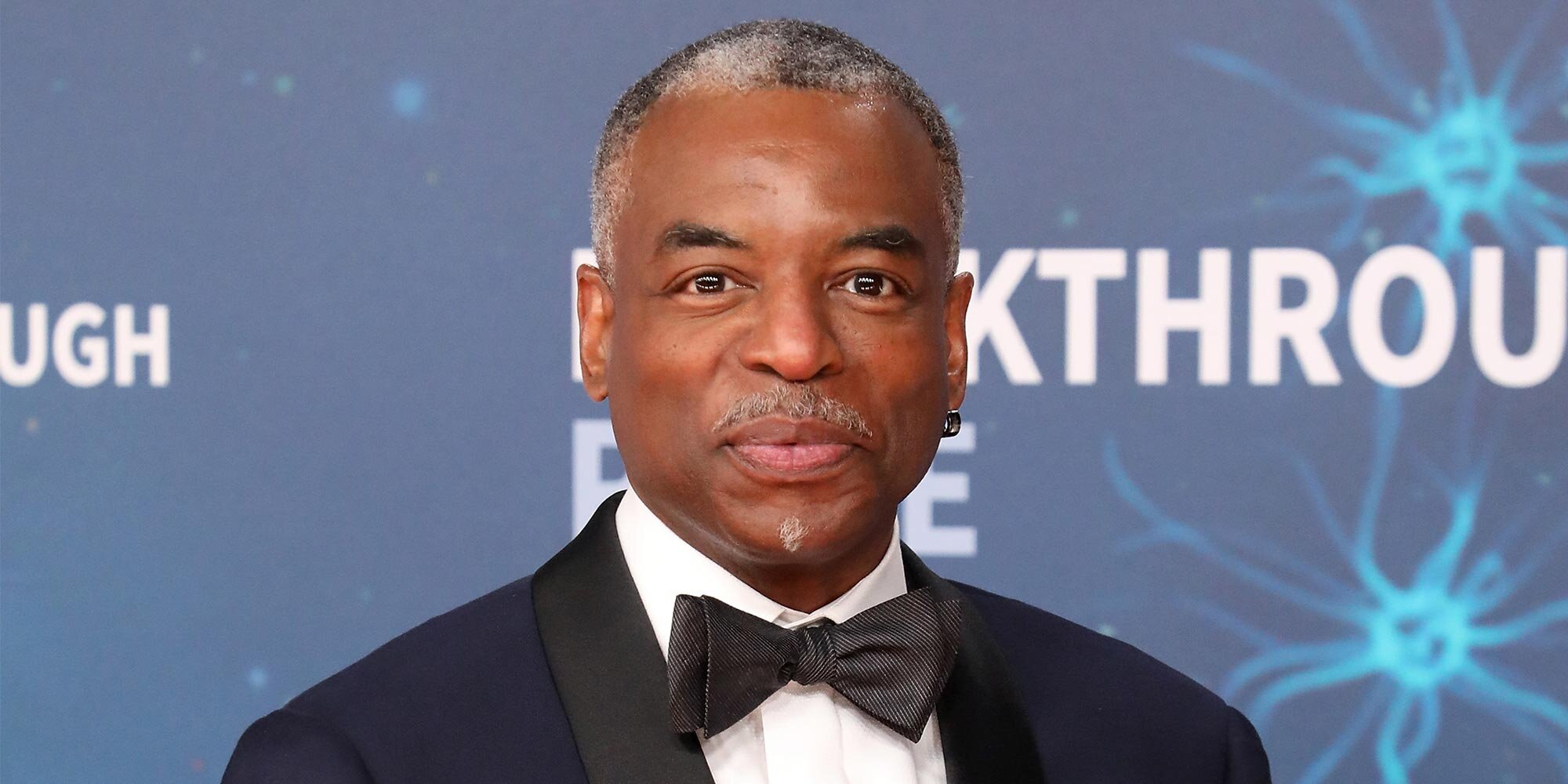 "I don't believe there is anyone out there who is better suited for this job than me. And I will go to my grave believing that," LeVar Burton tells EW.

*At least, I didn’t see any when I searched the thread.

I’ve seen plenty of suggestions for LB, but it was only recently that I’ve seen that he wants it. Hope he at least gets a guest spot.

Man, Aaron was not happy that no one got the Packers last night. And it’s not like they were sports-averse contestants - they answered the rest of the category successfully.

I felt a little bad for the contestants - It seemed like a situation where if I were a contestant, I’d be thinking, “I’m pretty sure it’s the Packers, but is that a little too obvious right now with Rodgers as host?”

That’s even worse than the time Bojack Horseman had to name the star of the “Harry Potter” movies while sharing the stage with Daniel Radcliffe: 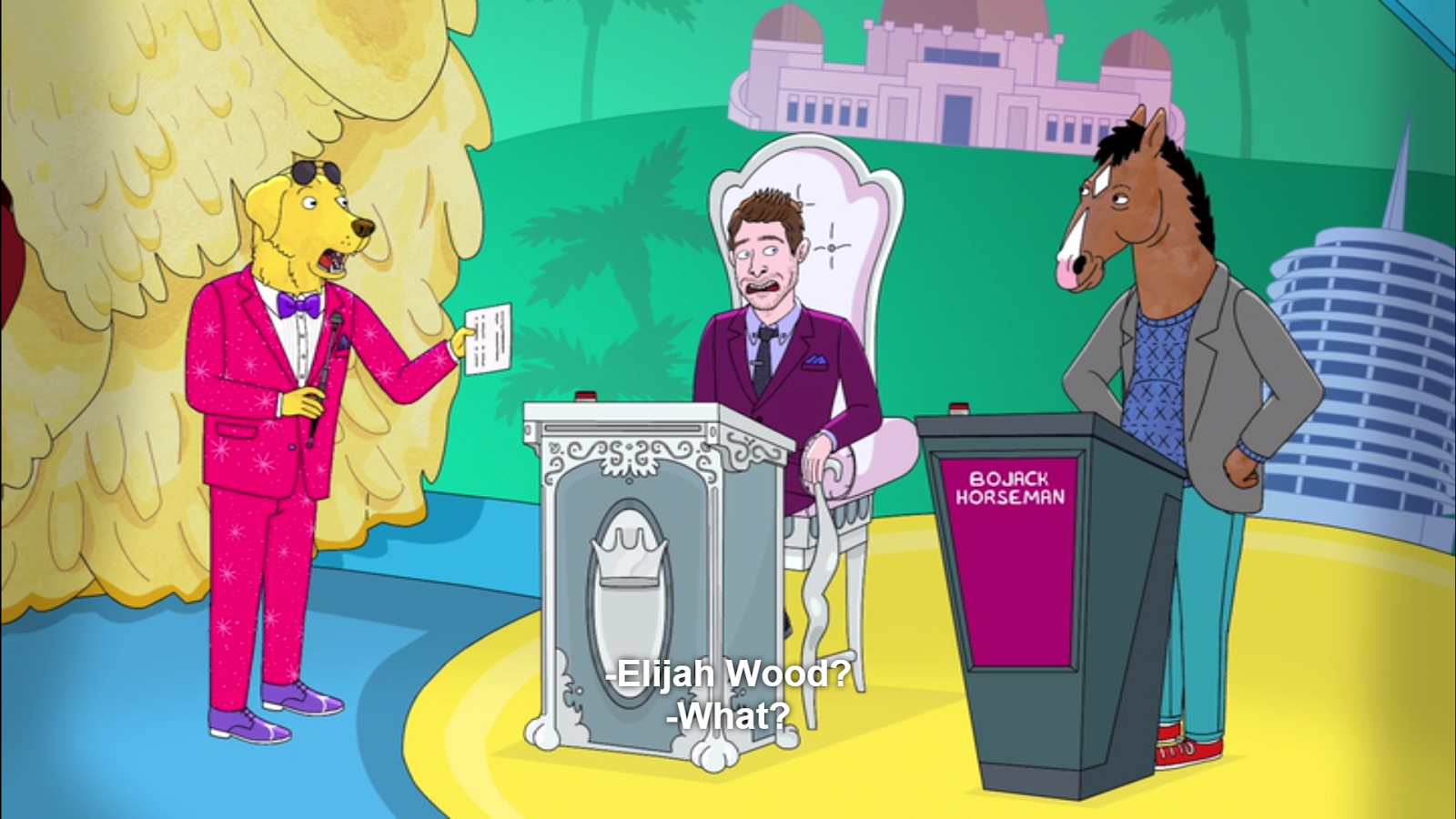 Too bad that Charles Krauthammer is dead - another excellent choice.

Yes, that was Awesome!

Yes, I was literally LMAO!

Same here. One of the funniest moments I’ve ever seen on Jeopardy! At this point I’d be fine with either Aaron or Ken as permanent host.

He may have started a bit rough, but overall I think Aaron did very well.
Next 2 weeks – Anderson Cooper.

I already found Jennings a little smug, and his Twitter jokes (since deleted) didn’t help…“Nothing sadder than a hot person in a wheelchair”…plus his defense of his podcast co-host, who is a douche.

All that adds up to my not wanting to see him as Jeopardy! host, and I’d like to see Burton at least get a chance, even if I do suspect that Jennings has already been selected.

The nails went into Aaron’s coffin at “joolurry”.

Nice way to go out…taking a shot at Stanford.

I felt a little bad for the contestants - It seemed like a situation where if I were a contestant, I’d be thinking, “I’m pretty sure it’s the Packers, but is that a little too obvious right now with Rodgers as host?”

I recall watching a Celebrity Jeopardy episode many many many years ago, where the correct response was the name of one of the contestants (a different person with that name, but the same name nonetheless). That wasn’t the only coincidence of clues relating to contestants in that episode either. It wouldn’t surprise me that they would intentionally use a clue whose response was related to the hosts that they have currently.