Why are docs and hospitals still using faxes?

I guess old habits die hard. Most of their records are online which is nice but they are still big fax users from what I can tell. Some docs only use fax to send rx to pharmacy. 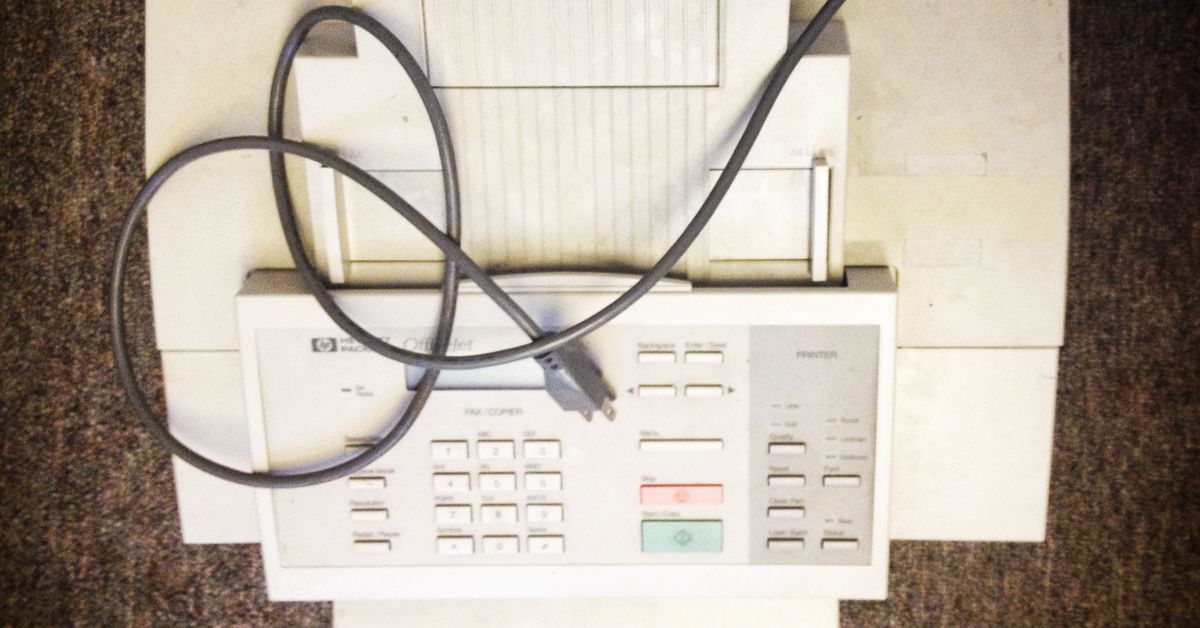 75% of US medical communication happens by fax machine. What year is it?

The clinic has digitized its own patient data. But its electronic system can’t connect with other clinics’ records. So when doctors want to retrieve records from another office — an ultrasound for a pregnant patient, for example — they have to turn to the fax. 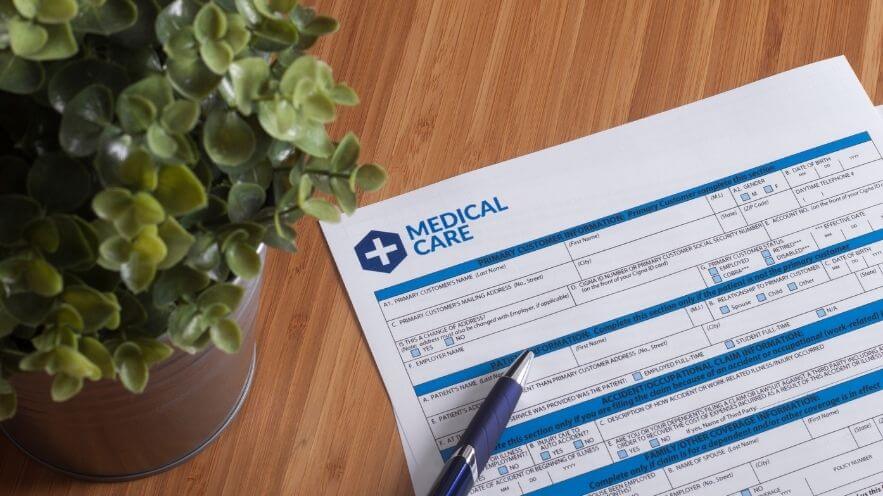 From added security to convenience, there’s actually a good reason why hospitals still use fax machines to transmit important information.

Why Your Doctor's Office Still Depends on a Fax Machine

Though the technology is largely passé, fax machines are ubiquitous in health care settings. There are many reasons why, and chief among them is the inadequacy of electronic health records.

Fax machines cover for the shortfalls of EHRs in other ways, as well. They are easier to use with less cumbersome interfaces, and they provide targeted information rather than information overload. In a 2018 poll, nearly half of doctors said that they often engage in activities like taking paper notes and scanning medical documents in an attempt to avoid EHRs [Electronic Health Records] in the first place. The issue is clear — as long as the electronic tools we create don’t make health care more efficient, pens, paper and faxes will retain their privileged place.

“May I have your fax number, please? Before I can confirm the booking, we’ll need you to fill out your travel history and send that back to us.”

“Cynthia, I have filled out my travel history half a dozen times already this year. I’ve told six different airlines that I flew to Detroit twice and Houston once. Every time I fly, I answer the same battery of questions. At least a dozen airlines have my travel history. Why don’t you get it from them?”

“We have no way we could do that. We do not have access to other companies’ records, and our personnel have our own system for collecting travel history.”

“But 95 percent of these questions are always the same. Don’t you know that every time I fill out one of these duplicative forms I increase the chance of error? Wouldn’t it make more sense to hold my travel information centrally, so that everyone could see the same thing?”

“Sorry, sir, we have no capability for that, and we do need to have your travel history at least two weeks before you fly.”

“I don’t suppose I could fill out these forms online?”

“No, sir. The forms are only about 30 pages, though. Did you have that fax number, please?”

“I don’t have a fax machine. No one faxes anymore. Just e-mail me the forms.”

“I’m sorry, sir, we don’t use e-mail to transmit records and other personal or secure documents. We keep our records on paper.”

“What century is this? You think paper is secure?”

“We do keep all your travel records on low-acid paper and in fire-retardant file drawers. When someone needs access to your records, we make a photocopy and put them in the mail. Or fax.”

Or so I have been led to believe. Someone who knows more will be along in a minute.

ETA again. And I was mostly wrong, apparently.

Hospitals still use fax because it works…

It’s the reason my hairdresser stopped keeping a digital appointment book and went back to a physical calendar on paper. No outage, no internet downtime, always “backed up.”

I’m so sick of having to keep a fax machine around because of the medical industry (this is work related…not at my home). At least they finally moved away from telegraphs.

Of course, we also deal with data security contracts that do not allow the data to reside on any computer with a modem. Some industries are slow as hell to change. There are plenty of ways to transmit data securely that don’t involve a machine invented nearly 60 years ago.

a machine invented nearly 60 years ago.

Correction: more than 160 years ago!

Scottish inventor Alexander Bain worked on chemical mechanical fax type devices and in 1846 was able to reproduce graphic signs in laboratory experiments. He received British patent 9745 on May 27, 1843 for his “Electric Printing Telegraph”.[3][4][5]Frederick Bakewell made several improvements on Bain’s design and demonstrated a telefax machine.[6][7][8] The Pantelegraph was invented by the Italian physicist Giovanni Caselli.[9] He introduced the first commercial telefax service between Paris and Lyon in 1865, some 11 years before the invention of the telephone.[10][11]

There are plenty of ways to transmit data securely that don’t involve a machine invented nearly 60 years ago.

Yeah, if all the proprietary software agrees to talk to each other, all the appropriate fees are paid for, etc. Which rarely happens when thousands of medical facilities are daily in communication with thousands of other, differently computerized medical facilities. I blame the makes of the electronic equipment who make big bucks building interfaces between systems.

I’m not disagreeing with you. The medical records software industry is a money-grubbing shit-show filled with crap products that tie you into their super expensive system. We have a complete boondoggle of a $20B (yes, billion) federal medical record project going on for the VA hospitals and the hospitals around here are the unlucky guinea pigs. It’s been a disaster leading to bad patient outcomes. Lots of articles about this train wreck can be found at the Spokesman Review site, but here is one of the recent ones: Vital computer system has gone down more than 50 times since launching in...

WASHINGTON – An electronic health record system being piloted at Spokane’s VA hospital and other sites in the Inland Northwest has been partly or completely unusable at least 50 times since its launch in 2020, the Department of Veterans Affairs...

Preach it! We delivered better care back in the paper chart days, in my system. Still playing catch up with a horrible, horrible EMR for which my hatred burns with the heat of 100,000,000 supernovae.

There are plenty of ways to transmit data securely that don’t involve a machine invented nearly 60 years ago.

There absolutely are, and I would not trust anyone (even a reputable expert) to implement any of them without an independent security audit to verify.

We delivered better care back in the paper chart days, in my system.

If I couldn’t get a high-tech solution that complies with regulatory practices and is better than the current system, I would just keep using the filing cabinets and fax machine, too, rather than play along with a money-grubbing shit-show.

60 years ago they were smart enough to adopt universal standards either through government mandate, monopoly decision making, or industry agreement.

The lack of standards is why the Hnited States has worse mobile phone service than most of Europe and Asia.

Fax machines are still viable because they JUST WORK, something that today’s tech hasn’t learned.

Regarding the issue of incompatible EHR systems, I used to work for a group purchasing organization that bundled the buying power of many smaller companies to get better prices from suppliers. While working there, I learned about electronic data interchange that allowed companies to place orders with other companies that used incompatible systems.

There absolutely are, and I would not trust anyone (even a reputable expert) to implement any of them without an independent security audit to verify.

I would just keep using the filing cabinets and fax machine, too, rather than play along with a money-grubbing shit-show.

The lack of standards is why the Hnited States has worse mobile phone service than most of Europe and Asia.

Fax machines are still viable because they JUST WORK, something that today’s tech hasn’t learned.

I’m down on using fax machines but I’m not down on using a standardized set of protocols and software for EMR. Not sure the US will ever get its head out of it’s butt and fix this situation. We can’t figure out the insurance side so I have little hope for any real reform or changes.

Sorry, EMR issues bring out the punctuation nazi in me . . .

I blame the makes of the electronic equipment who make big bucks building interfaces between systems.

I can’t imagine they’re entirely to blame. If I owned epic, there’s no incentive to make my software compatible with my competitors. In fact, the less compatible they are, the more likely offices using other brands of software are to bite the bullet and switch to epic.

I don’t know what you are talking about.

So there’s no industry standards when it comes to medical software? That sounds crazy to me. In manufacturing, we have to communicate with hundreds of systems and it seems to work for the most part. I assume that’s because everyone in my field agreed to a standard.

Sending 20-30 GB sized MRIs and CTs electronically is no picnic either. But most systems where such scans are done and interpreted do have the ability to push the actual data through between them. Your standard medical offices where specialists are not doing or reading the scans tend to lack that, though. My own XR connection only lets me see lower resolution versions of the actual digital XRs taken, getting the high res stuff out to the radiologists only, for official interpretation.

So many opportunities to do things better!