Why did I put my hand under that tarp? 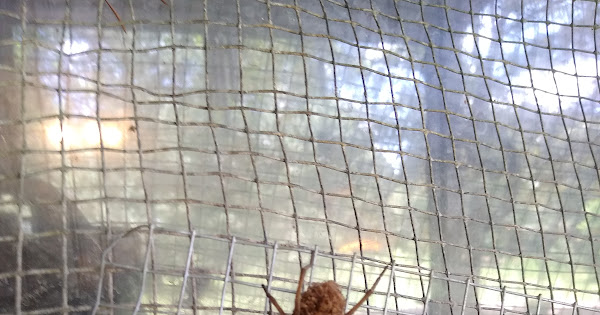 Gah!!??!! I tried to gently move it to another location.
I need that piece of rabbit wire for the chicken pen.
So I flicked it.
In a puff of purple smoke and eerie music Mama Spider exploded about a gazillion baby spiders.
I nearly puked when I got done running to the house.

(pours ring of gasoline around self, readies matches)

Awww, these are the good guys.

Far better than the huntsman spiders which skitter about terrifyingly (but are also good for pest control.)

Well, the shed should be pest free for years. That’s a plus.
I’ll never know cause I ain’t going near it ever again. For the rest of my life

You’re a country gal old enough to have several kids who lives in a wooden house in a forested area and you just now noticed there are spiders nearby?

Remember that all those gazillion babies, times every litter she ever had/will have in her life, is just barely the number of baby spiders needed so she can replace just herself and one mate per litter.

Almost everything she sprayed out of her innards was just food for bigger critters. Think of 'em as the bird & lizard equivalent of animal crackers for us.

Oh, I’ve seen many many critters out here. I just never actually saw a spider explode babies in an arc of 5ft or so.
Creeped me right out, it did.

Don’t worry Becks, one or two of the baby spiders will eat up all the other ones. . .

Why, oh why did I open this thread? I’m OK-ish with spiders. Exploding spiders, not so much. Blech.

What possessed me to take a picture?
I’ll never know.

In my head it’s a lot bigger. But I have a picture permanently on my phone to tell me my imagination is bigger than reality. I don’t like that.
I’ve come to rely on my fertile imagination.
This new phone with it’s easy to use camera feature will be the ruin of me.

I had to go out to the shed again. I left the wire cutters out there. I tried to bribe the lil’wrekker or Hamza. Nope.
They wouldn’t do it.

I ran in got the cutters and ran out.
Gah!!?!! I got spider webs in my hair. I just knew there were baby spiders in my hair.
Yeeeshh!
If I keep getting my heart rate up so high imma need medicine for it.

You definitely have baby spiders in your hair.

Back when I was a kid, we were plagued by mosquitoes, so much so that our family all had to drape mosquito netting over every bed. It was like sleeping in a tent. Even still, though, you would sometimes get a mosquito inside.

I got some spiders (I have absolutely no idea what species they were to this day, but they were somewhat similar in appearance to wolf spiders) and then put them in the netting tents - the idea being that they would catch any mosquitoes that made it through or into the netting. I would keep several of them; they would make their webs in the corners of the nets while I slept. They were about 3 feet above my head while I was sleeping.

I don’t think any ever actually caught a mosquito, but they were fun to watch, making their corner webs.

I have you know I have washed my hair, @Velocity and @Icarus , because of you two.

Oh, I’ve seen many many critters out here. I just never actually saw a spider explode babies in an arc of 5ft or so. 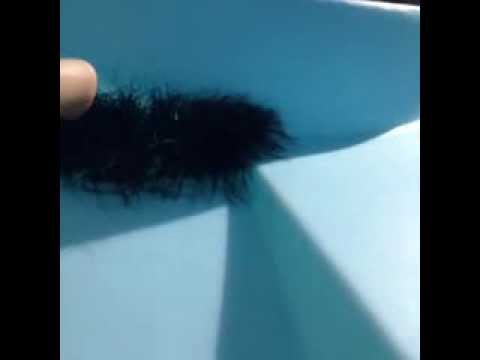