Why does the Italian culture almost have a monopoly on the mediterranean ambient?

What are the first things that spring to most people’s minds when they hear the word “mediterranean”?

Santorini in Greece and the French coast are a close second, but other than that, the word mediterranean almost entirely associates with Italy. When people think about Spain, they usually think about Spain specifically, their spicy food, dances, lifestyle and so on, but not really in the combined context with Italy.

So how exactly did Italy manage to make this image throughout centuries, while the others didn’t?

I think of mezze and sun drenched streets.

The Sea Peoples’ conquest and the Bronze Age Collapse. The Hellenistic and Phoenician thalassocrasic civilizations of Classical Antiquity. The Roman Republic, Carthage, and the Punic Wars. Mare Nostrum. The Barbary Pirates. The Iliad and the Odyssey. Goat cheese, flatbreads, olives, and retsina. Great sailing and diving.

Spain does have a large Mediterranean coast and a major city (Barcelona) on it, but because the Celtiberians were thoroughly conquered by the Romans and didn’t leave much history, and the subsequent conquest of the eastern Iberian peninsula by the Moors that lasted through most of the European Middle Ages, it doesn’t factor as much into pre-modern history as other regions with ties to classical Greece (as largely filtered by the Roman pastiche of it). Under Franco Spain was quasi-isolationist and not factoring into post-WWII European culture and politics as much as Italy or Greece.

When I hear Mediterranean, I’m just as likely to think of Turkey, Lebanon, Greece, etc. Like when I come across a Mediterranean grill, I more expect hummus, kebabs, and pita than Italian food.

Yeah, I think the association with Italy is just strong for the OP. I’ve spent a lot of time in Turkey and that’s what I think of: drinking beer, eating mezze and people watching.

Food-wise, I associate “Mediterranean” with Spain and Southern France, not Italy.

I dispute the premise. My Spain is as mediterranean as it comes. One of my favourite songs has the title Mediterráneo, by Joan Manuel Serrat.
And Spanish food is a lot of things, but, some chorizo varieties apart, not spicy.
But the Italians, I must admit, are very good at selling and at creating an image of themselves.

I think, for many Americans, it is a relic of WWII. Many Americans fought in Italy, and the Italian film industry was very prominent in the post WWII era. Couple that with the large number of Italian immigrants who settled in the east coast of the US. This created a cultural predominance of Italy in the Mediterranean in the minds of Americans.

When I think “Mediterranean” , I think of Italy - but also France, Spain, Greece, Israel, Lebanon, Syria, Egypt and Morocco. I realize those aren’t all of the countries with coastlines on the Mediterranean, but some of them I forget about and others I just don’t think of as Mediterranean.

When I think of “Mediterranean food”, I definitely don’t think of Italian food-- That’s just “Italian food”. I think of mostly Greek, but with some influence from Turkish.

Although I also think of other cultures as mediterranean, I believe the original poster has a point. For example I’ve sometimes seen “the mediterranean diet” explained as the diet of Italian peasants.

Perhaps it’s a holdover from British culture… Where did upper-class Britons go when they were “doing the continent”? Italy and Greece would likely have been the mediterranean countries. And then these upper class people came homw and wrote their travel books. Italy became the window through which the english-speaking culture viewed the mediterranean - although that doesn’t answer the question “Why not Greece?”

Hmm, I can think of ONE counter-argument - Mark Twain’s writings of his “grand tour”, including countries such as Egypt.

Where did upper-class Britons go when they were “doing the continent”?

But the regular folks vacationed in Majorca. 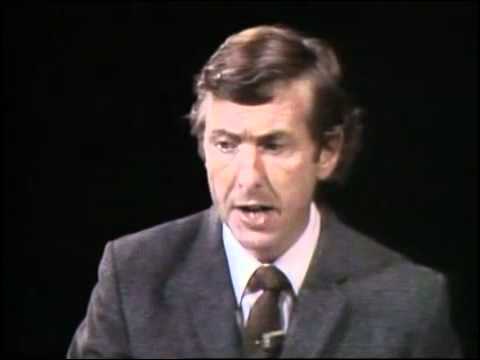 Like when I come across a Mediterranean grill, I more expect hummus, kebabs, and pita than Italian food.

Yes: if I went to a restaurant that advertised Mediterranean food and it served only pasta and pizza, I would be very confused.

Italian actresses did much to promote Mediterranean culture in the Hollywood of the 1950s.

I’m reminded of a questionably conceived commercial from some years ago, in which a husband and wife are sitting on their front porch lamenting that they had to cancel their trip to “the Mediterranean.” The wife opines that they can at least enjoy some delicious Sabra hummus, and the husband agrees…“It’s like our own little Mediterranean vacation!” At which point there’s a loud booming crash as the picture window behind them shatters. And scene!

(Just kidding, there’s more: their son comes running out to retrieve the bowling ball that one of his friends just lobbed through the window, and the couple turns around to see that there was a wild teenage party going on in their living room the whole time. (“Dude, I thought your parents were in the Mediterranean!”))

======
*soft and juicy–not tough and tasteless like in American supermarkets.

**notice that I said “some” lettuce–not “an entire bowlful of lettuce and nothing else”, like American restaurants serve.

Italy is, ya know, right in the middle of the Mediterranean Sea. I think most of the country is within 75 miles of the Sea. The only other major culture/country like that is Greece. Spain, and France, while having a significant coastline along the Sea, have vast expanses covering other environments, with a majority of their population not along the Sea. Italy is nearly an island surrounded by the Med Sea. California, at least, is frequently referred-to as having a “Mediterranean climate”, and does look and feel a lot like Italy - so it’s easy to associate Mediterranean with Italy if you live in CA.

That said, I kinda disagree with the OP - Italian and Greek are pretty well-known and distinct cuisines, at least in the US. “Mediterranean”-style food to me seems to be more eastern Med, but in reality is a mish-mash of many cuisines of the region (pitas, hummus, falafel, salads, kebobs, feta, etc.), while Italian and Greek are fairly identifiable.