Why Is Christmas A Federal Holiday In The United States?

Why is the allegedly Christian holiday Christmas a federal holiday in the United States?

I think it is the only Christian festival that is. (Easter?) St. Swithin’s Day isn’t. Neither is St. Andrew’s Day.

So what makes it an American holiday? And why not Passover too, while were talking about it? I am quite SERIOUS when I say that.

One factor is that, unlike Easter or Passover, Christmas is on a set date of the calendar every year.

One reason is that many don’t consider it a religious holiday.

Another is that the winter solstice will be marked. Most cultures do, especially those well above the equator.

But mostly it’s about money.

At this point the public holiday Christmas is quite separate from the religious celebration. Many countries have December 25 as a public holiday even with very few Christians. For example, it is a holiday in South Korea and Malaysia.

It’s not just the United States. Much of the world celebrates Christmas a national holiday.

No need to overthink this. For the overwhelming - OVERWHELMING! - percentage of people in North America, it is a holiday that they will take whether or not the Federal Government recognizes it or not.

So years ago the government in the United States took the completely pragmatic approach and declared it a federal holiday. Then supported (papered over) the decision by stating that it has become a secular holiday and there’s no conflict between state and religious separation.

I hate that. Liking to go out every day, I hate that everything is closed. Yeah, bah humbug

IME liquor stores and gas stations are open on Christmas, so you’ve got that going for ya! Pick up some beer, beef jerky, and gas station hot dogs or pizza. Mmmm, Christmas. (Burp.)

I hate that everything is closed.

Likely not everything: arguably, in the US a traditional “Jewish Christmas” is going out to see a movie followed by Chinese food as those tend to be open for business.

Though with covid who knows? Maybe Netflix and delivery?

Many countries have December 25 as a public holiday even with very few Christians. For example, it is a holiday in South Korea and Malaysia.

Christianity is a major religion in South Korea and Malaysia. About thirty percent of the population is Christian. The percentage in Malaysia is smaller; around ten percent.

For comparison, the largest non-Christian religion in the United States is Judaism, with about two percent of the population being Jewish.

Two percent is about the percentage of Christians in India, and it’s a holiday there.

Its a holiday in Japan as well, not an overly large Christian community there (like 1%). According to my Japanese coworkers its more like Valentines Day and I believe that going out for KFC is a thing. Its also an excuse to give presents and who doesn’t like presents?

We’ve had threads in the past, including a recent long and occasionally contentious thread, about whether Christmas is a religious or secular holiday.

Which raises the question of whether that’s due to religious reasons.

Years ago, I was back visiting my folks over the holidays. We decided to go out and see a movie on Christmas Eve, in Rockville, MD. As we walked into the theater, I made a comment to my dad that there were only going to be Jews (like us) in the theater. He poo-poo’d me and said that lots of non-Jews go out to the movies on Christmas Eve. I raised my eyebrows, and said “sure.”

As we walked into the theater, the first thing we saw was a row of heads, all wearing yarmulkes. I turned to my dad, and he was already stifling a laugh, and he said “ok, you win!"

the first thing we saw was a row of heads, all wearing yarmulkes

They could have been gentiles respecting the Jewish religious tradition of going to the theater on Christmas Eve.

I get why Jews would not be at work on Christmas if it is a federal holiday, but are you saying they celebrate Christmas by going to the theatre or some other ritual?

Which raises the question of whether that’s due to religious reasons.

I think in part, yes. There are countries where the “weekend” is Friday-Saturday.

I get why Jews would not be at work on Christmas if it is a federal holiday, but are you saying they celebrate Christmas by going to the theatre or some other ritual?

All of my Jewish friends had the time off, we didn’t have family events to attend, and it was fun to get together for the evening. It’s a fun time with few other options available. It’s not a religious celebration, very few of us were particularly religious, but none of us celebrated Christmas so we had no place else to be.

And with the three LOTR movies being released in mid-December three straight years we had a ready set event.

but are you saying they celebrate Christmas by going to the theatre or some other ritual? 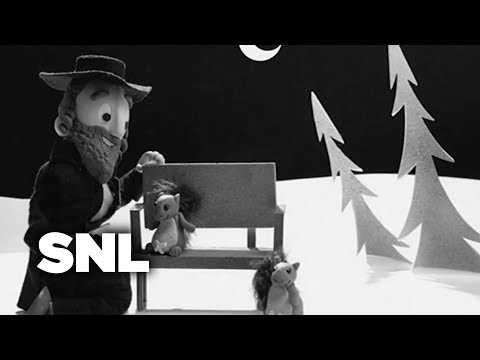 are you saying they celebrate Christmas by going to the theatre or some other ritual?

I’m not Jewish so you can take what I say with a grain of salt, but my sense is that it’s just kind of a tradition that sprang up among people in response to the fact that the classic Christmas rituals do have a religious connotation to them, and rather than feel left out, they created their own non-religious holiday traditions.

Hell, my family was most definitely Christian, but liked the idea of Chinese food and theatre so much that they adopted the tradition themselves. We used to go see live drama - I saw productions of “Lenny” and “One Flew Over the Cuckoo’s Nest” on Christmas Day in the 1970s.

Another data point on countries that aren’t majority Christian: in Indonesia, Christmas is a legal holiday. However, it is a holiday specifically for religious reasons, as the country is based on the concept of “pancasila” (five principles) under the rubric of “unity in diversity.” One of the principles is belief in god; there are 6 recognized religions in Indonesia and all are treated with respect (theoretically and legally, anyway; that’s not to say there has not been considerable sectarian strife in the country). This respect takes the form of designating significant religious celebrations from each religion as a holiday for everyone.