I wonder why they don’t use a helicopter.

One time I was staying at a motel in Marinette, WI. Also staying there were 4 or 5 cars with “wide load” type signage. Asked what was happening, and they said they were the cars that go ahead and behind the truck that was transporting a wind turbine blade from the port to somewhere in Iowa.
Not that time but I have seen blades being transported (level, not tipped up)

Brian
A helicopter capable of carry a blade that big is likely thousands of dollars an hour (10s of thousands?) and may not have the range needed
(ETA, found one cite for $5000/hour)

Brian
A helicopter capable of carry a blade that big is likely thousands of dollars an hour (10s of thousands?) and may not have the range needed
(ETA, found one cite for $5000/hour)
http://www.vannattabros.com/iron32.html

I think a large helicopter like a Chinook, Super Stallion, or Skycrane should easily handle the weight. Although I wonder if it’s safe carrying what amounts to a 200 foot wing?

Something that big, hanging from a cable attached to a helicopter, is going to swing and move about. That might be less safe than the current method, where the blade is firmly attached to the truck platform. I don’t know but I assume that the companies responsible for this rejected helicopter transport for valid reasons.

Looking at the pictures, you’d think a strong gust would put the truck on its side.

Wind may dictate when they can move it.

I assume the driver was cautioned about watching out for low clearance underpasses.

Don’t forget, the wide angle lens on the drone is exaggerating the size of the blade. It isn’t 300 feet in the air, more like 60.

The article from Jalopnik links to a LinkedIn post from the transport company that says the blades were 67 meters, which is 219 feet.

Not what I was expecting…

There was a wind turbine factory somewhere near Burleson, TX, and I would see trucks carrying the blades and other parts fairly often on my commute. But the blades would be transported flat, not at an angle like that.

My guess is that the contraption the OP posts is more of a European thing required where the blade has to traverse small winding roads in small towns, while that’s not usually necessary in US towns.

The heaviest lift helicopters top out at around 20K lbs of useful load.

A 200ft blade weighs some 40K lbs by my reckoning. I could only find cites for older smaller blades and applied some standard aerostructures scaling factors to derive an estimate for a 220 ft blade. If anybody can find an actual cite for weights of blades that long that’d be informative.

IMO: The reason we can’t use helos is that the very biggest helos are ~50% too small.

Yeah - the one time I saw one being transported, it was horizontal.

IIRC, it was managed by basically having two trailers, one at the front end and one at the back end. I can’t recall whether there was any other support in the middle - was too busy driving my car at the time to look too closely. I believe there were several cars in convoy as described by others.

The photo showing one transported at an angle is really strange.

Aha: this looks a bit like what I remember seeing:

The trucking of oversize loads along the Great Western Highway is expected to take several months but planners aim to keep traffic disruptions to a minimum.

Those suckers really are huge. We drive through a wind farm along the interstate in Indiana a couple years back and there were dozens upon dozens of them - but until you get close to one you really can’t see the scale.

The ones that stick up in the air seem like they are attached to a giant swivel that lets the blades be moved up or down, right or left so that they can negotiate any overpasses (down-straight) or roadside buildings/post etc.(up-right or left).

My guess is that the contraption the OP posts is more of a European thing required where the blade has to traverse small winding roads in small towns, while that’s not usually necessary in US towns.

I saw a youtube documentary on, I think, that exact move. And yes, it was to deal with winding roads. Having the blade up in air essentially makes it shortens the length of it. They even hit one area where they had to change the pitch to deal with overhead lines.

This isn’t the documentary I watched (it was a longer one with full narration), but it appears to be the same move. 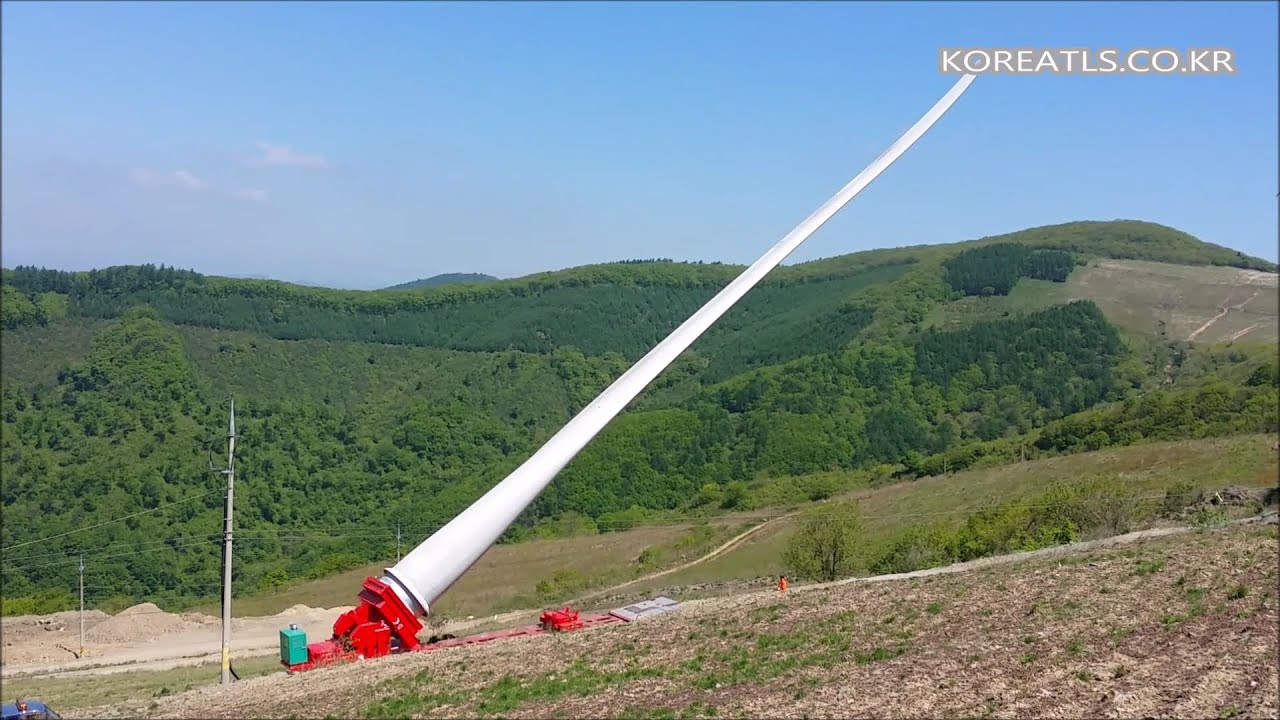 Here’s the one I watched: 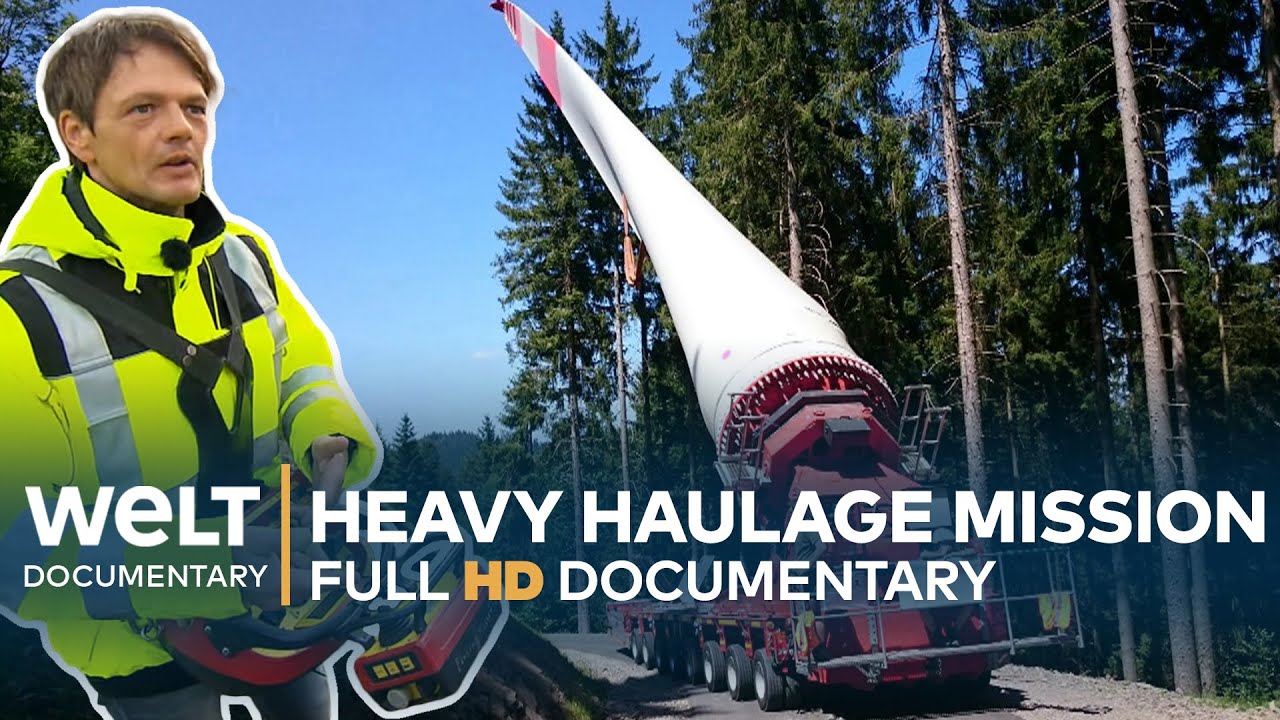 Ans a Chinese one: (2) How are wind turbine blades transported to mountains? - YouTube

The Jalopnik page I linked to in the OP links to a YouTube video that shows the blade mechanically attached to the trailer, and you can see the operator raising and lowering the angle and twisting the blade as necessary to avoid obstructions. They may change the angle so it’s kept in the wind.