I don’t think I’ve ever started a thread before, let alone in the Pit, but recent experience has moved me to pit Windows 10 – although perhaps I should just pit Microsoft for this evil. Sometime within the past year I upgraded my HP laptop to Windows 10. I don’t even remember if this was something I actively chose or if Microsoft recommended it and I agreed to give it a try.

At first it seemed to be OK, although I wasn’t crazy about it. But after a few months, it did some kind of automatic update and the large Samsung monitor I had hooked up to the laptop was no longer being recognized. After a bit of work, my husband was able to fix the situation. I was happy again so I didn’t ask any questions.

Then it happened again. Another mysterious update and once again, the large monitor was blank. Once again, my husband was able to correct the situation, so once again I was happy and asked no questions.

But then it happened again about a week ago. This time my husband couldn’t fix it, and neither could I. (My own former geekiness was by now a distant memory.) He tried to reinstall Windows 7. but to no avail. He even took it to a computer shop this morning and they confirmed that it was too late – we were stuck with Windows 10.

As far as I can tell, the problem is caused by the fact that the driver for the Samsung monitor is not compatible with Windows 10. As noted earlier, I didn’t ask questions previously because my husband was able to fix it. Now I’ve been doing my own googling and it looks like Windows 10 not only forces itself upon hapless Windows 7 computers, but it also insists on doing various driver “fixes” that keep the “fixed” hardware from working.

I have been resisting for a couple of years my husband’s constant encouragement to move to a Mac but I’m thinking the time has come. I feel almost like the moderate Republicans who are saying “I’m not leaving the party, the party left me,” except that in my case “I’m not leaving Microsoft, Microsoft has left me.”

I feel your pain, I had pretty much the exact same thing happen to me. Makes my laptop pretty much useless.

Swap in a generic monitor driver. The manufacturer ones are only needed in most cases if you do things like color calibration.

(I’m staring at three Samsung monitors, one quite old, one run in professional graphics mode with color calibration. It’s not any kind of universal problem. Running OEM drivers with low and midrange monitors really isn’t necessary.)

I just heard that with Windows 10, Microsoft made Solitaire a freemium game with ads and powerups and boosts and whatnot.

If that’s not reason enough to stop using their products, I dunno what is.

Get Windows 7 games for Windows 10

I downloaded it and it works great.

Shrug. I just called up the Solitaire pack for Win10 - stopped playing those games a long time ago - and got a hand of Klondike out while admiring the pretty graphics. No ads. No interruptions. No in-game sales. Just a real gussied-up version of WinSolitaire.

So would you recommend a website for a generic monitor driver? It seems I can’t do much looking while I’m here at work. They’re blocking more and more sites. I’m lucky they haven’t discovered this one yet!

Uninstall the Samsung drivers and let Windows choose its own driver. It’s just possible that it will select something that won’t support full resolution, so you may have to find a compatible “generic” driver among the Windows set.

For further help, though: What’s the specific monitor model, and the specific laptop model (or at least the specific external-monitor graphics chipset), and what kind of connection does it use? Do you have a choice of external connections (HDMI and VGA, for example, or DisplayPort)?

I’m at work right now, not at home, but I’m not sure I can answer all of your questions. I know the laptop is an HP Envy, and the monitor is a Samsung. I’m not sure of the exact model but I think it’s an SD 300. I believe the current connection is HDMI. My husband, who is retired, has more time on his hands and has been the one making choices, setting up connections, and generally keeping us connected. My one area of greater expertise is our TV, since he doesn’t watch much.

I know that Mac users gloating over these problems is not only rude but old hat, but really it’s hard not to! I haven’t had to use anything but Apple for so long that I probably wouldn’t be able to even deal with a machine using Micro$oft.

Come to the dark side! Give up all the hassles!

At least your problem was a compatibility issue with Windows and another manufacturers hardware.

I had to take the steep learning curve route to finally resolve Windows 10’s inability to work with one of it’s own excel libraries.

It took me a while to repair some of my excel Macros which used the latest version of their XML libraries. Resetting the library reference works temporarily but if I transfer my files to my coworkers machine Excel automatically selects the latest version of their XML library and then I have to reset it at each computer wher the program launches from.

Go to the Samsung site and see if they have updated drivers for your model for Windows 10.

Yes Windows 10 is pretty difficult about older hardware, especially printers. My desktop PC has an older ASUS motherboard that doesn’t have 64-bit drivers for the video card and I had to do a lot of tweaking to get 1650x1080 resolution working. Every time I boot, Windows starts with large type and I have to go to Display Settings and fix it.

Get Windows 7 games for Windows 10

I downloaded it and it works great.

I have these, and the funny thing is that the big update I suppose everyone is talking about wiped out the executables. But not the score files. Luckily I still had my install file sitting around.

But yeah, Win10 is quite obnoxious about updating when it feels like it wants to.
My LG monitor still works fine, btw.

I support your pitting. In the past I’ve always enthusiastically upgraded to new Microsoft OSs because there was always good reason to do so. That stopped with Windows XP. When everyone got all excited about Vista, I was going “why would I need that?”. And when it turned out to be a fiasco, I was glad I held off.

I still have several computers and VMs running XP and one running Windows 7. One of the XP machines is really old but the other one is still very capable and will probably get an upgrade to Windows 7, which fortunately I got for it a long time ago. Everything after Win 7 seems designed to benefit Microsoft rather than the consumer. I realize that Win 7, too, will eventually be obsolete, and I’ve already encountered my first mainstream application that will no longer install on XP, but I’ll deal with those problems when I come to them.

Go to the Samsung site and see if they have updated drivers for your model for Windows 10.

Go here to get the appropriate Windows 10 driver for your model.

I know that Mac users gloating over these problems is not only rude but old hat, but really it’s hard not to! I haven’t had to use anything but Apple for so long that I probably wouldn’t be able to even deal with a machine using Micro$oft.

Come to the dark side! Give up all the hassles!

Hassles like being able to play games in your computer?

In the Stygian depths of Windows 10, one may find such writings as to drive one to madness. Bits of the secret lore of Abdul Alhazred. Strange never before seen extracts of Faust. Three complete demonic spells of Alister Crowley. And hints and glimpses, ever just beyond the grasp of one’s sanity, of the unholy template that underlies all…

In the Stygian depths of Windows 10, one may find such writings as to drive one to madness. Bits of the secret lore of Abdul Alhazred. Strange never before seen extracts of Faust. Three complete demonic spells of Alister Crowley. And hints and glimpses, ever just beyond the grasp of one’s sanity, of the unholy template that underlies all…

I hate to rain on the OP’s parade, but there’s a very, very good reason why Microsoft decided to make updates automatic in Win10. Many people were leaving themselves vulnerable to malware, because they weren’t installing updates.

More than 90% of software and operating system (OS) updates are to patch security vulnerabilities in programs.

The majority of malware infections hit people who would have been safe, if they had bothered to install updates.

Despite warnings from people like me, unpatched software is the top reason computers get exploited. 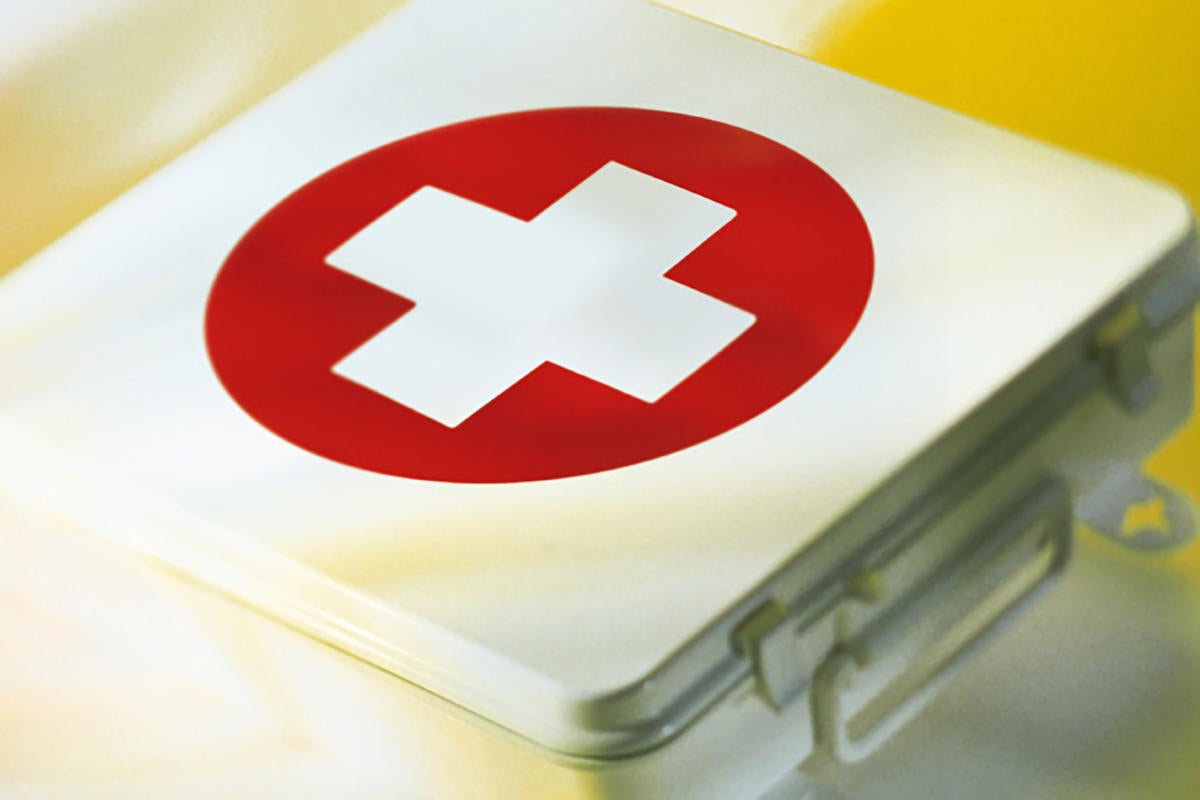 These eight patching best practices mistakes get in the way of effective risk mitigation. Here's how to fix them.

Here’s a list of the current 10-most prevalent malware threats. Notice that most of them are several years old–in other words, there are patches available for these threats. 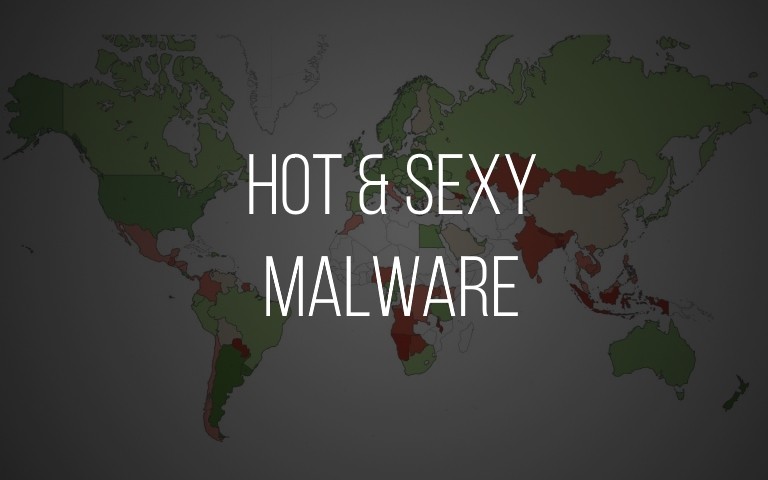 Conficker, Tinba and Sality make up the Top 3