I’m getting ready to teach a few water aerobics classes per week at an all-women fitness center. I’ve taught a few classes here and there, but not enough to get a couple of playlists together.

Now that I’ll be doing it more often, I want to try to get some music that is somewhat high energy.

[ul]
[li]From what I understand about my class the age range is from about 20ish to ladies in their 50s. It’s a higher energy class, so I shouldn’t have many women over 60.[/li]
[li]People have been expressing dissatisfaction with the techno music that some of the instructors have been using, so I want to stay away from that.[/li]
[li]Any type of hardcore music, whether it be punk/metal/POLKA!, is out because I think it’ll be easier to play toward the middle. I want to try to avoid profanity, too.[/li][/ul]

So what do you put on your iPod when you work out? What music do you hear at your gym that seems to work?

Any suggestions are welcome with those things in mind. Modern pop, classic rock, r & b, alternative…whatever. I will use a few songs that I workout to at home, but not all of it is appropriate. Thanks in advance for any ideas you have

I wouldn’t listen to it, but your audience might like “Let’s Get Physical” by Olivia Newton John.

Might want to do a “Girl Power” thing, and feature female vocalists…

I used to stick on Pure Morning by Placebo on the treadmills, perfect steady beat for running, although probably a bit risqué for you.

Instead I’d go with 80’s power ballad classics; Asia, Poison, Foreigner, Whitesnake, the list (sadly, depending on your perspective) goes on.

The first stuff that comes to mind is “good techno” I.e. pop music that has a steady beat. Popmuzik by M, Funkytown by Lipps Inc, Blue Monday and other stuff by New Order and 1999 and similar-era Prince…

Rod Stewart, Da Ya Think I’m Sexy
K.C. & The Sunshine Band, That’s the Way (I Like It)
War, Low Rider
Bee Gees, You Should Be Dancing
Orleans, Still the One
Iggy Pop, Lust for Life
Taste of Honey, Boogie Oogie Oogie
Village People, YMCA
The Police, Message in a Bottle
Sister Sledge, We Are Family
Blondie, Rapture
Lipps Inc., Funkytown
The Romantics, What I Like About You
Hall & Oates, Kiss On My List

For something a little different, try the Yeah Yeah Yeah’s “Warrior”. 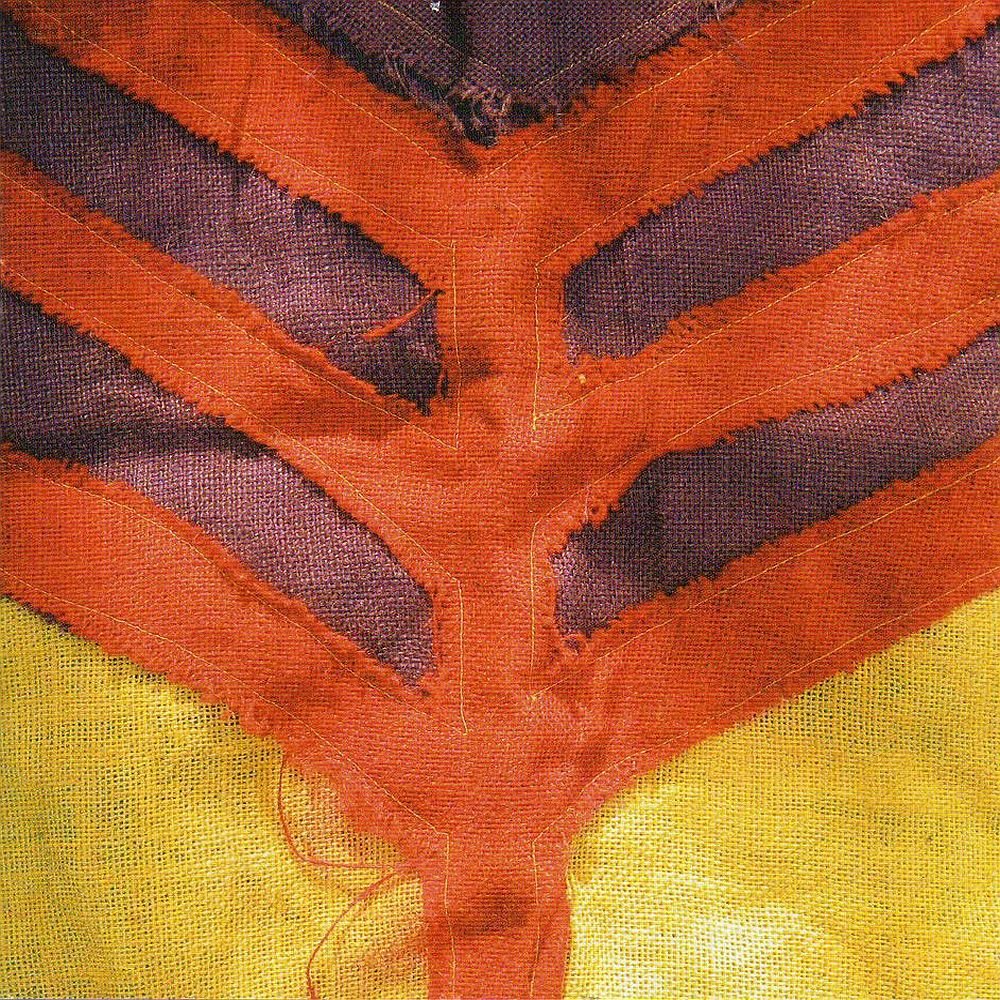 Watch the video for Warrior from Yeah Yeah Yeahs's Show Your Bones for free, and see the artwork, lyrics and similar artists.

It starts slow, and keeps building. I’ve put it on more than one workout playlist.

Would also fit in perfectly for the suggested “Girl Power” theme.

I’m a huge fan of working out to really cheesy, energetic music.

Just when I opened the thread, my playlist choose Beastie Boyz’ Bodie Movin’, which is a brilliant workout song.

The Beasie Boyz might be to much techno though?

-Believe it or not, the remix of Coldplay’s Lost! has this great syncopated beat that is good for lower-impact.

-Micheal Franti’s Say Hey is pretty up-tempo, and a happy song to boot.

Supermassive Black Hole: Muse
Shake It: Metro Station
Paper Planes (DFA Remix): M.I.A. (you can find it on the Slumdog Millionaire soundtrack)
Forever: Chris Brown
Woman: Wolfmother
Miss Independent: NeYo
Live Your Life: TI with Rihanna
Shine: Booty Luv (I KNOW, terrible name but it’s an uptempo song)
Single Ladies: Beyonce
Run: Gnarls Barkley
Going On: Gnarls Barkley
In the Beginning: K’Naan
Disturbia: Rihanna
Tubthumping: Chumbawumba
What I Like About You: The Romantics
Say He: Michael Franti
Creator: Santogold
Amazing: Seal
Armageddon It: Def Leppard
Just Dance: Lady Gaga
Beat It: Michael Jackson
Not My Slave: Oingo Boingo (this is one of my favourite songs of all time-it’s so singable)
End of the World: REM
One Step at a Time: Jordin Sparks
Spoonman: Soundgarden

I Got You (I Feel Good): James Brown
Pump It: Black Eyed Peas
Immigrant Song: Led Zepplin
1979: Smashing Pumpkins
Better Than: The John Butler Trio
What Would You Say?: Dave Matthews Band
Bouncing Around the Room: Phish

I work next to a Jazzercise group. I can hear the music through the walls. I frequently hear a remix version of “Puttin on the Ritz”, “Mercy” by Duffy, and “Love Stoned” by Justin Timberlake. There are others, I just don’t know the names of the songs.

Thanks to everyone who has responded so far! There are some really great suggestions here.

The New Order-ish techno stuff is definitely stuff I can use. I believe most of what they were complaining about was the DJ driven stuff, which is mostly snippets of words without lyrics. I think they like stuff with lyrics better because they’re able to concentrate on something other than how tired they’re getting

And an enthusiastic YaY! for the Beastie Boys suggestion. They are one of my all time favorites, and I listen to “Sabotage” almost every day when I’m kickboxing.

Again, thanks a lot

I might be too late, but here’s my current work out list (I loathe techno, so none of that!)

Kanye West – Stronger
Pink - Get the Party Started
Let’s Get it Started (Spike Mix) - Black Eyed Peas
Mika – Big Girl (You Are Beautiful)
Wreckx-n-Effect – Rump Shaker
Ok Go – Here It Goes Again
Missy Elliot - Shake Your Pom Pom
Robert Randolph & the Family Band - Aint Nothing Wrong With That
Fefe Dobson - Watch Me Move
Show Me The Money - Petey Pabloe
Where Are We Running - Lenny Kravitz
TeddyBears – Cobrastyle
M.C. Luscious – Boom I Got Your Boyfriend
Lacuna Coil – Closer (has kind of a slow beginning, but gets good)
Good Charlotte – I Don’t Wanna Be in Love
Grandmaster T - Too Much Booty in the Pants
Missy Elliot - We Run This (don’t remember if this has bad words or not)
All Time Low – Dear Maria, Count Me In
Shakira – Hips Don’t Lie
Le Tiger – Deceptacon (I think this does have the F word in it)
Kiki Dee Band - I Got the Music in Me
Erick Morillo - I like to Move It
The Killers – When You Were Young
Beyonce - Get Me Bodied
Metro Station – Shake It
We the Kings – Check Yes Juliet (love this song, the lyrics actually say “lace up your shoes” and “run, baby, run”)
The Spice Girls - Spice Up Your Life
DJ Laz & Pitbull - Move Shake Drop
The Cheeky Girls – The Cheeky Song (just hilarious)
Baha Men - Move It Like This
Shakira - Wherever, Whenever
Will.i.am – I Got it From My Momma
Jennifer Lopez - Let’s Get Loud
Can’t Stop Moving - Sonny Jim
The Killers – Somebody Told Me
Paramore – Crushcrushcrush
Red Hot Chili Peppers – Higher Ground
Cake - The Distance
Fort Minor – Remember the Name (I think there is a clean version of this)

And an enthusiastic YaY! for the Beastie Boys suggestion. They are one of my all time favorites, and I listen to “Sabotage” almost every day when I’m kickboxing.

Again, thanks a lot

Most welcome; the Beasty Boyz absolutely rock and should be listened to whenever possible

Just about anything from the BeeGees. Not only does it get one moving, John Travolta comes to mind…

Yes, they’re loaded onto my iPod, why do you ask?

Maaaan, where were all these people when I posted a similar thread a few months back? You must be popular, SWB.

Spent all summer hiking up mountains, and disco was awesome for me at keeping a good quick walking pace. Fond memories of boogieing down to “Hot Stuff” in the middle of the woods with a 30 pound pack on my back. Yeah, people laughed, but I didn’t care…