here’s the grill and going by the description if ti works as good as claimed id get it if I had the funds , 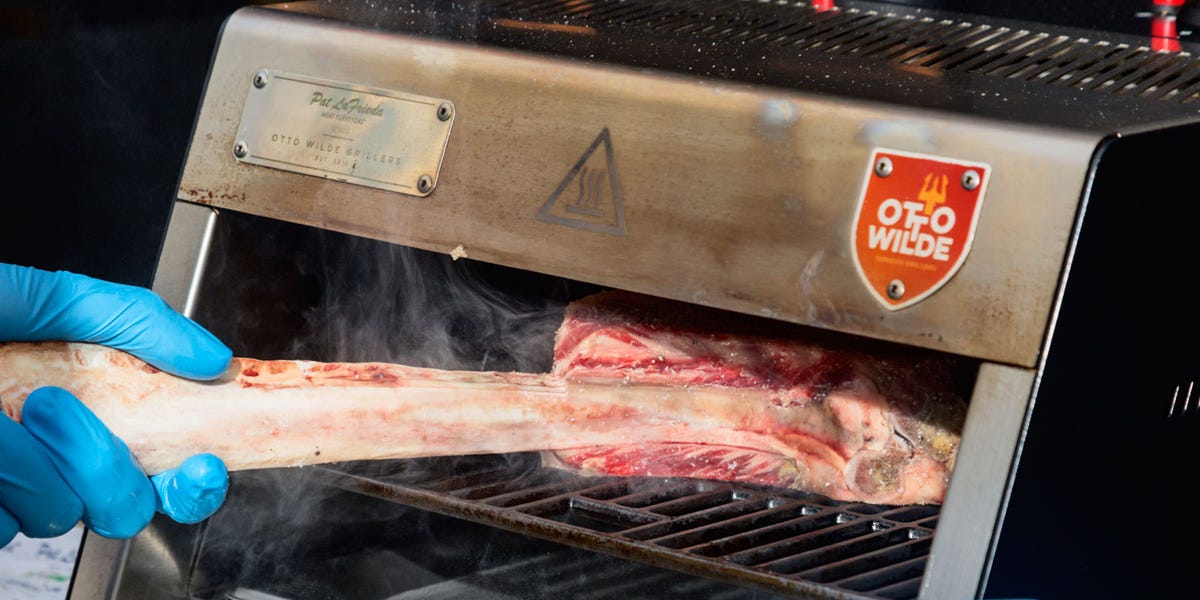 This specialty grill is super pricey but completely worth it — you'll get...

The Otto Wilde OFB grill is endorsed by Pat LaFrieda, very pricy, and completely worth it – you get restaurant-grade steak, pizza, & fish in under 10 minutes.

I mean, maybe it’s worth it to somebody…? But I can sear a steak on my old kettle grill just fine. 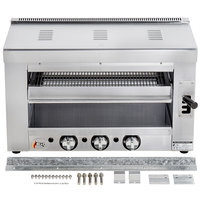 A salamander broiler allows you to brown the tops of casseroles, broil steaks, and roast foods. A powerful heating element heats food from above and creates a high temperature that's ideal for adding finishing touches to your dishes. You can use sala

Well, Sunday is Father’s Day, so perhaps get it for your dad rather than yet another tie?

I prefer the Vogner Charking Imperial. You taste the meat, not the heat.

If I was to spend that much cabbage on a new grill, it would probably be one of these:

It looks like a glorified toaster oven. I wouldn’t pay $100 for it, much less a thousand.

But seriously, if I had the scratch, I wouldn’t buy it. Colorado weather being what it is, I wouldn’t even justify the cost for the amount of outdoor cooking I want to do.

If you’re the sort to do a lot of large outdoor cooking events for family and friends, especially if they’re foodies, then sure. But the grill has a lot more to do with your specific needs (any individual poster’s ‘your’) than some arbitrary cost-to-value from an article.

This appears to be a specialty item that has restaurant applications but unless you do a huge amount of a very specific type of cooking at home, wouldn’t be justified for home use.

The people comparing it to common patio grills are confusing its application, it isn’t really used for that type of cooking. These overhead style grills are used in restaurants for mass toasting, browning, or holding items at temp. They make a lot of sense in a high-volume hotel or restaurant environment, but most home chefs just don’t need something that does this.

I can accept that “restaurant-grade” pizza is usually better than homemade, because for the best pizza, you need temperatures higher than most home ovens are capable of. But who wants to settle for “restaurant-grade” steak or fish? Maybe at the very best places, those are better than homemade, but in those cases, it’s because of the skill of the highly-trained chef, not the equipment. And even there, they’re not giving each individual serving the same individual attention that a home cook would. The best steak I ever ate was cooked in a backyard over a cheap charcoal Hibachi.

Too many home chefs have too much specialty crap they don’t need! This looks like yet another gizmo that takes up counter space.

Is this gas or electric? If it’s electric, how much will your power bill go up when you use this blast furnace?

And CLEANING it…runs away sobbing

They’re worth it, there’s no other way to get the same quality sear using any other conventional home kitchen tool. Restaurants use commercial salamanders to finish off steaks because the effect can’t be replicated any other way. That being said, there’s no reason to spend $1000 on one, you can get white label versions of similar units for $150 USD off Aliexpress and they sell in other countries for ~$250 - $350 USD although oddly the US ones all seem to be about the $800 mark.

But seriously, if I had the scratch, I wouldn’t buy it. Colorado weather being what it is, I wouldn’t even justify the cost for the amount of outdoor cooking I want to do.

I cook year-round, which in the tundra means a lot of shoveling a path to the grill. But even using it a couple times a week, any expensive grill is going to mean my burgers would average out to something like ten bucks apiece. So I’m fine with my el-cheapo grill from Home Depot. It was less than $300, and has lasted a decade (even with the few parts I’ve had to replace, it’s been worth it).

eta: I can fire that workhorse up to surface-of-the-sun temperatures and get a great sear… heck, it’ll even sear any crows flying overhead. My wife’s addicted to my seared (but still rare on the inside) salmon steaks.

They’re worth it, there’s no other way to get the same quality sear using any other conventional home kitchen tool.

My Weber Summit Platinum was over $1000, and that was back in 2004. Here we are in 2022 and it’s travelled with me to Canada, China, and back to the USA, and it’s still a freaking awesome grill. So, yeah, some things are worth their price.

Nah. I’m a charcoal guy myself.

Plus I associate grilling with relaxing and socializing while sipping on suds. Which is something I don’t want to be over and done with in under 10 minutes.

Big Green Egg is over rated in my opinion. I wanted one really badly when I lived in China and bought it for my brother in Boulder. It takes time to use because you have to heat up the thermal mass.

My brother uses his gas grill every week, and the BGE a couple times per year. I did roast the Thanksgiving goose in in once.

So it has it’s place but not a daily use item.