Yesterday was the last day you could buy a new Pontiac 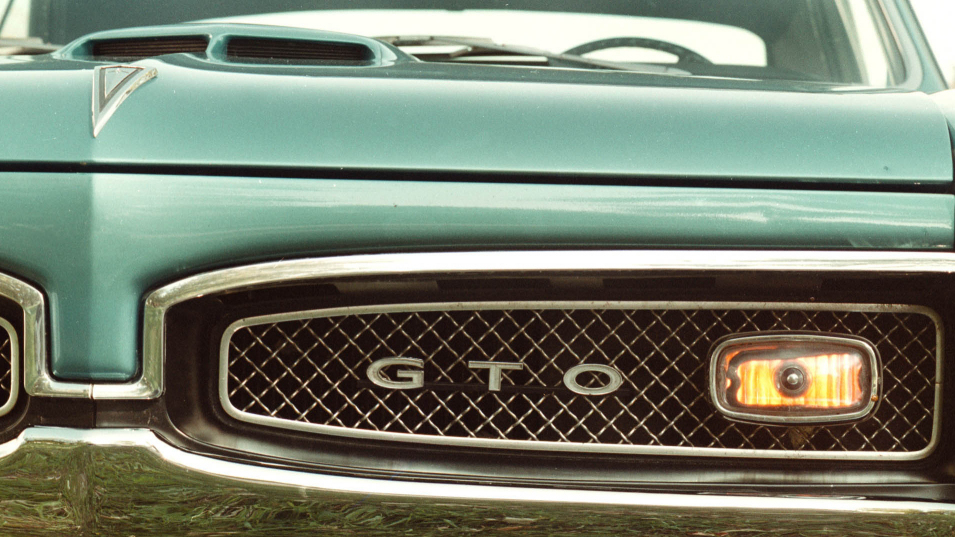 We No Longer Build Excitement. Pontiac No More.

The legendary brand of the GTO, the Firebird, and the Trans Am, is no more. After 84 years Pontiac dealers have shut their doors. The final chapter of the era of the muscle car.

Sad. I love my Grand Prix and it sucks that it took a blue book dive through no fault of its own. So now I guess I’ll be driving the wheels off it.

My Grand Am GT was a pretty fun car. Pontiac made some decent performance cars (the new G8’s were pretty sweet) but GM used the same platforms way too much.

Some enterprising soul should be stockpiling Pontiac parts.

I remember when the modified Tempest LeMans came out as the GTO in 1964. Stock with a 4-barrel carb, a Hurst shifter, and a 389, this car smoked everything on the road. God bless John DeLorean.

Awesome. We just bought an almost-new Pontiac Vibe for peanuts. Since it’s actually a Toyota Matrix under the hood, getting parts is no problem.

My first car was a used Pontiac Lamans and when I was very young I thought the Trans Am was the coolest. But I guess I don’t have too much emotion attached to the brand, so I guess I don’t mind.

Alas, I’m never in the market when these killer deals become available. I mean, really, there will be parts stocked for another decade, and it’s not like they’ve got a bad rep. Liked the Sky/Solstice, GTO, G8

Sad. They’re the only products from GM that had any appeal whatsoever to me. I kind of miss my last Bonneville. Cadillacs and Olds were still too “old people” for me at the time (and that’s even with my having a Lincoln!). Chevrolets were stripped down, basic cars. GMC was a truck-only brand. A Hummer was only ever something private. Saturns were jokes.

So, now, I guess the choice (if you want a GM car) is a Hyundai-like Chevy, or a Cadillac. I suppose I’m glad I’m not a dedicated GM-head anyway.

Edit: Oh, yeah, I see that Buick’s still in the lineup. I actually love the looks on the Lucerne.

My Grand Am GT was a pretty fun car. Pontiac made some decent performance cars (the new G8’s were pretty sweet) but GM used the same platforms way too much.

there’s nothing wrong with platform sharing per se, It makes economic sense to do so and if the “top hats” on the platform are sufficiently distinct then it’s a (god I don’t believe I’m going to say) win-win. Looking at Honda, the same basic platform underpins the Accord, Ridgeline, Odyssey, and a few Acura models. Or, Ford uses the same platform for the Taurus, Flex, and upcoming Explorer, and they’re all about as different as can be.

GM’s problem was not that they shared platforms, but that the platform mates across brands were practically identical. The G6 didn’t do anything better than the Malibu, the G5 was a half-assed rebadge of the Cobalt, and so on.

Or, Ford uses the same platform for the Taurus, Flex, and upcoming Explorer, and they’re all about as different as can be.

Just for the sake of accuracy, the Flex (and MKT) and Explorer are on the D4 platform, whereas the Taurus (and MKS) are still D3.

(I think the CD3 is little more impressive: Fusion (and MKZ), Edge (and MKX), and the Madza 6 and CX-9 [and a few more not available in the US market].)

His point, though, is perfectly sound: modern platforms are flexible, adaptable, and super expensive. Modern “platform engineering” isn’t (or rather, doesn’t have to be) like in the past, where one car gets a Chevrolet logo and the next one gets a Pontiac logo.

Good riddance. I had a 98 Pontiac Sunfire, and it sucked. It had something go wrong with the spark plugs a couple of times, which made the Check Engine light come on and made me have to take it in for service. I think I went through three or four CD player replacements before I bought an after-market one. When I traded it in in 2004, the dealer I traded it in to said the engine mounts were going.

I’ve now had my Honda Civic as long as I had the Sunfire. I’ve had to take it in for repairs zero times, other than for routine maintenance. Much better.

Yesterday was the last day you could buy a new Pontiac. Now, GM sees any cars still on lots as used.

So… does this mean that they’re selling them at used prices or are they still MSRP?

The very first family car that I remember is my mom’s old Pontiac Bonneville. It was probably a mid to early 60’s vintage. That said, I am finding it impossible to give a shit. GM would have been smart to consolidate all of those brands twenty years ago in the name of efficiency.

Good riddance to a Brand that was clever enough to conceive the Fiero, and dumb enough to make it out of Chevette parts.

The same Brand that would also be clever enough to introduce the very popular crossover form, and dumb enough to present it as the butt ugly Aztek.

Some enterprising soul should be stockpiling Pontiac parts.

There should be plenty of parts around for a while. GM typically makes enough spare parts for about 10 years down the road. Of course now that times are tough they may have made less. With ebay and other websites these days people can find parts for cars that were made in the 60s without a lot of trouble.

Yesterday was the last day you could buy a new Pontiac. Now, GM sees any cars still on lots as used.

What does this mean? I’m sure the dealers didn’t drastically drop the price today, as far as I can tell the same warranty is in effect as yesterday , and I’m certain that if I get a bank loan it will be a “new car loan” not “used” regardless of how GM sees things.

There should be plenty of parts around for a while. GM typically makes enough spare parts for about 10 years down the road. Of course now that times are tough they may have made less.

I believe federal law requires that manufacturers provide suitable replacement parts for 10 years or 12 years. Typically they won’t stockpile parts unless there’s going to be a major tooling change. Instead they’ll set up for “service parts” and build them every few months. That’s for stuff the OEM’s build themselves. Sometimes they’ll sell the tooling to a Tier 2 who’s then contracted to build on demand.