The article reads like it was written in the 1990s. America isn’t playing by those political rules anymore.

Yeah, I think that article is just whistling past the graveyard. Name recognition, the Trump blessing, and it being a mid-term is more than enough to make him competitive.

If McConnell is worried it’s not about losing the seat, it’s about winning it with a candidate that is more beholden to Trump than to him.

Elder isn’t within 20 points of Newsom – it’s only the weird rules of the California recall that split the decision between whether to recall the Governor and who should replace him that is creating the danger of Elder taking the office.

But I do agree that Cillizza’s analysis is less than insightful (as is par for the course). Nobody cares about carpetbagging – and he has more connection to Georgia than Hillary Clinton did to New York when she ran for Senate. Allegations of “troubling behavior” buried in boring legal documents won’t hurt him unless something voters can react to viscerally comes out – e.g. a photo of a bruised girlfriend, a recording of a desperate 911 call, etc.

His biggest handicap is that he’s untested as a candidate. Even Trump had run for President before. There’s a lot that a candidate has to learn about how to communicate his message and how not to fall into rhetorical traps. Just ask Christine “I’m not a witch” O’Donnell.

It is fun though watching Mitch try to figure out how he can drive in the shiv without having his fingerprints all over it.

I mean, by this author’s logic, Larry Elder shouldn’t even be within 20 percentage points of Newsom in California, and yet he’s very close.

@flurb already addressed this, but I’ll flesh it out a bit.

Elder is not within 20 points of Newsom.

On question 1 it’s about 50/50 between keep and remove. So Newsom has the support of about 50% of the voters.

On question 2 Elder is getting just under 20% support of the voters. 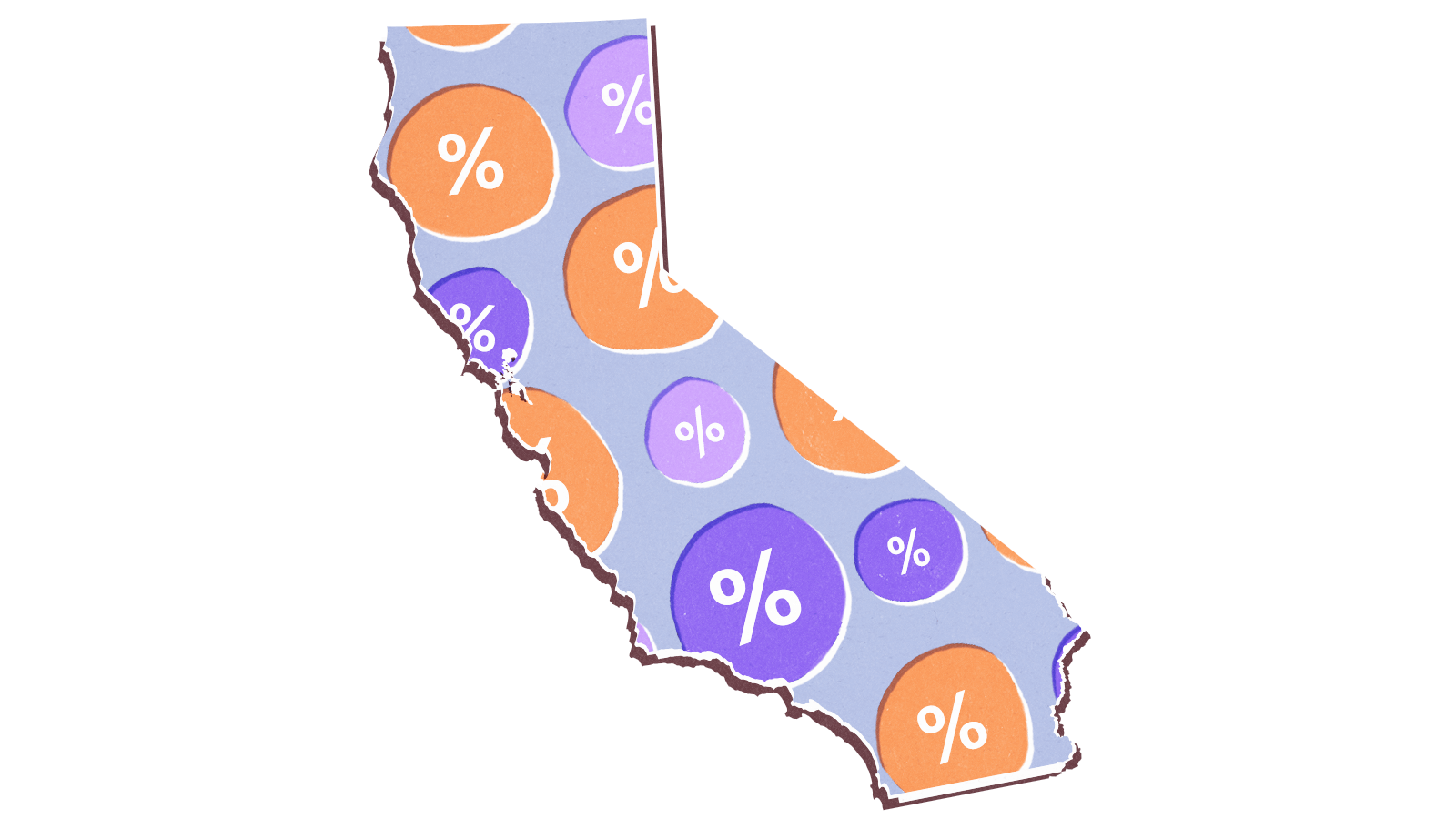 Do voters in California want to remove Gov. Gavin Newsom from office?

Here’s the thread for discussing the recall election: Recall of Gov. Gavin Newsom of California

Getting back to the Senate, I assume after Labor Day we will get a definite reelection decision from Ron Johnson. My WAG is that he doesn’t run, he’s been pretty far out there pandering to anti vaxxers and doesn’t seem to be trying to play moderate.

I wouldn’t take a “failure to moderate” as a sign that Johnson plans to retire. First because he’s Ron Freakin’ Johnson and he couldn’t moderate if he tried (and if he did, no one would believe him).

Moreover, moderating would probably hurt his reelection chances. Every early sign is that 2022 is shaping up to be the typical first midterm election for a Democratic President – i.e. Republican turnout way up, Democratic turnout down, and Independents breaking against the President’s party. He needs to keep Republicans energized, and nothing gooses the faithful right now like coronavirus conspiracy theories.

Johnson just continues to double down on the insanity. It’s Wisconsin, not Oklahoma. He barely squeaked by in 2016 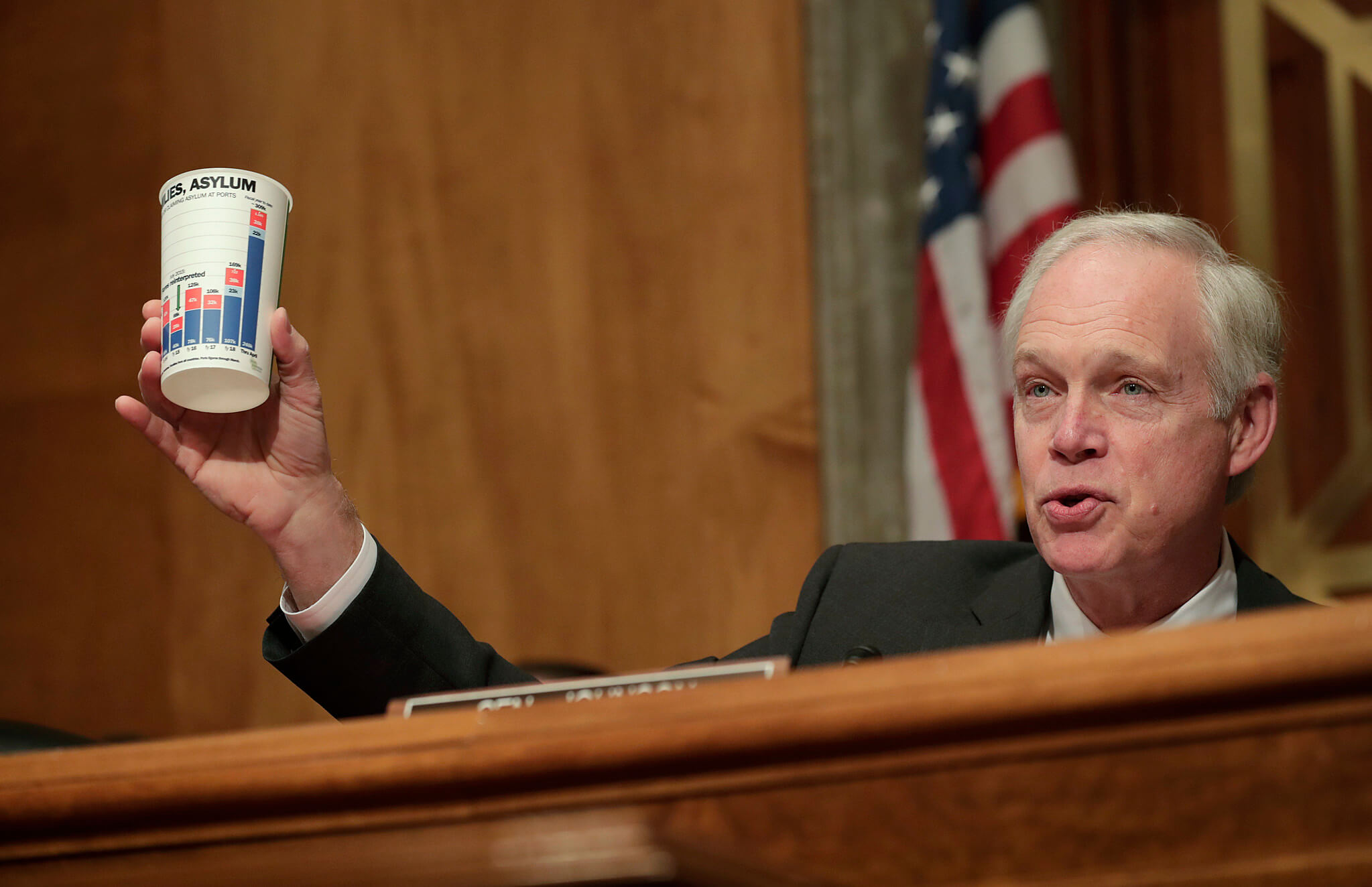 Ron Johnson appeared on multiple right wing podcasts this week to push Ivermectin as a treatment for COVID-19.

The geezers think things through for next year: 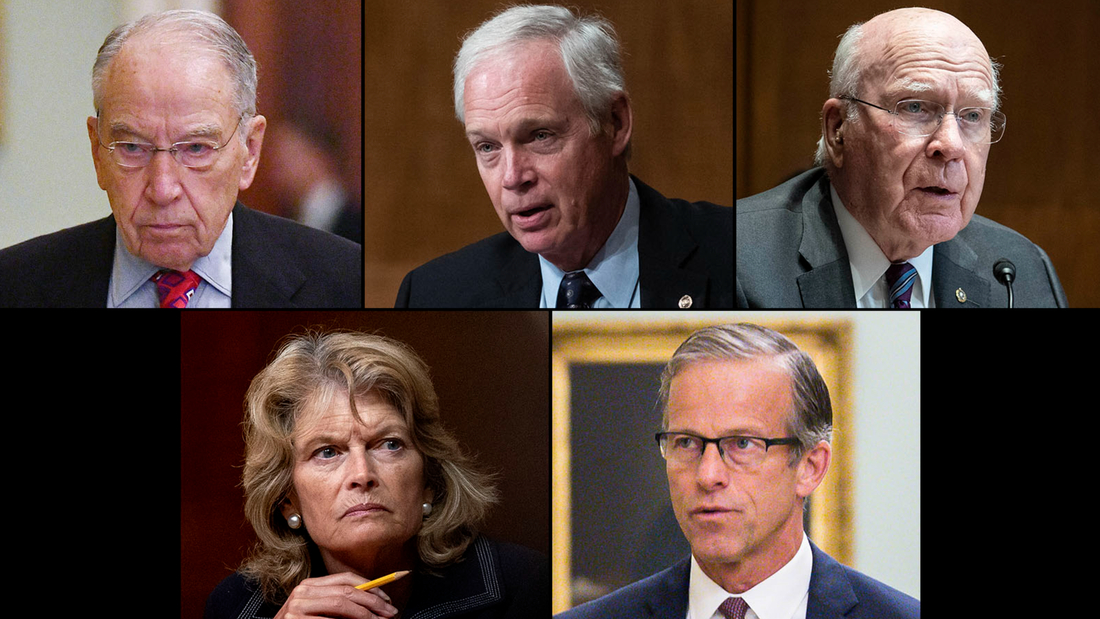 Key senators eye the exits ahead of 2022 midterms: 'It's a six-year commitment'

John Thune, the No. 2 Senate Republican, is struggling with a crucial decision: Whether to ask South Dakota voters for six more years in office. 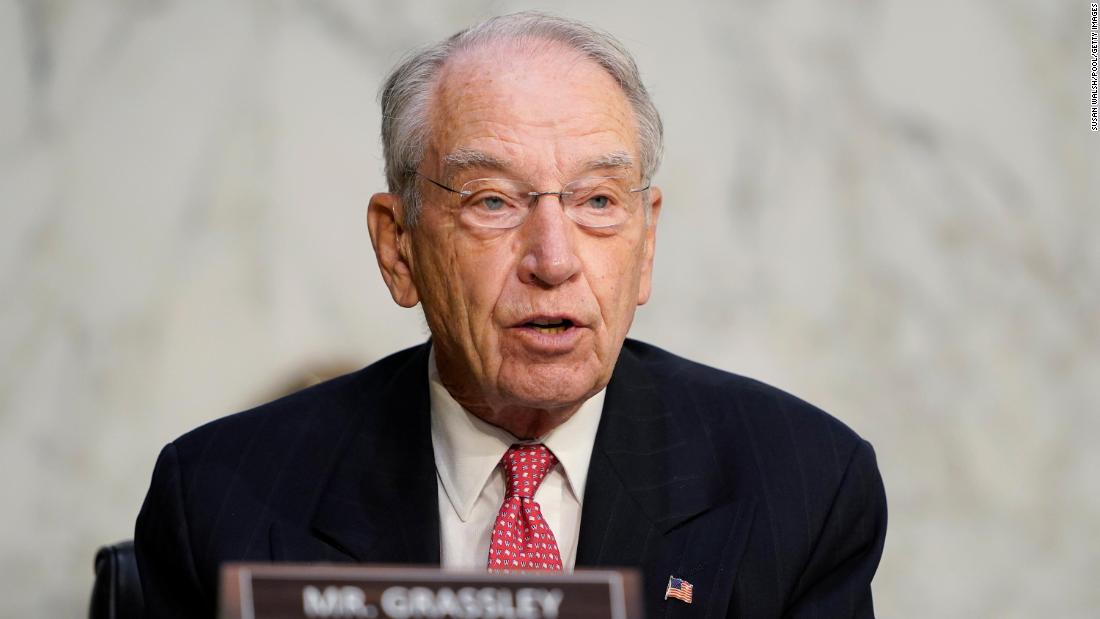 Iowa Republican Sen. Chuck Grassley announced on Friday that he will run for reelection, further solidifying Republican chances of holding the seat in 2022.

Should they run, Nancy Pelosi & Joe Biden will each be 82 at the time of their campaigns.

That’s not much of a gotcha. Progressives have been clamoring for her and Pelosi to retire for years now. And even moderates were slightly sweating Newsom’s recent recall election in fear of an apocalyptic scenario where he lost and Feinstein then promptly croaked in office and was replaced by a short-term Republican governor.

It’s his life, but I’m not terribly keen on Biden running at 82 myself. He can do what he wants of course and if he’s the best of bad options in 2024…well…fine, I guess. But all things being equal I’d rather he just retire and let someone else take the reins.

It’s telling, though, that the poster(s) in this thread only brought up Grassley (R), and not the (D)s.

Grassley’s announcement is a current news story. DiFi is not due up until 2024.

Grassley shouldn’t run again because he sucks. Ditto Feinstein. Pelosi should keep running because she doesn’t suck. Too soon to tell for Biden (though I’m optimistic so far).

Age is much less important than suckitude.

It’s telling, though, that the poster(s) in this thread only brought up Grassley (R), and not the (D)s. Par for the course around here. 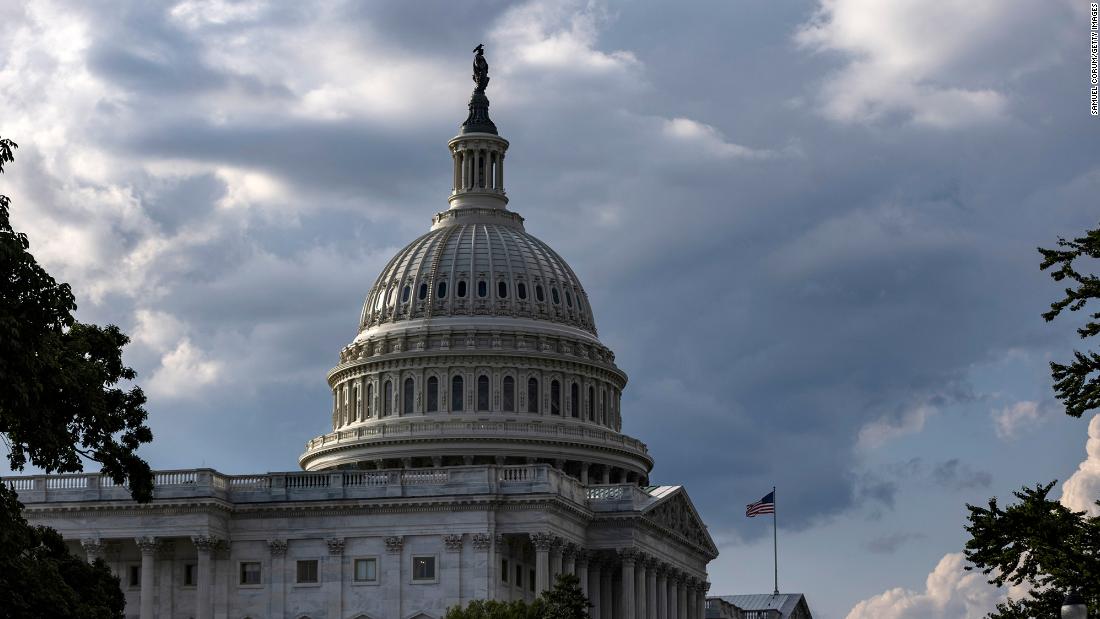 After a rough month for President Joe Biden, Republicans think they have more than historical precedent on their side to retake the Senate in 2022.

Mitch McConnel is “warming” to Herschel Walker’s Senate bid in Georgia – i.e. he realizes he doesn’t have the juice to stop it, so he’s making the best of the situation. Give Mitch this much credit, he is as ruthlessly realistic and pragmatic a politician as they come. 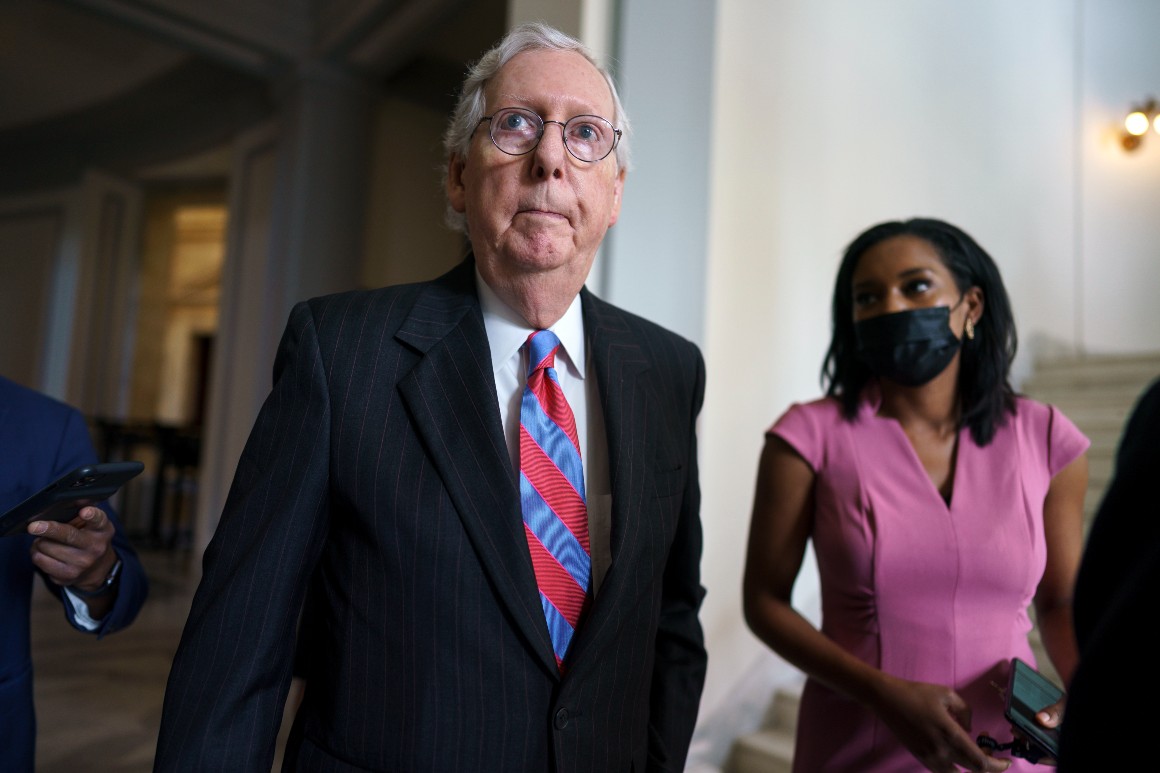 After vowing to tangle with the former president if necessary to nominate electable GOP candidates, the Senate minority leader is tacitly blessing many Trump endorsements.

Sure looks like it was meant to be a gotcha.