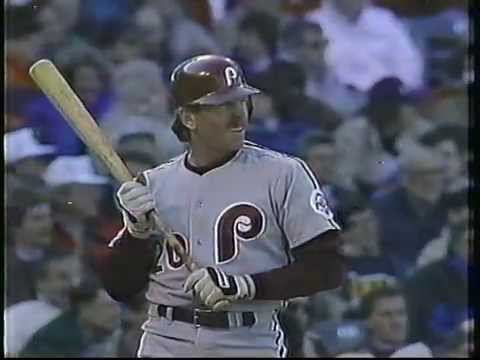 The clip was from Opening Day in 1989. It’s pretty difficult to hear the song over Harry Caray’s voice, but it plays for a few seconds. The song has somewhat of a Latin beat to it.