Apparently there's one thing that can change some anti-vaxxers' minds

This is an interesting story. I would be interested in knowing whether anybody on this board has any success using this video. 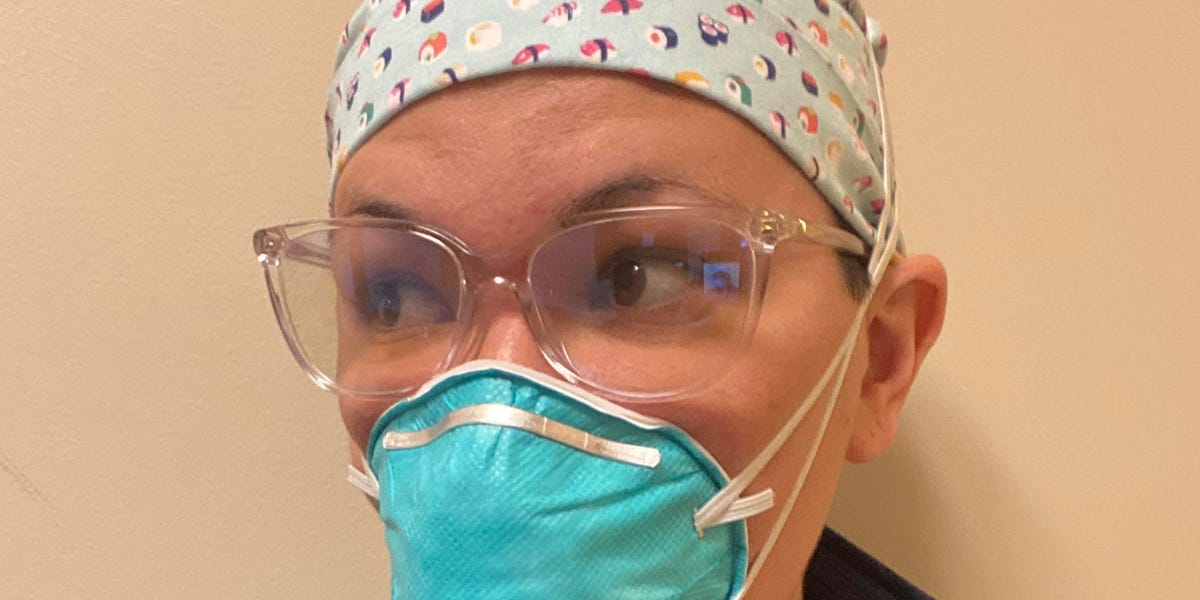 Mae Rice's video went viral. In the comments, dozens of people said they got vaccinated thanks to her.

People do often need to see to believe. I’m now reading Facing the Mountain: A True Story of Japanese American Heroes in World War II. It relates how in, in training, Japanese-Americans from Hawaii berated, and even beat up, Japanese-Americans from the U.S. west coast for their gloomy attitude. Hawaiian soldiers thought that the relocation camps (from which Hawaiian families were exempt) couldn’t really be that bad, and maybe were mythical. After punishing guys for fighting failed to end the rivalry, the officers and chaplains decided to put Hawaiian guys on buses so they could go visit an actual camp. The encounter with a terrible reality worked to bring the unit together.

My only question is whether a video ICU tour can do what an in-person visit, were it possible, would do. It looks like, sometimes, yes.

I showed this video to a friend who, up until a few months ago, was working as a respiratory therapist in a local hospital system and he confirms that yup, it’s just like that. He quit his job after just getting sick and tired of stupid anti vaxxers and COVID deniers behaving the way they do, up to and including trying to rush the ER doors in big unmasked groups trying to prove something. He says he gets calls and messages on a weekly basis from other RTs looking to change jobs, trying to find out if there’s anyplace that sucks less than where they are. There’s a fierce reckoning coming when the existing health care professionals walk out en masse from burnout. Sure hope the National Guard has enough medics to staff all the hospitals.

To be persuasive, you gotta connect on a visceral/lizard-brain level. This video does it in a way no amount of pie charts or percentage figures could.

Does anyone have a link to the video? My google-fu is weak this morning.

But why did this one work, as opposed to video after video from dying right wing anti-mask/anti-vaxxers saying “Uh, actually, I was wrong - get the vaccine because I can’t fucking breathe now”? It’s a nice story but it seems click-baity non-story to me. I suspect that there are a growing number of people who are finally coming to the realization that maybe vaccination is a good idea after all, but it’s too late. The damage is pretty much done.

I need the link too. I cannot get past the paywall/adwall.

The link is in the story:

Not a great video, IMO, but I’m also not the target audience.

Showed the video to my wife. She thought it would make a great PSA for TV stations. Sent the link to the 4 local network stations to see if they think so.

The reminds me of some of the “stop smoking” ads I saw years ago, where people with lung or throat cancer from smoking are talking about things like adjusting to living after a laryngectomy.

I had just over 300 patients who refused repeatedly to be vaccinated over the last 6+ months, after multiple sessions of education by nurses and sometimes by me, and also by peers and other interventional/instructional programs on the topic.

Late last month, they were offered $100 each if they’d get vaccinated (so was every other unvaccinated adult in my state). Approximately 100 of them agreed to, and got the vaccination.

My school district has offered a $500 incentive to get vaccinated. I would love to know 1) how many of us are vaccinated and 2) how many scheduled a shot after the incentive was announced. There are 22k employees, so a good sample size.

“I have my principles!”

(offer of $200 to shred your principles)

Let me just say, after some of the crap Wisconsin politicians have pulled, I am pleasantly surprised that the $100 offer truly applied to everyone, including convicts.

I’m assuming some of them used the new funds for purchases from the prison commissary - wonder if any particular item was so in demand it ran out?

I’m assuming some of them used the new funds for purchases from the prison commissary - wonder if any particular item was so in demand it ran out?

Probably Honey Buns or other Little Debbie product. The food items are most popular on canteen, and most inmates will forego buying hygiene products (we do supply basic soap and toothpaste) in order to get their favorite snack.

most inmates will forego buying hygiene products (we do supply basic soap and toothpaste) in order to get their favorite snack.

To be fair, I do this, and I’m not even incarcerated.

I want to buy Little Debbies, but I don’t.

It was a new low point in my aging process when I realized Little Debbie oatmeal creme pies have now become just a little too cloyingly sweet for me to tolerate. I used to love that nutritionless garbage

. What happened to those glorious time around age 12 when I could eat a couple of pounds of sugar and then turn around for more? Sad days, sad days…