as much of a reprehensible liar as she is, I still find Kellyanne Conway physically attractive

I’d like to think I align with the political beliefs of the majority of the forum in thinking that Trump is a worthless narcissistic scumbag, and that if he and Sean Hannity disappeared to a desert island somewhere, it would cure 90% of the hate and division that has infested this country over the last two years. (I’m gonna ignore the percent of the population that still clings to the idea that President Obama wasn’t good for this country, only because they hate the pigment of his skin).

But as a straight 40-somethin’ guy who has seen Kellyanne’s goofy amateur attempt at stand-up comedy and has caught most of her awkward interviews where either Jake Tapper or Chris Cuomo mop the floor with her, I still find this gal considerably attractive.

I was always a Jon Stewart guy, and I had hopes that Trevor Noah would be able to carry that torch, but in my opinion it hasn’t happened. Instead I’ve drifted towards Seth Meyers’ “and now it’s time for a Closer Look”.

For the most part, I think Meyers nails it, at least in the same area code that Jon Stewart always did. But I hate it when he attacks people (even a Rudy Giuliani) on nothing more than the basis of their physical appearance. Every time Meyers starts in with "he looks like a guy/girl that would… " I start to cringe.

I see comments on social media about “Crypt Keeper Barbie”, blah blah blah, and I shrug my shoulders. Has it been that long since I got laid, or is it okay to find her moderately attractive with the cliche’ chauvinistic term of “I wouldn’t kick her out of bed”?

Maybe I’m just a sucker for blondes, and yes maybe she and I are both “past our primes”, but not to white-knight this gal too much, I just don’t see all the “hate” thrown at her on looks alone. “Alternative Facts”? sure, knock yourself out, she’s a bald-faced liar. The rest of it I just don’t get.

{okay yeah, I’d say that was all pretty mundane and pointless}

Go for it pal. I once had a thing for Larry Storch as Corporal Agarn.

The “bald faced liar is quite enough”.

She’s okay, in a screaming skull sort of way. Kinda like Schwartzenegger in that regard.

From the day of your creation
you were sheer perfection . . .
and then imperfection—evil!—was detected in you.
In much buying and selling
you turned violent, you sinned!
I threw you, disgraced, off the mountain of God.
I threw you out—you, the anointed angel-cherub.
No more strolling among the gems of fire for you!
Your beauty went to your head.
You corrupted wisdom
by using it to get worldly fame.
I threw you to the ground,
sent you sprawling before an audience of kings
and let them gloat over your demise.
By sin after sin after sin,
by your corrupt ways of doing business,
you defiled your holy places of worship.
So I set a fire around and within you.
It burned you up. I reduced you to ashes.
All anyone sees now
when they look for you is ashes,
a pitiful mound of ashes.

For those who aren’t Jewish or Christian, it’s from Ezekiel. Ostensibly written for the King of Tyre, but widely believed to be a passage regarding Satan. Satan always comes in a beautiful package.

Eh, well, my personal object of guilty Republican desire is Nicolle Wallace, but to each his own.

I am drawn to Republican women like a moth to a bug zapper and explain how I became a TeenAge Republican with a sheepish, “Well, there was a girl,” so I can find no fault in the OP. However, I will up the ante with Linda Carter and Heather Locklear.

Clarification requested: Am I misogynistic in admitting my attraction to women with whom I would avoid discussing most deep topics?

Eh, even when she was young she wasn’t really a looker. 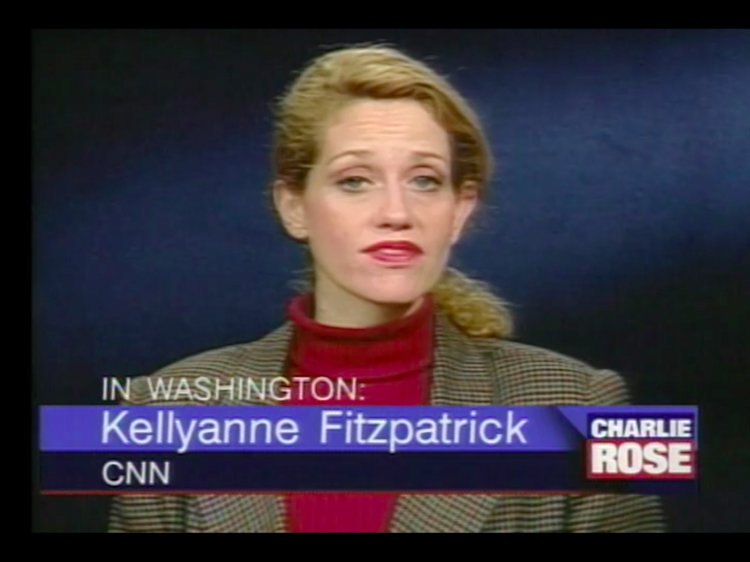 There are attractive conservative women (Michelle Malkin, megyn kelly) but their personalities aren’t good. Also Conway’s willingness to abandon all her principles in exchange for money is very unattractive.

She reminds me of a used to be cheerleader. I don’t think she’s disgusting. Her blond looks come from a bottle, guys.

Her blond looks come from a bottle, guys.

All women’s looks come from a bottle, at least in my world. But I mostly buy cans. Recycling, and all…

Bottle blonde? Well, duh. Same as every girl in my junior high.

I keep tryin’ to get worse, but I pass out a’fore it takes!

Older thread on this topic:
https://boards.straightdope.com/sdmb/showthread.php?t=814459

Kellyanne Conway? That’s nothing. I have to deal with my own country’s Minister of Justice, Ayelet Shaked, most of whose far-right beliefs I find reprehensible, but who is, unfortunately, utterly gorgeous.

OP: When did you last have a vision test? Is it possible that you’re legally blind?

Admittedly, it’s sometimes hard to disentangle looks from character, but one sight of that woman is nearly enough to make me puke.

Sorry OP, not seeing it. At all. My personal Republican crush confession, back about a decade ago when Palin was starting to happen and was acclaimed for her looks I didn’t see that either but for some reason I found Michelle Bachman really attractive. As she was then, not so much now.

You are George Conway and I claim my five pounds.

Sorry Op, you must have permanent beer goggles. Kellyanne is not attractive. She really isn’t. Not one picture. None of this reflecting of who she works for, she is not pleasant looking. She is not pretty, she is not cute, she is not sexy. The closest she comes to attractive is she appears to be within a healthy weight range. You have odd tastes.

Kellyanne Conway? That’s nothing. I have to deal with my own country’s Minister of Justice, Ayelet Shaked, most of whose far-right beliefs I find reprehensible, but who is, unfortunately, utterly gorgeous.

Don’t know who she is, but she appears to be absolutely gorgeous.

Wow, you’re not alone. I find her oddly sexy as well. Her husband George better shut his trap because he isn’t going to do better.