Atlanta Dopers! Help Me Out, Please!

I’ve finally come to the realization that this area (central Pennsylvania) is so economically depressed right now that the only jobs available are for truck drivers and nurses. Considering that I’m neither, I think it’s time to look elsewhere for a job.

I’ve been thinking about Atlanta after talking to a friend who lived there for several years. To my understanding, Atlanta is a great city, friendly, warm, relatively inexpensive, and not too terribly far away from my family up here.

So, I’d like to ask for a little information from people that live there. How is the job outlook? Rental market? What’s the average rent for a one-bedroom apartment? How’s the actual cost of living?

What I’d really love is if someone could do me the favor of sending me the classifieds out of the Atlanta paper(s) so I can check out the apartment rentals and job listings myself. If anyone’s willing to help me out with this, email me and I’ll send you my address.

Also, for any gay Atlanta Dopers, what’s life like? I’m led to understand that Atlanta is very “new South”, but I’d like to hear from people that are in the middle of things on this one.

Thanks in advance to everyone who replies.

Haven’t lived there in 12 years, so I can’t help on the other stuff.

The job market has tanked big time. Georgia is expected to recover slower than most other regions due to years of overbuilding etc. There’s a lot of slack to fill.

The city of Atlanta if very gay friendly. Just be careful about areas 40+ miles outside of town.

I’m not gay, so I don’t know how much water my opinion holds. However, from my experiences, Atlanta is a very gay friendly city.

The tech job market is in the shitter right now, but I don’t know if it is good shape anywhere right now. What kind of work are you looking for?
From friends I know with apartements, be ready to spend between $700 and $1000 / month for a decent one bedroom in town, more for something nice. Keep in mind that you can buy a house in the suburbs (~15 miles outside of town) and have you monthly payments be only a little higher than that. The cost of living is going to be more than you are used to in Central PA, but it’s nothing crazy like NY/Boston/SanFran.

I moved down here from western PA 7 years ago – I have no regrets.

Take a look at http://www.accessatlanta.com/. You can also get to the Atlanta Journal Constitution (the local paper) and its classified ads from this site.

I’m a computer programmer with 15 years of experience, and I’ve been laid off for 8 months now.

It’s getting to be time to take anything that comes along.

Generally, your prospects will be just about as good as anywhere’s right now and better than most. It is a great town.

Here’s a link to the local rag. 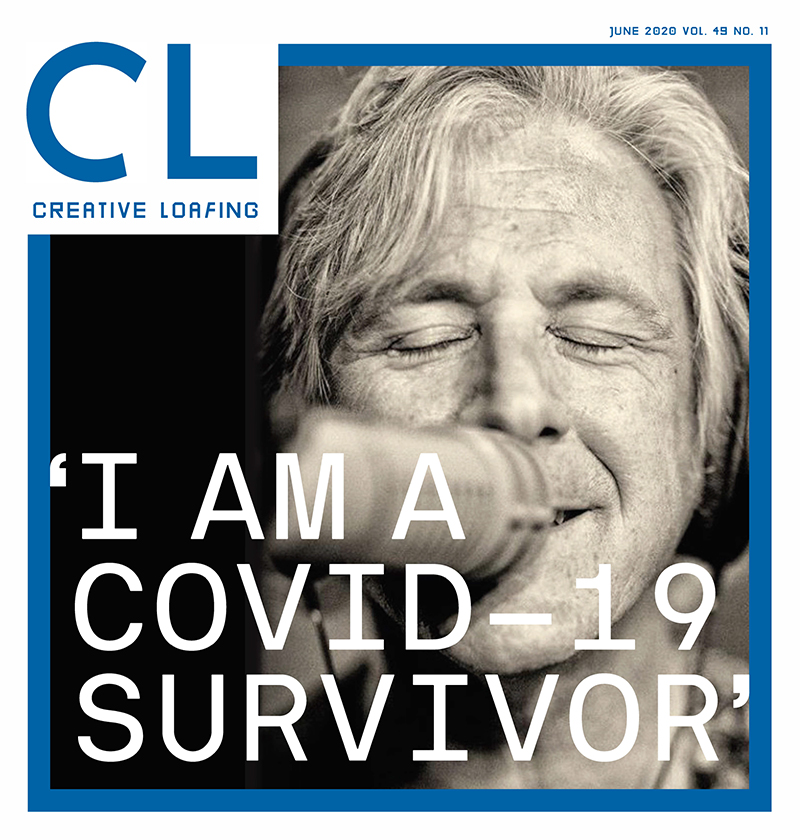 Grew up in Atlanta and moved away four years ago. I love the city. Very different than Newark, NJ, lemme tell you.

Intown Atlanta is gay friendly. Just about anywhere on the eastside of the city (north or south) will put you in neighborhoods that are hip for the rainbow crowd. However, these places are also associated with gentrification and $$$. All the places that used to be sorta run down or slummy when I was growing up are now expensive places to live. If you’re broke, forget about most of northwest Atlanta. I grew up in southwest Atlanta (gotta give a shout-out) and though the area has a reputation for being “bad”, there are some good, safe neighborhoods there too.

Or, you can do what most people “from Atlanta” do: live in a suburb outside of town and complain about rush hour traffic.

There’s a lot of growth in the metropolitian Atlanta area. It’s changed considerably since I left. But what this means for the job market, I don’t know.

(Stay away from the Varsity. That is, unless you’re really constipated and you need fast-acting relief.)

Jayjay, Atlanta seems pricey, and the few times I’ve been through there, the traffic seemed to be something of a bitch. But it’s a nice city in many respects. Politics are, as they are throughout the South, rather a hot issue, but IMHO the general atmosphere is extremely cosmopolitan and pleasant rather than the small-town bitchiness you may be familiar with.

You may be interested in Southern Voice, the gay weekly headquartered there, and IMHO one of the finest examples of gay journalism. It’s distributed at a couple of spots here in Raleigh, and I’d venture to say that about 95% of what I know about gay sensibilities and issues comes either from that paper or from discussions on this board. It also seems to have a good run of classifieds and background on “normal” (as opposed to gay-specific) leisure activities. I’ve seen a couple of issues of Creative Loafing, the alternative weekly mentioned above, and until recently it had a sister paper here in the Triangle.

Well, I can’t help you out on the gay scene thing, or the housing… but Mr. Armadillo goes to school at Georgia Tech, and I must offer an opinion on two things.

*Originally posted by monstro *
(Stay away from the Varsity. That is, unless you’re really constipated and you need fast-acting relief.) **

I beg your pardon. I’m at GaTech and I love the Varisty food… granted I eat the dorm food other times so I may be biased.

In any case, I can’t really add too much because of my short experience of truly living in Atlanta but I’ll just smile and nod and agree with everyone else here.

Since I am not sure what type of work you are looking for, I can’t get too specific, but…

If you look up the corridors of roads to the north, there are plenty of businesses/companies located there. Focus on the 75, 85, or 400 highways.

I live in Gwinnett County (to the northeast of Atlanta). Darn good schools, good cost of living. The traffic is only vaguely crummy, but then I carpool and work from 7-4 so I miss most of the idiocy.

In terms of activity, it is a good town to live in and around. I am big on sports/outdoor activities and this town has those in spades. It’s nice to live close to a very busy downtown area in one direction but have unpopulated mountains one hour in the other direction.

jayjay, you don’t say what line of work you’re in, but you might want to take a look at Athens. It’s about 60 miles east of Atlanta, and it’s a lot less expensive. Unfortunately, the biggest employer here, the Universtiy of Georgia, is making noises about a hiring freeze, but they do that from time to time. I lived in Atlanta for 3 years while I was in school, and I promptly moved to Athens. No traffic headaches, it’s cheaper, lots of stuff to do, and Atlanta is a short drive away when I want to go. Look at www.onlineathens.com and see if anythign interests you.

I’ve been in Atlanta for the last 13 years and posted not too long ago asking advice of the best places to move to. I’ve been unemployed for the past 9 months and am currently also making a career change. There is a “good 'ol boy” network here that I can’t even explain.

All I can say is please think twice (or more if you need to) I’ve being trying to escape Atlanta, but I remain stuck. If you can’t find what you’re looking for at ajcjobs.com go look on the monster board. Georgia is still listed as 32nd on the unemployment list (first being the worst) and recovery is a long way off. So many GA companies are no longer. The jobs leave, but the people don’t! The people used to making $60,000 a year are now taking the jobs at $40,000 and it just keeps dropping from there, till if you’re a single income household you can’t survive here. It’s just too expensive.

Suggesting that traffic here sucks is such an understatement. It is impossible and your entire day is planned around morning, noon and afternoon rush hours. The average ONE WAY commute is 45 minutes. You have to remember that finding a job here is bad enough, but chances of you wanting to live anywhere near your job is slim…Could happen, but slim!

I want to go to Vero Beach, FL. Can anyone hook me up with classifieds from there?

Midtown is the “gay” part of town if you want to live in town. The farther outside the perimeter you go, the less gay-friendly it becomes.

The job market sucks; I have a friend who moved here 8 months ago and is still looking for a “real” job in his field (engineering/drafting).

Generally, houses farther out cost about as much as a one bedroom apartment, oddly enough. My house payment is the same as for a nice apartment, and I’m just 30 minutes from downtown Atlanta.

I’m from Atlanta, but go to school in SoCal, because I really dislike the south. When I tell people where I’m from, they automatically ask me why I don’t have a southern accent and if I sleep with my relatives. And the scary part is, you only need drive about 10 miles out of the city before the people start speaking with heavy accents and sleep with their relatives. It’s scary.

Atlanta is BORING. Unless youre into the whole dating/clubbing/yuppie scene. Then Buckhead is the place for you. But downtown Atlanta is not a good walking city. Everything is so spread out that you have to have a car, and yes, the traffic sucks. I guess when compared with central PA, though, it’s probably pretty exciting.

I beg your pardon. I’m at GaTech and I love the Varisty food… granted I eat the dorm food other times so I may be biased.

I’m a Wrambling Wreck too! And all the time I lived on campus, I refused to let one lard-laden french fry from the Varsity touch my lips. Whenever I saw schoolmates trekking up North Ave for a Varsity fix, I’d shake my head at them. For greasy food, the Zestos on Monroe and Ponce is the only way to go. Mmmmm…nana-nilla.

(I’ve repressed many memories from Georgia Tech, but I do recall that the food from Woodruff Hall was gag-o-rific and had the opposite effect of Varsity’s food.)

Well…I left Atlanta in August, and I’m happier where I am now (ok, so it’s Knoxville. I’ll only be here for another year or 15 months anyway…I still like it better).
Anyway, as so many others have said, cost of housing is very dependent on where you live - you’ll be cheapest in the Southern or Eastern suburbs, decent in Cobb and Gwinnett counties and most expensive in town. Stay away from Post Apartment complexes. They’re overpriced, I promise.

Job market? My impression when I left was that it was not at all good.

Biggest potential problem, at least from my POV? Traffic…just getting around the city. If you’re determined to survive without a car, you have to plan how to get around on the buses/trains and their limited service - it’s really not an extensive enough system for a city the size of Atlanta.

Cost of living is fairly high compared to other cities in the South. Personally, I’d look elsewhere, but I also have friends who love being in Atlanta and can’t imagine living anyplace else.

Thanks, everyone! I appreciate your time and comments. Now I’m having second thoughts about Atlanta, which may be a good thing. I am, however, going to feel silly burdening the hamsters with a succession of posts titled “Savannah Dopers!..”, “Raleigh Dopers!..”, “New Orleans Dopers!..”

Well, it’s not all bad… there is the Thai food