I will not be watching this until the half season is over, as I prefer the bingewatching model, but I figure that some people may, so I’ve started a thread to
i)head off any attempt to bump a mega thread from a previous season
ii) make a request for discusssion

PLEASE DO NOT START DISCUSSING ANY EPISODE UNTIL IT HAS BEEN INDICATED THAT THIS IS WHERE DISCUSSION OF THE NEW EPISODE STARTS so that those of us who view it later can follow the speed of the thread.

Episodes 1 and 2 “Wine and Roses” and "Carrot and Stick"

I will have to watch them again to pick up details but I enjoyed its return. Maybe it’s just me, but I thought some characters, especially two of them, looked noticeably older than they will in the future. This is clearly a turn towards the finale for this portion of Saul’s life. It’s got a nice beat and you can dance to it. On a scale of 35 to 98 I’d give it an 84.

I thought it was a great return. Lalo certainly plans ahead for contingencies, doesn’t he? Kim is turning pretty dark. At first I missed seeing Gene in the open, but the look through Saul’s abandoned home was fascinating. I didn’t see anything that made me think Kim lived there during the BB years, but maybe more viewings will reveal clues about her fate.

I thought it was already out. When I checked, they started running an ep from S5. Took my wife and me a good 10 minutes before we agreed that we had seen it - however long ago.

Gaps this long really take me out of a series. There was a time that BCS was one of my favorite shows. Now, I really don’t care.

Interesting how binging changes your expectations. We recently started watching Slow Horses. When we realized - after watching the first 2 - that we would have to wait a week to see the next ep, we were quite disappointed. Even tho that had been the standard for our first several decades of TV watching…

The Mrs. and I were immediately drawn back into the intensity of the last seasons, within minutes of the premiere. And had a delightful time dissecting everything afterwards, to figure out the twists and turns. We love it!

Thanks for the reminder - hopefully my DVR is smarter than me and remembered to record it.

Gaps this long really take me out of a series. There was a time that BCS was one of my favorite shows. Now, I really don’t care.

I saw part of it, and have no idea what’s going on. Fortunately, that’s not always necessary…I’m perfectly happy just looking at Odenkirk. We recorded it and will watch the whole thing later.

I thought the first two episodes were great, as usual. The long break does take me out of the series a bit, and made me forget some of the details, so I watched the S5 recap video prior to these new episodes. It really helped a lot with getting me back up to speed. 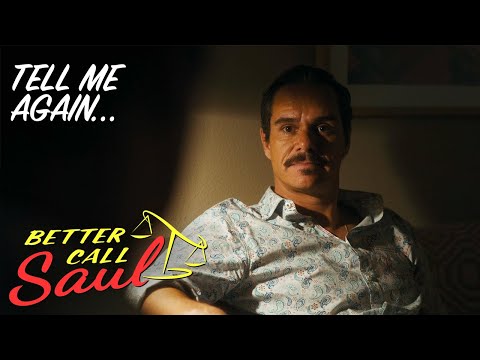 Also the American Greed video on Saul is great, in case anyone hasn’t seen it. 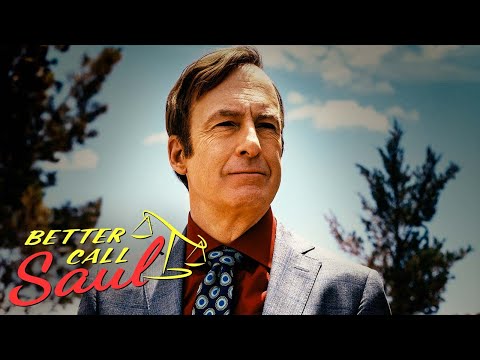 Disappointing, all in all. It was a little too mysterioso and a bit too slow for my tastes. I’d rather know more about what Kim and Jimmy are intending to do to Howard (and I don’t get exactly their motivation–sure they’re pissed at him, but anyone this side of a psychopath would just let it go, or at least do something to him that takes up less than their complete commitment for months on end) and I’d like to understand Nacho’s situation in the motel a little better. One specific is I didn’t recognize the voice of the person he’s sporadically in touch with via cell phone, but in any event I’m confused by who’s behind stashing him in the motel, why they would need days to get him out, who’s double-crossing whom–that entire part of the story is too murky for my tastes, and I can’t follow a storyline with so many subplots left hanging in the air. In short, I think they’ve overdone the whole BCS thing, and left me wondering what the hell is going on.

Disappointing, all in all. It was a little too mysterioso and a bit too slow for my tastes.

I think all the seasons for BB and BCS have started slowly. I do wish they’d push the plot a little faster initially. I might be more critical of this season’s start if not for the dearth of good TV shows and movies. I expect some twists and turns in the plot along the way, and some things will get explained thoroughly too. If not then maybe it will be disappointing in the end.

The Mrs. and I agree that we both love the deliberate pace. To each their own.

One plot hole I’ve sensed for a while is: what was Nacho thinking when he agreed to let the assassins in Lalo’s hacienda? I mean, he knew he’d have to get out of there, but he doesn’t ask for–or demand, really–that Gus have a car stashed for him, or better yet a car and driver taking him directly to an escape plane. His plan was to run like a lunatic hundreds of miles north to the border? I’d think that if I got such orders, with no accommodation for exfiltrating me out, I would have betrayed Fring in a second and joined Team Lalo. Fring’s plan looks like nothing more than “Oh, yeah, you’re going to be a fugitive with Lalo’s people hunting you down like a wounded animal. You okay with that?”

Fring’s plan looks like nothing more than “Oh, yeah, you’re going to be a fugitive with Lalo’s people hunting you down like a wounded animal. You okay with that?”

ISTR that the plan was for him to be extracted with the team of assassins except they all ended up dead. Not sure how accurate that memory is, though.

It the S5 finale, Mike is trying to convince Gus to provide some help to Nacho, but Gus is afraid it will tip their hand. Then Gus has the idea to use Nacho as an inside man to let his assassins into the compound. There’s never any explicit talk of the plan for after the attack, either between Mike and Gus, or on the call that Nacho receives.

I don’t think Nacho’s planning for himself went much past “do what I’m told or they’ll kill my dad.”

IIRC Season 5 ended just as the lockdown started.
First two episodes were pretty ok. But for the first time the show has begun to seem almost dated. The style and storyelling screams 2010’s, which seems out of place in a post pandemic world.

I will not be watching this until the half season is over, as I prefer the bingewatching model…

FYI: I read somewhere that they will do a half season, take a break for a couple months, and then do the second half (starting in July).

One thing I was confused about: Mike was replacing the contents of the safe with doctored info to protect Nacho and his father, right? So why did he leave info telling the bad guys which hotel Nacho was hiding out in?

Or did I miss something?

ISTR that the plan was for him to be extracted with the team of assassins except they all ended up dead. Not sure how accurate that memory is, though.

All but one, who Lalo allowed to live, with the understanding that he’d report back that he’d succeeded in killing Lalo.

One thing I was confused about: Mike was replacing the contents of the safe with doctored info to protect Nacho and his father, right? So why did he leave info telling the bad guys which hotel Nacho was hiding out in?

My take is that he was doing it at Gus’ direction, to shift suspicion away from Gus as having masterminded it, and make it look like Nacho set up the motel refuge himself. I’m told the paper documents that got placed also implicated some Peruvian wire transfers, to also shift suspicion. I guess Mike just had to hope that Nacho could get out of there on his own, or that Gus would relent and let Mike help him.