Except he has to lay low and pretend to be dead, so if he makes contact with his allies his operation there’s a good chance that’s going to get the word around that he’s alive. He doesn’t know that Gus figured out that he’s still alive, he’s operating under the presumption that everyone thinks he’s dead. This is a very good reason not to contact anyone and do everything himself.

So he flies to Istanbul using a passport he knows won’t be checked. Bribes a people smuggler to get him into Europe, does his business, exits, flies back.

By the way, was anyone else thinking uneasily about Odenkirk’s on-set heart attack while watching the boxing scene? Rarely do we ever see Saul get so physical!

Yes and it may well have been a double and stand in.

Go to Mexico city. Catch a flight to Singapore or Dubai or one of the other hubs. Take a flight to Istanbul from there. Get a people smuggler to get you into Greece. Voila. No risk.

It’s very obviously not “no risk”.

I don’t understand why you’re trying so hard to fight me on this, even to the extent now of making bonkers assertions. My humble opinion was simply that it was implausible that he would take this unnecessary risk, and I already said that if other people found this plausible then YMMV and that “It’s pretty arbitrary the things that take people out of suspended disbelief”

It’s very obviously not “no risk”.

How? People smuggler will turn him in?

how long did it take him to track down Frau Ziegler, and learn of her regular bar?

Yeah, in a little German bar where everybody knows your name and the tables are almost hereditary. A suave Mexican national slides in and casually chats up a local widow. C’mon man!

Don Hector, I bring bad news. Lalo is in a German prison for having an illegal weapon and false passport. He was not betrayed. He drew suspicion when he ordered schweinshaxe, red, with a side of tortillas

Arguing about the risk of the Germany trip is a bit irrelevant, it is certainly within the bounds of practical possibility, not completely out of character for the person in question and is clearly included at the behest of the storyteller.
He does it because that’s what the story is, not really much else to add.

Yeah, in a little German bar where everybody knows your name and the tables are almost hereditary. A suave Mexican national slides in and casually chats up a local widow. C’mon man!

I’ve done that, in Germany, and I stuck out like a sore thumb.

He does it because that’s what the story is, not really much else to add.

This is probably a good way to look at it. It’s still fun to speculate though!

The story has really been set up to force Lalo into this path. He wants to go after Gus, but Hector told him he needs proof first. His only lead for proof is Werner, which means Germany. He doesn’t want to reveal that he’s still alive, so he can’t enlist help, and he has to go himself. We can come up with alternatives to all these points, but as storytelling it works well (for me at least).

By the way, was anyone else thinking uneasily about Odenkirk’s on-set heart attack while watching the boxing scene? Rarely do we ever see Saul get so physical!

I assume you haven’t seen Nobody. It’s basically the Bob Odenkirk version of John Wick. It’s absolutely ludicrous and incredibly violent, but otherwise okayish if you like that sort of thing enough to suspend a boatload of disbelief. Kinda like John Wick, really.

It’s Cologne right? The one time I visited that place was crawling with Americans.

Yeah, I saw Nobody. But Odenkirk didn’t have an on-set heart attack during that movie. We know he experienced one during BCS, and that it was serious enough to shut down production for a few months.

So, I was watching that boxing scene and morbidly thinking, “Yikes, was this the scene where it happened?”

The scene he was doing when he had the heart attack won’t air until July 11th. 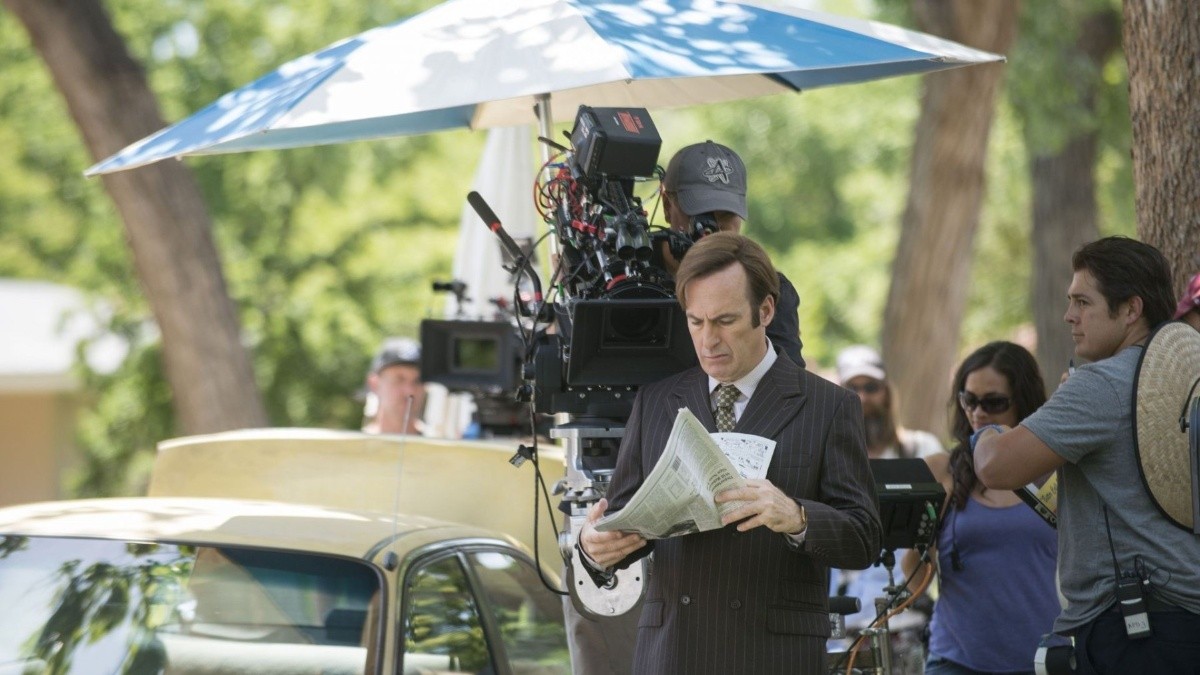 Better Call Saul: The scene where Bob Odenkirk suffered a heart attack is...

The last days before the premiere of the first part of the sixth and final season of Better Call Saul have been surprising for fans, as incredible details of the special actors that will appear ... Read more

the scene with which Odenkirk suffered the heart attack can be enjoyed in the premiere of the second part of the sixth season of Better Call Saul, which will premiere on July 11, 2022

Season was shot out of order.You can see in some shots he looks noticeably older, even allowing for the fact that they have given up trying to make him and Jonathon Banks look younger then their chronologically later BB selves.
Giancarlo Esposito somehow manages it.

Also, I can’t be the only one who thinks Betsy Kettleman is hot. In such a small part Julie Ann Emery fills the screen and is charismatic in the extreme, hopefully there is more of her to come. She surely must self-combust at some point and that will be great to see.

She was also hot in Preacher and Catch-22.

No comments on the new episode?

This one did feel like a bit of a filler episode to me. Or maybe a setup episode is a better phrase - things did move along, but nothing too unexpected, with everything heading towards D-Day, presumably next episode.

The casting for Kim’s mom in the opening was excellent, to the point that I was wondering whether it was Rhea herself playing the part.

Lalo is a great character, but sometimes they write him like he’s a terminator or something, just walking up and casually looking around. He’s just lucky that he didn’t get the sharp side of the axe.

Also one other note I saw on Reddit: the vet’s little black book was among the items shown as Saul’s house is being packed up at the start of episode 1.

It wasn’t Rhea? I thought it was.

No, it’s another actress (Beth Hoyt), but like I said the resemblance is striking.