His Best known films are Sam Peckinpah’s The Wild Bunch, The Getaway and American Graffiti.

Most articles say Bo was 80. Imdb claims 84. Bo joined the army at 16 and probably used a alternate birth date. Bo was in the 101st Airborne Division and served in Korea for nine months.

RIP Bo and thank you for all the great movies 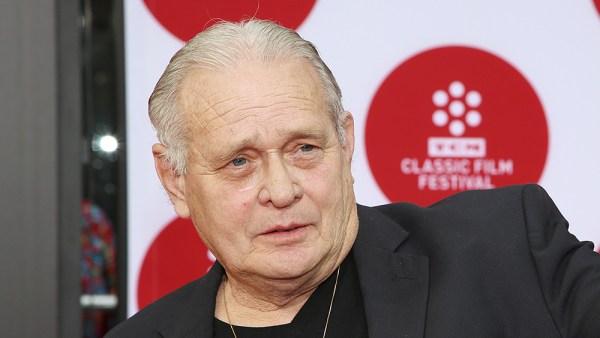 Bo Hopkins, the actor who has appeared in classics like “American Graffiti,” “The Wild Bunch,” “Midnight Express” and “The Getaway,” died Friday. He …

I always wanted to be a Pharao.*

I plan to rewatch American Graffiti later this week.

I need to check my dvds. I think I have season 5 of Rockford. I looked it up and Bo played a lawyer that worked with Rockford. It was only a few episodes.

I always wondered why Bo didn’t get his own series. He had all the leading man qualities.

I love his character in American Graffiti; a gangster trying to look more dangerous than he really was.
“Toby Juarez? Yeah, we know him……we killed him last night”

Seeing what happened to him in More American Graffiti was a real punch in the gut.

I don’t remember. What happened?

Killed in Vietnam. He took a round in the chest while a machine gunner in a Huey helicopter.

Toad was listed as MIA because he deserted. We never found out if he survived the war.

The first I’ve ever heard of him was seeing him play Lavrenti Beria, the head of the NKVD during the Stalin years in the film ‘The Inner Circle’.

He presence was so casually menacing.

Bo was really good playing bad guys. He got killed in several movies.

In The Wild Bunch , Hopkins’ character, a volatile young member of the gang, terrorizes a group of hostages inside a bank before meeting a horrible end in a hail of bullets. Just before his demise, he utters one of the film’s most quotable lines — “Well, how’d you like to kiss my sister’s black cat’s ass?”

“They took me to special effects and had wires runnin’ up my ass, up my legs. I was squibbed up 26 times,” he recalled of his first big movie role. “I fuckin’ thought I was gonna go to the moon if them things ever went off. I’d never worked with squibs. Sam asked me if I wanted a T-shirt. ‘No, sir,’ I said. ‘I want to feel it.’ … Well, see, I didn’t know. I wanted to feel it, experience it, just like we talked about at the Actors Studio. And like a damn fool, I didn’t wear a T-shirt.”

“You seem like a nice guy, Billy. I really do feel sorry for you. But if you still try anything or try to run away again, I’ll blow your fucking brains out!”

Everyone from Midnight Express is now gone but Randy Quaid.