This could be major, as The Palace is very guarded normally about the Queen’s health, but it’s been announced that’s she’s unwell, with doctors being concerned and the family being informed. 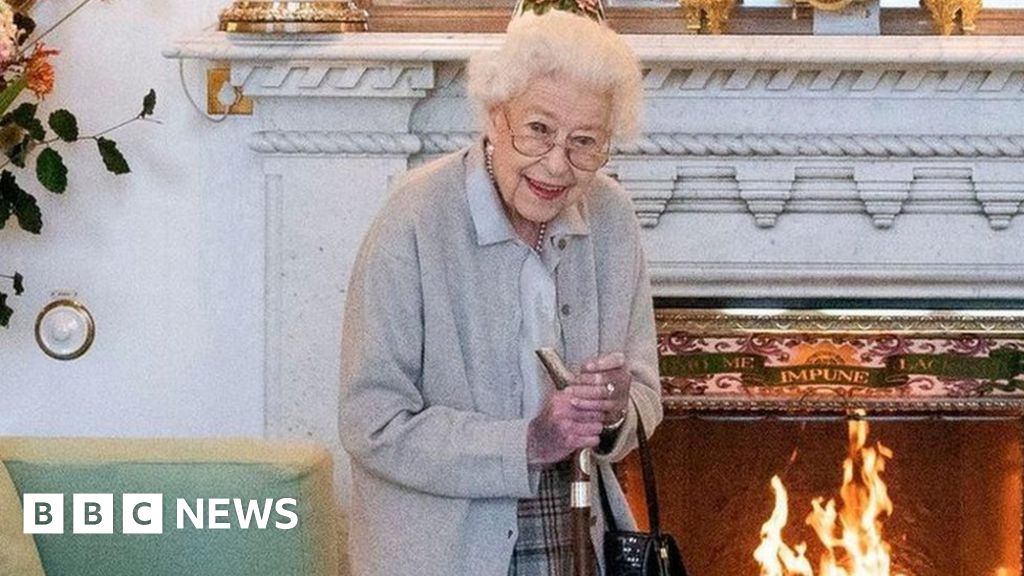 Queen under medical supervision as doctors concerned for health

Her immediate family has been informed and she remains at Balmoral, Buckingham Palace says.

Apparently Charles is with her, and William is on his way*.

*She’s at her holiday home in Scotland.

The old lady is an old lady and one day will shuffle off this mortal coil. Sooner rather than later at this point, I’m afraid. If not today then another day. It will be a passing of an era, but all eras pass.

I expect some people will lose their shit and others will cheer. But life will go on for the rest of us.

I will mourn her death. She has been a solid, comforting world presence since before I was born, and I’m 65.

I think she’s been unwell for the best part of year, to the point where she has lost weight and mobility, not a good sign for one so old.

I suspect her death is approaching but if the rest of her life is anything to go by she’ll be realistic and phlegmatic about it.

Whether you are a monarchist or not it can’t be denied that she has always put duty first and she is a pretty good role model as national figureheads go.

I don’t relish King Charles though. If he has any sense he’ll give it a quick crack then hand over to William.

She’s been a stalwart and deserved to retire years ago but time catches up with everyone. Hopefully they might pack the whole institution in now but that’s surely wishful thinking on my part.

I’m no fan of the monarchy but I’ve always failed to see the point of an elected, powerless head of state over a king or queen. They are purely decorative so why not have it merely “appointed”? or do away with the role completely.

I doubt Charles will be embraced, much less respected. Elizabeth played the part to perfection. She’s Meryl Streep in any role, whereas Charles is more.like Keanu Reeves in Much Ado About Nothing.

I don’t relish King Charles though. If he has any sense

Elizabeth played the part to perfection.

Reminiscent of Queen Victoria, at least in terms of longevity.

ah! yes. I see the flaw in my reasoning.

I think she’s been unwell for the best part of year, to the point where she has lost weight and mobility, not a good sign for one so old.

My impression is that her health faltered after her husband’s death.

My impression is that her health faltered after her husband’s death.

Sadly all too common in the elderly. They were together for the best part of 75 years.

Hopefully they might pack the whole institution in now but that’s surely wishful thinking on my part.

They might do it voluntarily - they must be very worried about their upcoming winter heating bills.

The Queen’s estranged son, Harry is even going to her side.

PRINCE Harry and Meghan Markle will travel to Scotland to be with the Queen amid concerns for her health. Her Majesty, 96, is said to be “comfortable” in Balmoral where she remains unde…

[nitpick] Harry is her grandson, not her son [/nitpick]

i believe getting covid earlier this year may have pushed things a bit.

I’m finding the way the BBC, camped out on her doorstep, is waiting for her to die is somewhat macabre.

Yes, well, I suspect throughout history royalty has been subjected to that sort of thing, it sort of comes with the job.

When it happens I am expecting people to act surprised and shocked, and why they would is beyond me. She’s a very old lady in declining health, what exactly do they expect?

They expect her to die, of course. This certainly looks like the family expects her to die soon. And yeah, it does come with the territory to have the press camp on the doorstep during the death vigil.

Anyway, i have a great deal of respect for Queen Elizabeth, and will feel slightly disoriented when she dies, despite its inevitability, and despite being American.