Some movies are good, some are average and some are so bad that they should never see the light late night direct to cable.

But it those films that often give reviewers the greatest freedom to really express themselves.

Ladies and Gentlemen, I give you Supercross.

There’s an old adage that if you don’t have anything nice to say, don’t say anything. Okay.

There was a review in Newsday of Species II where the reviewer said not only was he not giving the movie any stars, but he was automatically subtracting a star from the next movie in the series if it was released.

For books, there this..

I believe it was in Roger Ebert’s I Hated, Hated, Hated This Movie that he mentions how easy it is to write about very, very good movies and very, very bad ones. It’s the middle-of-the-road films that give reviewers trouble. After all, how many way can you come up with to say “Meh…it was ok, I guess”?

There was a one column list of reviews in a Sydney paper a few years ago. The reviews were restricted to a few lines. The one that caught my attention was:

Reportedly there was once a review for the play “Bang!” that went like this:
“Ouch!”

I believe it was in Roger Ebert’s I Hated, Hated, Hated This Movie that he mentions how easy it is to write about very, very good movies and very, very bad ones. It’s the middle-of-the-road films that give reviewers trouble. After all, how many way can you come up with to say “Meh…it was ok, I guess”?

I can confirm this, though when you write reviews of great movies (or games in my case), you can’t help but feel like a company shill. The last bad game I reviewed, I wrote about 50% more than I was paid to write (online review, no big deal), because I was ranting and didn’t want to stop.

Here’s an article by Ebert summarizing some of his “favorite” worst films, with links. (Including the famous “North” review.) The category headings are great: “Sex, romance, music, drama and other crap”. One stop bad-movie review shopping!

He had just given two films 0 stars in the same week: “Duece Bigelow II” and “Chaos”. The creators of both films objected strongly, so it was discussion time all around.

I still remember the one-word review given to the late '70s cheesy disco movie *Xanadu * (I forget by whom):

It’s hard to pick out a specific favorite, between some of the pro review and the snark sites like Jabootu and
The Agony Booth. If I had to pick one, I’d go for the Agony Booth Batman & Robin review. (Yes, I’m still bitter about paying full price to see this in a theater.)

nitpick – it was From Hell it Came, a fond memory from my childhood. It’s about killer reincarnated as an ambulatory tree. He looks like one of the talking trees from The Wizard of Oz gone horribly wrong. Laughably, wonsderfully bad. IIRC, the quoted review was supposed to be from The New York Times. 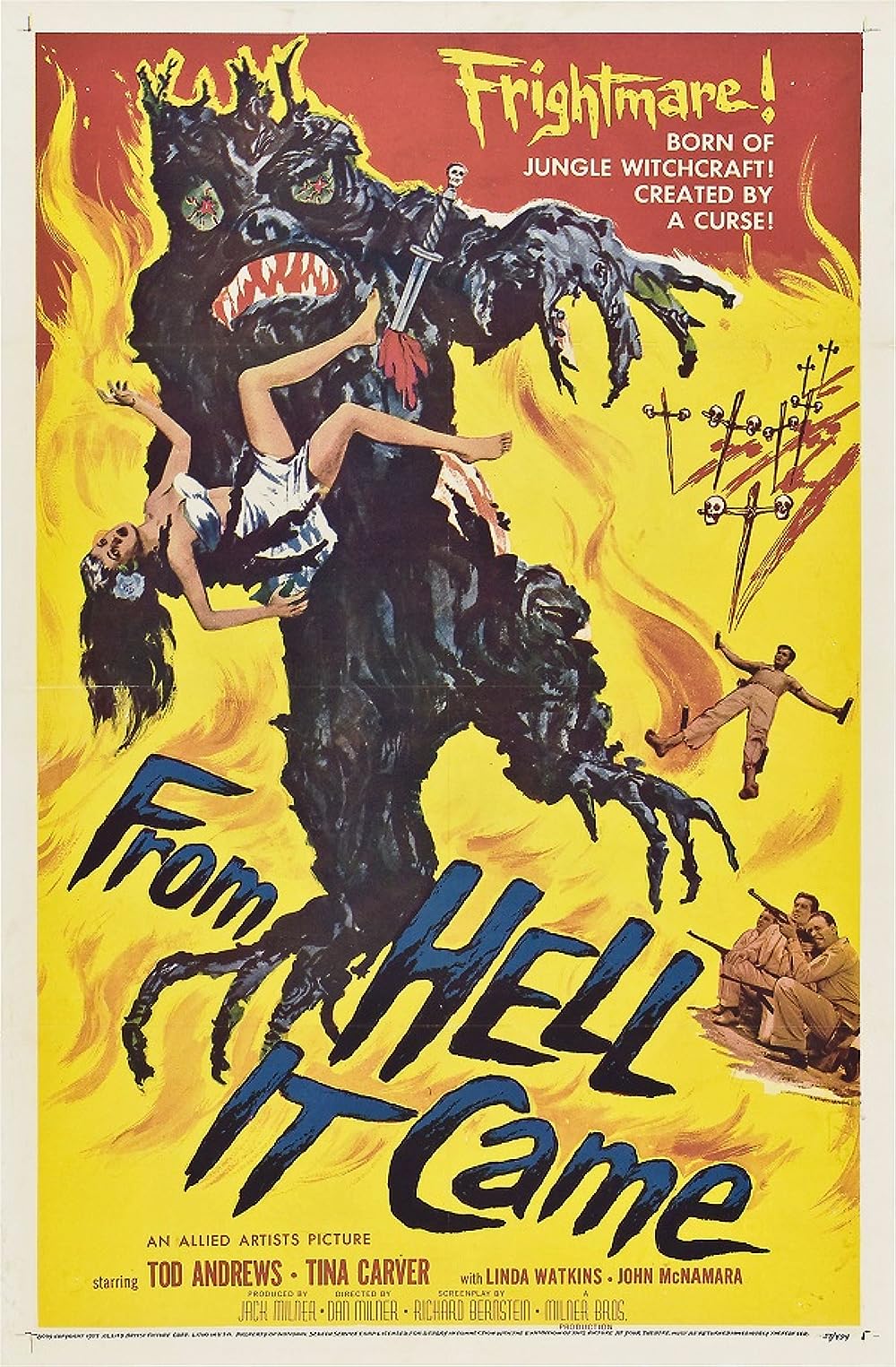 James Agee’s 4-word review of the film You Were Meant for Me:

“That’s What You Think”

Anyone who watches a movie with this title deserves what he gets.

I can’t recall which actress it was, or which movie, but it was in the long-ago 1970s when Gene Shalit started a review with something like:
“It seems that , in every movie, the worse (actress) acts, the prettier she looks. She has never been prettier than in this film.”

My favorite review was of an album, not a movie. It was for (IIRC) Men Without Hats. The review was:

"Well, you can dance if you want to, but I’ll sit this one out.

Anyone who watches a movie with this title deserves what he gets.

I’ve never heard of it, but it might be a good double-feature with Hot Dog: The Movie.

My favorite review title was a gaming website’s review for a real stinker. The title was

A friend told me about a wonderful review for a bad book:

“This Book Fills a Much-Needed Gap.”

Here’s one of my favorite movie reviews. It wasn’t an “official” movie review, just someone’s sig on Usenet:

ObMovieReview: Don’t go see Mission to Mars. It sucks on a scale heretofore unknown to mortal man. It crosses beyond the metaphysical plane to reach new transcendental heights of suckfulness. It’s one small suck for man, one giant vacuum cleaner hose up the wazoo for mankind. I disliked it.

I rather liked Ebert’s summary of Pearl Harbor: The story of a Japanese sneak attack on an American love triangle.