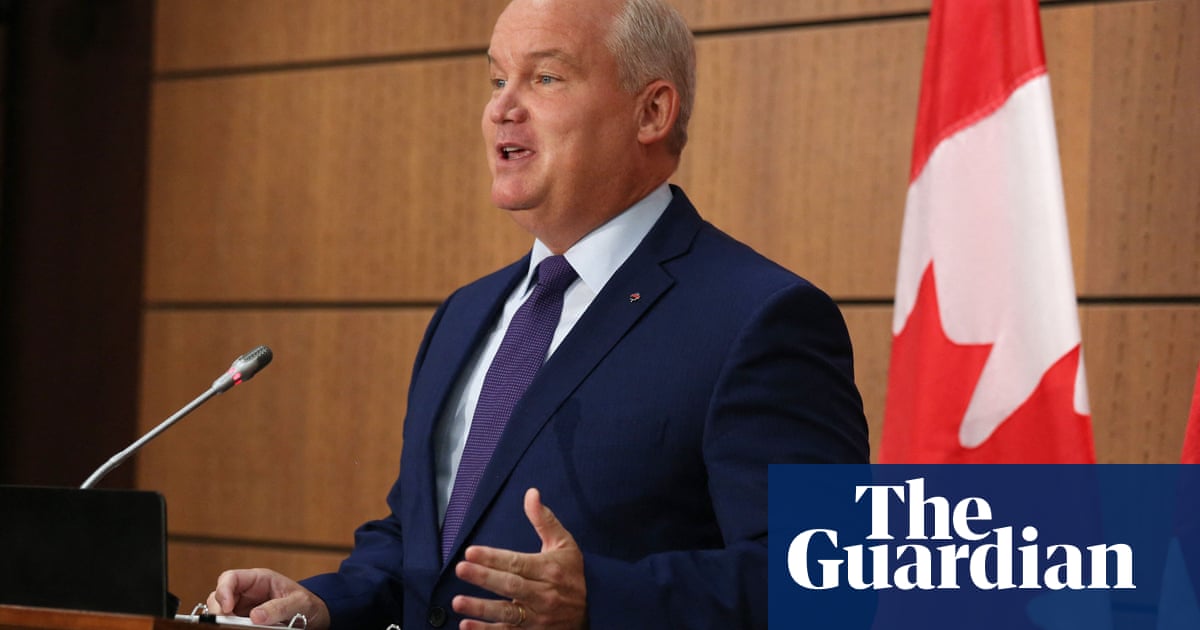 I think this will be a major contribution to their defeat at the next election. I don’t trust Erin O’Toole as he seems to be constantly shifting his messaging; however, I appreciate and approve that he’s trying to move the CPC more towards where the PC were before they merged with the Reform party. In some small part, I feel bad for him because he did his best to make a plea to the party that accepting climate change as real, and creating a feasible plan is key to electoral victory. He must certainly know that he will not be the next PM, and more than likely will be ousted as party leader shortly there after. The CPC will clean up in AB and SK as they do, but I think they’re going to lose seats Ontario eastwards. It is too bad because having no viable opposition gives Trudeau too much power since he must certainly suspect (as I do) that he more or less cannot lose the next election. The only question will be whether he gets a majority or another minority gov’t.

In fairness, the rejected motion didn’t only claim that climate change was real; it also included a complex action plan to deal with it which might have been why it was rejected. But I feel that this isn’t good news for O’Toole’s leadership. When a party leader pushes hard for his party’s convention to adopt a position, only for them to reject it, that leader’s authority is damaged in a possibly irreversible way.

I agree on all counts. The associated plan certainly contributed to some of the “no” votes, and the vote was fairly close (54/46). However, the headlines are saying rejected climate change is real, which in this era of people only reading the headlines, it is brutal. If he doesn’t win, and I suspect he will not for a variety of reason including this one, then he is done as party leader. I’ve been over to his social media a bit and a lot of allegedly CPC voters are unhappy with him. Calling him “Trudeau-lite”, betraying social conservatives, and so on. I do not see a way he can recover from this short of winning the next election.

The results broken down by province for how the CPC members voted is revealing (sadly I cannot find it at the moment). But iirc, it was 67-73% “no” votes in AB/SK, and much lower elsewhere. So you know if the CPC did not want to vote no on this, then the reaction from the electorate is going to be worse.

Merging the centre-right Progressive Conservatives with the more populist Reform was a good idea since it allowed Stephen Harper to be prime minister for nearly a decade, but it was to be expected that with the party out of power and with tougher economic conditions in places like Alberta, these divisions would take centre stage again. I also don’t expect the Conservatives to win the next election, especially since it’s likely to be called in the next few weeks, so time is running out for O’Toole. I’m not hoping for the Liberals to regain their majority, but right now it might be the most likely outcome.

The only “action plan” that is acceptable to a large number of CPC voters is “Blame Trudeau”.

That’s what lost them the last election, because “I hate Trudeau and so should you” was enough to get them a lot of votes, but not enough. They need solid policy that deals with facts and reality. O’Toole is smart enough to realize this, but a significant portion of his party is not.

As BeepKillBeep alluded to, this combination of Progressive Conservatives and Reform is quite hard to reconcile. Some of the former Reform Party are pretty far right ideologically, and they seem to hold a fair amount of sway… But they are not nationally electable.

That’s a naively dangerous outlook. The problem is that rapid climate change brings with it climate instability and unpredictable regional climate changes. This ultimately benefits no one. A nice long warm growing season isn’t much good if crops are destroyed by severe storms, flooding, persistent drought, or invasive species migrating to higher latitudes.

I’m always gojng on about people who make predictions about what the climate is going to be like in X years down the road. And I’ll stick by that. We have no idea.

However, what we do know is that we are pumping CO2 into a complex, dynamic system at a rate never before seen by the planet. The fact that we can’t predict the exact outcome should not be taken as comforting. The Precautionary Principle applies here to some degree: You’ve only got one atmosphere. Pushing it into the region of the unknown is not a smart thing to do.

That said… Yes, there could be benefits to climate change. Opening the Northwest Passage wokld save time and money on shipping. Our arable land might extend northwards another couple of hundred miles. Our heating bills would go down.

Or, the warming could change the climate such that some parts of Canada could get much colder, and other parts warmer. Opening the Northwest Passage could put us in conflict with the Russians. Precipitation patterns could change, screwing up agricilture. The future is unknowable. If you don’t know what a change will do, and unintended consequences abound when forcing complex systems, then perhaps you should keep the forced changes to a minimum.

One problem with expanding agriculture north is the pesky Pre-Cambrian Shield. The northern bound of agriculture in much of Canada isn’t dictated by climate, but by endless rock. This isn’t true everywhere, of course, but it does put a significant limit on how much extra arable land we might theoretically gain.

And meanwhile, significant chunks of our currently arable but pretty damn dry land could theoretically turn into outright desert. It’s entirely possible that we could have a net loss of arable land.

I have to agree with everyone else. While the degree of loss will vary, no nation really wins with climate change. As mentioned, the prairie provinces would be at a tremendous risk of desertification. Coastal areas could see increased flooding. The potential for algae blooms in the water (great lakes, etc.). And then there is the socio-political ramifications such as climate refugees, and the real possibility of hostilities with our nearest neighbour (over food and water). And this is really just a short list. It goes on and on and on.

The benefits are meagre in comparison to the loss, and it is unlikely Canada would even see much benefit from them. For example, while the Northwest Passage quite obviously goes through Canadian waters, China, Russia and the USA disagree. We have no capability to enforce our sovereignty and hence it doesn’t really exist. As for resources, Canada is foolishly, in my view, selling future extraction to northern resources to China at rock bottom prices, so we might not even reap any benefit from a northern thaw (much like we really shouldn’t be selling our water to Nestle for pennies, but that’s probably a whole other thread).