The old “you’re being intolerant of my intolerance” trope again.

It is not ironic to note a pattern of behavior, even if noting it superficially looks like you’re engaging in the same behavior.

In this fucked up political fake-o-sphere world we live in, I can almost see a crazy conservative boycotting Cracker Barrel because they added a meatless option to the menu. I can’t agree with it or understand it, but I can see it happening.
However, if someone for reasons that aren’t conservative unhinged “purity” decides that Cracker Barrel is to be shunned due to this menu addition, that is simply fucking crazy for no reason. Not even a fake one, like the conservatives have.

It is not ironic to note a pattern of behavior, even if noting it superficially looks like you’re engaging in the same behavior.

Yes, but to a conservative who lives for those precious “gotcha” moments, such nuance is completely ignored in favor of accusations of hypocrisy.

I mean, I can empathize with the people in question, but it’s more at the level of how much it would suck to be that angry and scared all the time.

And I say that as someone with anxiety and anger issues. But I at least try to direct it towards things that are actually some sort of thread (though I do fail at times). Heck, that’s why I can empathize.

I don’t see how it was a broad brush statement, though. The context is clearly the type of conservative (really a reactionary) who gets upset about these things.

I joked about it earlier but I wonder if the people who are angry really don’t know what Impossible Meat is, and think it’s made from something harmful rather than plants.

I’m sure there’s an overlap between them and the folks that think that vaccines have microchips or make you magnetic.

I mean, probably. Conservatives like Marjorie Traitor Greene are talking about Bill Gates forcing you to eat fake meat out of a “peach tree dish” [sic].

Yet another example of woke veganists run amok.

Maybe someone on 4chan started the rumor that Impossible Sausage was made from aborted fetuses.

You mean uncovered the truth.

Everybody has things they don’t like to eat. I sure do. Who gives a shit?

Conservatives have nothing left but culture wars and tax cuts for the wealthy.

Conservatives have nothing left but culture wars and tax cuts for the wealthy.

And as Lee Atwater pointed out, the latter is just the former carried out by different means - after all, you don’t want tax dollars going to those people, do you?

It’s not really about Impossible meat. Cracker Barrell’s brand is strongly associated with rural conservative communities. They view it as one of “their” brands, a rare corporation that caters specifically to them. Adding specifically vegetarian items means they’re trying to cater to people outside their specific demographic. And if they’re successful, of course, that means that “those people” are going to start showing up in Cracker Barrell restaurants, so a decent Christian can’t go out to a meal any more without having to see them.

See, that’s where they’re confused right there. Cracker Barrel restaurants are highway restaurants. Every single one I’ve ever seen has been on a highway of some kind, and the vast majority have been in relatively large cities. They’re not rural or small-town restaurants, they’re not particularly Southern, and they’re not a small time operation. They’re a humongous nationwide restaurant chain that has a menu that consists of more or less “country” foods, and who deliberately cultivates an “old-timey”, “country” or “down-home” atmosphere.

But it’s not authentic; it’s a huge restaurant chain’s homogenized idea of what that is, both on the menu, and in the stores.

I have a feeling that you’re right that those people have grown accustomed to thinking of the chain as “their” kind of restaurant and them starting to offer meatless sausage somehow dispelled that illusion, and they’re angry now. If they were not idiots, and consistent, they ought to be pissed off that Diet Coke is served as well… that’s as least as “woke” as Impossible Sausage.

Liberals claim to be, and very often genuinely are, the empathetic ones, the ones who champion inclusiveness and fairness and diversity. Which makes it especially ironic when they resort to othering and liberalsplaining and dismissing conservatives as being monolithically, simplistically awful. (And I say this without disputing that some conservatives, especially nowadays, really are that awful.)

The defining feature of the conservative brand is a lack of empathy. Any empathetic conservative needs to explain why they’re riding on the bandwagon of a movement whose loudly proclaimed slogan is “facts don’t care about your feelings.”

This is not an out-of-hand dismissal. It’s based on long and hard observation of them telling us loudly and repeatedly “fuck your feelings.”

I have a feeling that you’re right that those people have grown accustomed to thinking of the chain as “their” kind of restaurant and them starting to offer meatless sausage somehow dispelled that illusion, and they’re angry now.

This is basically it. They love to feel special when a corporation caters to their culture. When that corporation is inclusive toward a “rival” culture, it destroys that feeling of being the specialest snowflake. And worse, they know they can’t do anything about it.

Cracker Barrel is a southern traditional restaurant in the same way Outback is an Australian restaurant.

Don’t show that to the republican base, They’ll really flip their shit.

Today’s conservatives, and their goals for the future:
(Courtesy of The Lincoln Project, Republicans themselves…) 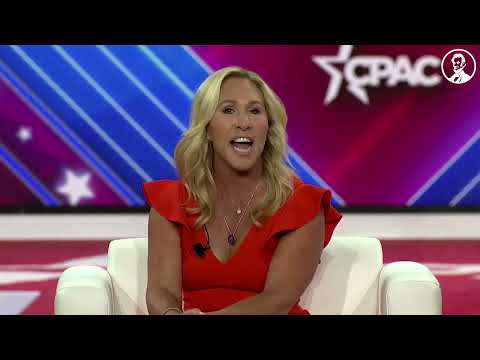