I quit for good over 10 years ago, and after the first few days or weeks, never really looked back. Prior to that, I’d smoked most of my life, and finally quit not because of fear of cancer, but fear of COPD in later life (which I’m probably doomed to anyway.) I could really feel how the cigs made it hard to walk up one flight of stairs, and that seemed like a fixable problem so I fixed it.

In the past few months, or maybe back to the beginning of the pandemic, I have cravings all the time. Constantly. My partner would murder me if I smoked even one, so I don’t, but I never stop wanting to and I’m certain I would start again if I were single. Maybe it’s the constant sense of impending doom, “lol nothing matters,” who knows.

I go through periods of craving too. I hate seeing someone smoke in a movie or old TV show to bring up those feelings. And then eventually it passes and people will come near me again.

I’ve been chewing nicotine gum for YEARS, and I could have a smoke tomorrow if I decided to. For me, I doubt the need will ever abate. But as long as I chew the gum, I don’t smoke, so that’s a compromise I can live with.

I quit 3 years ago (also quit drinking as it goes hand in hand with smoking). It was after my stroke.

I still get urges (both for a cigarette and/or beer) a few times a week, but I will never go back to it. The last thing I was doing before my stroke was smoking a cigarette outside at work during my afternoon break. And I’m afraid of another stroke.

AND–I love saving all that money. I’ve been saving close to $400 a month by not smoking or drinking.

AND–I love saving all that money. I’ve been saving close to $400 a month by not smoking or drinking.

IDK where you live, but according to this the cheapest cigs are in MO and they’re still over $6 per pack. NY? Almost $12. One pack a day there would be about $360 per month, hooch not included.

New Zealand’s trying to get rid of smoking. Roughly $20 (USD) per pack. 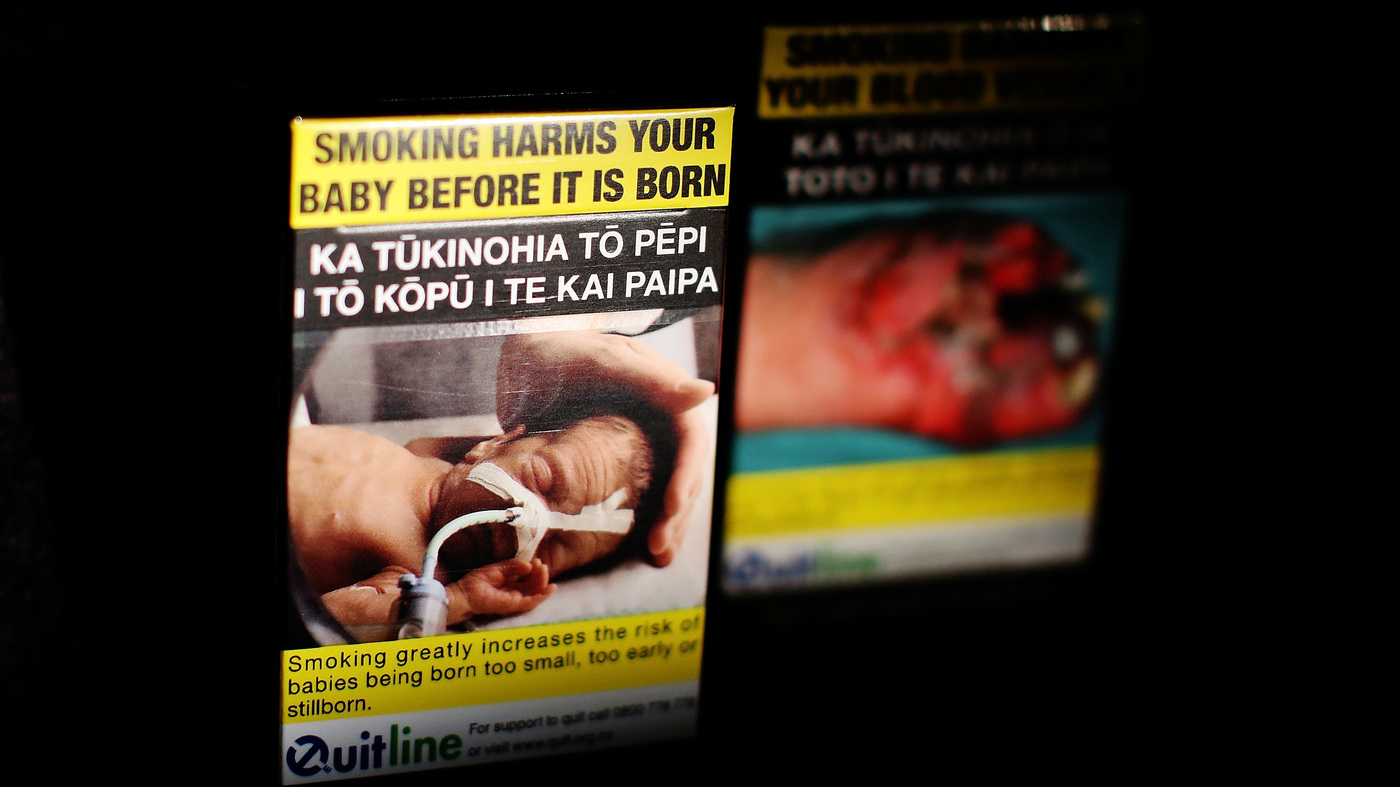 The proposed law would effectively impose a lifetime cigarette ban for people aged 14 and younger. Researchers applauded it but said similar bans elsewhere could be more challenging.

^^I was getting them at the Indian reservation. Around $35 a carton.

Too expensive to buy them otherwise ( close to $12 a pack).

I’m probably closer to saving $500 a month, though, while I think about it.

I was getting them at the Indian reservation. Around $35 a carton.

I do crave one now and then. But I’m my own worst enemy. It’s more the psychological head game. Must…not…give…it…energy.

quick report back - I realized suddenly that because of constant heavy rain I haven’t had any exercise in days - normally I walk every day but it’s been too nasty. Just now walked 1.5 miles including a couple of hills, and man do I feel better. It’s almost impossible to crave a cigarette while huffing and puffing up a hill.

And yeah, the expense would probably keep me from developing an actual habit again. I think. I’m personally in favor of some amount of social engineering via taxation, and it sure seems to be working.

I do crave one now and then. But I’m my own worst enemy. It’s more the psychological head game. Must…not…give…it…energy.

And it is a psychological head game.

Back in the day my Dad’s Doctor suggested Doublemint gum (yes with sugar), and my Dad swore by it. Why not try some? I mean it seems like you mostly have it under control.

A college prof, whose wife died of cancer from smoking, suggested cinnamon candies. He said smokers are used to having their tongues burned. Maybe for some…not me.

He always ate garlic soup for breakfast. Some say it’s “anti-cancer.” Sample recipe…she seems to know a lot about cancer.

I recommend Dr. Pepper. When I quit I relied on it. It give your throat a ‘burn’ not unlike a drag on a ciggy.

I once tried vaping. As I recall you can get cartridges that are just water. That gives you a cigarette in hand, the puffing action, but just water vapor in the lungs.

Credit where it’s due: to my vintage-1983 hypnotist.

I can remember craving nicotine. But it’s akin to remembering that I used to love Kool-Aid when I was a 7 year old kid. Or that I used to enjoy sucking my thumb. I don’t feel any urge to smoke. Quite the contrary: as many times as I went through trying to quit, any dreams I have about smoking are tales of horror in which I’ve somehow drifted back to smoking, just one or two now and then, which escalates and I’m bumming cigs from my friends who smoke and finally breaking down and buying a pack for myself. Nightmare material. I don’t get them often but when I wake up it’s with profound relief to realize that, nope, that didn’t happen.

(My hypnotist didn’t fill me with dread and aversion. I seem to have come up with that entirely on my own)

I quit almost 3 years ago after a bout with bronchitis that landed me in the ED at 1am on a Sunday morning. There are times when I could cut a b!tch for a Virginia Slims Menthol Silver but I won’t even have a drag. I’d go right back to a pack a day and I refuse.

Quit frozen cold turkey back in December. Went from a pack a day smoker to a pack a day toothpick chewer to a pack a day swizzel stick chewer. I actually cut them down to toothpick size to pack in a toothpick cannister.
I can relate to the craving. It isn’t constant for me, but it hits at the most random times, tiggered, usually, by nothing I can discern.
My Gpa who quite some 30ish years before he died said the craving never goes away completely
Part of what helped me quit was that I got sick (respiratory infection, two covid tests came back negative but the symptoms, ehhh) and after I recovered enough to try smoking again, it just tasted like sour, bitter armpit sweat

I don’t know when I stopped craving a cigarette. And I was never a heavy smoker. Usually just on business trips. But I had cravings every once in a while for definately more than 10 years. And the cravings slowly became more infrequent, and the craving period length of time dropped to a mere few minutes.

I never want to start again after finally getting that monkey off my back. When every one is out enjoying their cigar, I’m no thanks.

After smoking from the age of 15 +/- I stopped liking it when I was in my mid 50’s but knew that if I tried to stop while I was working I would kill someone. Besides, I needed the tobacco to cover the pot smell.

Two weeks after I retired and had the chance to smoke all the cigs I had left, I stopped smoking tobacco. That part of my life was over. I honestly think that my painless transition to living tobacco free was because I wanted to do it.

As soon as I went to sleep on May 8th, I had very disturbing dreams which included checking to see if my cigs, pipe and lighter were in my pocket. I spent most of the 9th wondering why I wanted to have that familiar taste in my mouth or feel the lung burning from that first drag after work.

I"m over the craving now, I think I was just really concerned about waking up vaporized.

My dad smoked 2 packs a day for decades, until his early 50s. He developed COPD in his early 60s, and now in his late 70s he’s on oxygen 16 hours a day and can barely walk 10 yards. It’s been getting gradually worse since his smoke-free diagnosis, and being almost housebound (we take a wheelchair and oxygen cylinder if we go anywhere in the car) means exercise for him is impossible. The weight he’s added, due to lack of activity, has brought on other health issues he can’t get over due to his immobility…

I used to smoke up to a pack a day - not doing so would be extremely unpleasant for me and unfortunately sometimes for those around me - but vaping nicotine has got rid of any cravings and associated temper tantrums. Hopefully I quit cigarettes before doing any significant damage to my lungs.

My only similar story was giving up coffee for a while. Along with all other “stimulants” : sugar, cheap carbs (high glycemic foods like white rice), chocolate and other caffeine sources, alcohol, and weed. I didn’t smoke cigs so no issue there.

Things went OK for about 2 months and then, I walked past a Peet’s coffee and smelled it. OMG such cravings. I just noticed the craving with interest and kept walking.

There’s a lot of good research out now on how cravings work, habits, etc. The usual advice is to substitute another activity, like walking. Usually the “better” activity takes longer and is less of a quick fix.

Another instance where I backslid almost instantly. I had taken a break from alcohol for a few weeks, and then California had the fires with dark orange skies for a week or more. Talk about a sense of impending doom. I was out of work at the time with nothing to do but mope and self-reproach, also recovering emotionally after living in a very unsafe situation for over 5 years.

Saw the orange skies, reached for the gin, drank it straight. Not proud of this. But the sense of impending doom just made the gin seem like the only logcial course of action. I thought of Boccacios’ Decameron which described people’s reactions to the plague, very similar. Total hedonism, living in the moment because that’s all you’ve got left.

That kind of thinking isn’t necessarily true, but the urge to self-numb was overwhelming at the time.