Curses or oaths you've adopted from literature or movies

I was just making an omelet, and much of the egg stuck to the bottom of the pan, which caused me to exclaim “Jesus please us!”.

Which is something a character in one of Stephen King’s books once said, though I have on idea which book or which character. But the rhyming oath stuck with me.

Another Stephen King quote, this one from Desperation. “Don’t call me cookie and I won’t call you cake.” I said this as a sorta non sequitur reply to my gf calling me “Skippy” one day. She immediately got the reference.

And yet another SK phrase ; I recently told someone that “2020 can kiss my back cheeks” a la Delores Claiborne. I’ve also been known to call someone “a dirty bird”. Come to think of it, there seem to be a lot of SKisms that creep into my vocabulary.
I don’t know if he coined it, but “fuckery” comes up often, as in “what’s this fuckery” or “…or some such fuckery”.

I adopted Kull Wahad! (Fuck Me!) and Mu Zein Wallah! (Fuckboi) from Dune, Fracking!(Fucking) from BSG, and Noy Jitat! (God Damn) and Jitating [XYZ]! (Damned [XYZ]) from Pirates of Darkwater. Some of those are very loose translations

I frequently say “Lords” from BSG, and occasionally “Lords of Kobol, hear my prayer” when I’m about to attempt something stupid.

“Frack” and “felgercarb” from original BSG.
“Frell” from Farscape

Not exactly a curse, but I like to quote Finagle’s Law from Larry Niven’s stories: “The perversity of the universe tends to a maximum.”

“Rackum-Frackum”, I think from either Yosemite Sam or the Tasmanian Devil.

I’ve also been known to call someone “a dirty bird”. Come to think of it, there seem to be a lot of SKisms that creep into my vocabulary.

I thought “dirty bird” was from George Gobel.

And, from the Star Wars expanded universe books and games: “kriff” and “kark” (both meaning “fuck”)

Ratfarts! Especially on the golf course.

There are a couple I still use from a commercial for some tooth whitening gum company a few years ago.
“What the French, toast?” The pause at the comma is key.
“You lint licker!”

“Cakesniffer” from A Series of Unfortunate Events, and “hraka” from Watership Down.

Come to think of it, there seem to be a lot of SKisms that creep into my vocabulary.

I think everybody uses ‘Ass-hat’.

Sometimes for someone I really dislike I think “the guy sure looks like plant food to me”.

I think everybody uses ‘Ass-hat’.

It would be nice if y’all could include the media source too, so I’m not compelled to google the more obscure ones. I’m well familiar with Ass-hat, but not with its source. Apparently, according to this YT video, the earliest instance of this is from The Outlaw Josey Wales: “I’m gonna kick you so hard, you’re going to be wearing your ass for a hat”. 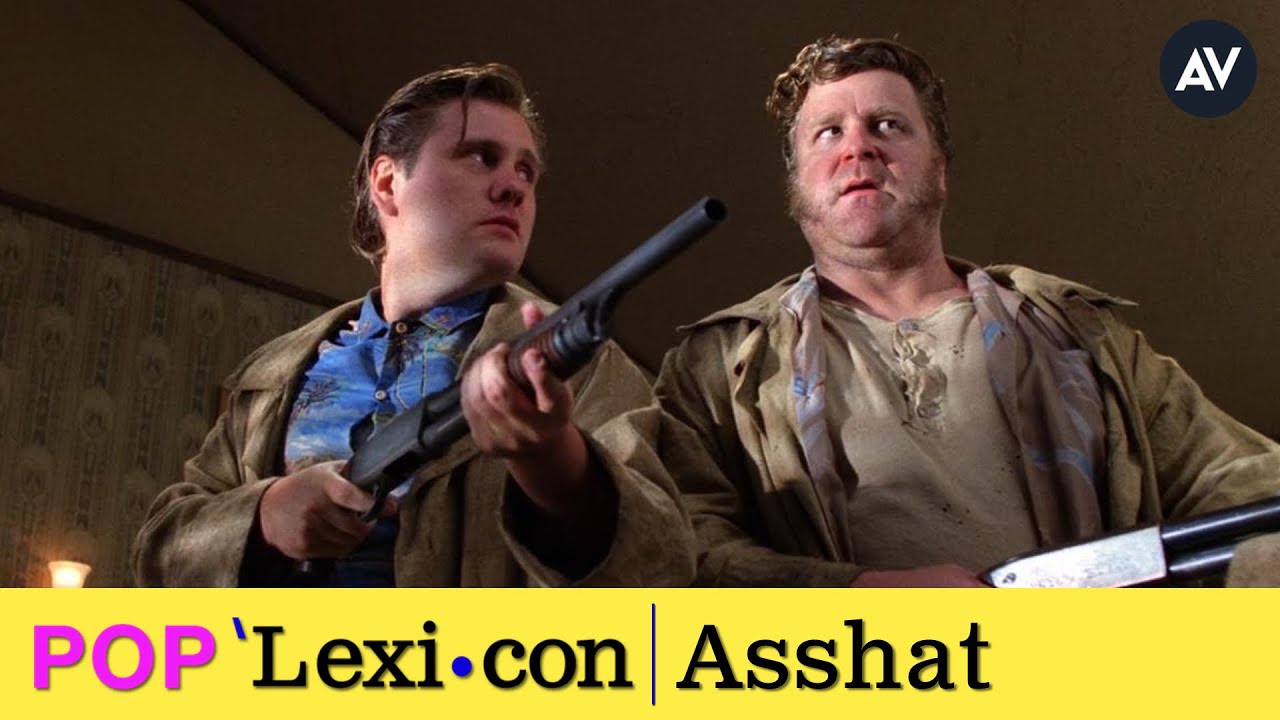 Sometimes for someone I really dislike I think “the guy sure looks like plant food to me”.

“…so fast it’ll make gods blink.” I think that one comes from one of the Yellowthread Street books. It’s generally preceded by some interesting comment, such as when I’m attempting to exit a subway car here and some idiot wishing to board the car cannot be bothered to wait for those of us exiting–mind you, this is nowhere near a slightly occasional instance. Example of usage: I’ll knock you off the platform so fast it’ll make gods blink!"

“Znidd suddabit!” This one comes from Uller Uprising. Used as a general oath, although, according to the story from which I lifted it, it means “Kill the human!” (The word for ‘human’ in the language referred to in the story is a loan word from English: ‘Son of a bitch’.) Kind of fits in nicely as an alternative for the previous oath in the same situation.

BTW, I’ve been watching “The History of Swear Words” on Netflix. Very informative, and relevant to this thread I think.