Diamond, of conservative commentators Diamond & Silk, appears to have died at 51

I won’t post any links because I’m only seeing them from RWNJ sources, but 51 is way too young.

Apparently the only source on the is a post by Trump on Truth Social. I don’t think that he would lie about something so easily checked and liable to blow up in his face, but it is Trump we’re talking about so I’m going to wait for confirmation from independent sources.

Yahoo Finance has this in their reporting:

The duo’s official Twitter account confirmed Hardaway’s death shortly afterwards, writing that the world “just lost a True Angel and Warrior Patriot.” Hardaway’s exact age was not immediately clear, but she would have been roughly 51-years-old.

Former President Donald Trump broke the news, describing her as “our Magnificent Diamond.” 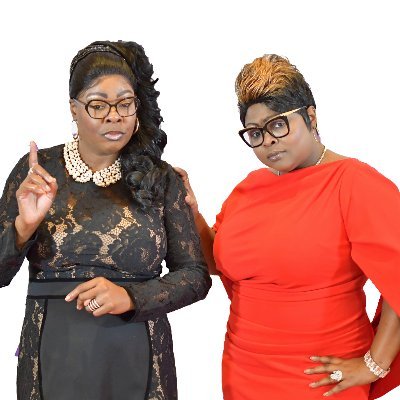 @DiamondandSilk
The World just lost a True Angel and Warrior Patriot for Freedom, Love, and Humanity! Please respect the privacy of Diamond’s family! Memorial Ceremony TBA. Contributions towards Preserving Diamond’s Legacy are only being accepted at the following link: givesendgo.com/DiamondandSilk
Grrr January 10, 2023, 4:07am #4

Never heard of her, but good riddance.

I don’t recall, was she vaccinated? Anybody know?

While I am in so many ways diametrically opposed to the worldview she espoused, my sympathies are nonetheless with her family.

I don’t recall, was she vaccinated? Anybody know?

The article above characterizes her as an “ardent COVID-19 vaccine opponent” but of course that doesn’t mean she wasn’t vaccinated.

I did remember that she was Anti-Vac, but wasn’t sure if she “was forced to give in” for her career or something.

While I am in so many ways diametrically opposed to the worldview she espoused, my sympathies are nonetheless with her family.

She made her living as a MAGAt. People almost definitely died because they listened to this pair spout their nonsense about Covid vaccines. Either they believed in this crap or were willing to take the money anyway.

She was admitted to the hospital during Thanksgiving for COVID, so pretty sure she died of “complications related to the COVID-19 virus”.

I mean, what are you going to do? There’s more than one way to kill yourself.

When do the accusations that Biden had her murdered start?

How did they get to be celebrities, anyway? What were they before they attached themselves to the Trump bandwagon?

Their family life may shed some light on how they came to be the way they were. Let me just post this tidbit from Wikipedia:

Their parents are Freeman Hardaway and Betty Willis Hardaway, televangelical pastors based in Fayetteville, North Carolina. Freeman and Betty Hardaway sold purported weight loss cures and wreaths to ward off witchcraft. For a fee of $50, Betty wrote the names of customers in a Bible, telling customers that this would make God answer their prayers.

Diamond and Silk were also briefly involved in the BLM movement before getting on board the Trump train.

A pedigree in grift, got it.

Maybe that was a typo, and what they were actually involved with was the MLM movement.

Which would make sense

Maybe that was a typo, and what they were actually involved with was the MLM movement.

With a family history of grifting, it probably wouldn’t take them long to realize that BLM doesn’t fall for it nearly as easily or lucratively as MAGA does.