Do You Fear Your Death?

I live in constant existential dread that every heartbeat will be my last. How about you? See, I gave religion a try, but just didn’t buy into the blind faith aspect. And while I feel there may be a creator, I don’t think it is one you can have a personal relationship with. I simply chose Christianity because it was close by. It could have been Islam, Zoroastrianism, Hinduism, Ancient Egyptian, etc. if I was born somewhere, or somewhen else. It is logical to assume when you are dead you lose track of time and everything else. One second, or one trillion years are the same when you are dead. The Sun will die and Earth will be burned away, and even the universe will experience heat death, and you’ll not know about any of it, unless you come back as a Boltzmann brain in the dead void. The thought of losing myself to the void is utterly terrifying. I feel that there is also the possibility that given an infinite cosmos, we just come back an infinite amount of times and lead the same lives ad infinitum. There’s no heaven or hell, just an endless loop. Of course, I remain agnostic about that.

You know, when I contemplate death my brain just doesn’t compute it. I get nonsensical infinities and smoke comes out of my ears. If you know anything about theoretical physics, when your equations return infinities or rather singularities you know it has broken down. Prime example: the singularity of a black hole. It is on another level that our knowledge cannot penetrate at the moment. Death for me is that singularity.

Far greater men than I have faced death. Lou Thesz, Johnny Valentine, Carl Sagan, Lemmy, George Carlin, Albert Einstein, Norm Macdonald, etc. I could keep going. Yet, I wonder if those greats experienced any apprehension before their deaths. Do you think they were at peace? Do you think their consciousnesses could still be around somewhere in this universe, or another one? Like information falling into a black hole isn’t lost forever, do you think our information isn’t necessarily lost forever to the black hole of death?

I’m not looking forward to it, but I’m not entirely opposed to it, either. As for what happens to us after we die, I think we go to the same place lightbulbs go when they burn out.

I’m 63, damned if I thought I’d ever be around this long. My kids are both happily married. My gf will be financially secure. I’m not in a huge hurry, but I also do not want to deteriorate much further.

I’d like to live some years more, but at 66 years of age I know that 10-20 years more is all I reasonably can expect. I don’t know what comes after death, oblivion isn’t that fearful, in my opinion. If there is something after death you will know in due course. otherwise, well nothing hurting, no anguish.
Don’t fear death, get the most out of the days you get. I had cancer some years ago and expected fully to die. After that, my meeting with death, I see every new day as a gift.

For all of infinity - 1 I never existed at all, then I existed, then for the rest of eternity things go back to business as usual. What things will be like after I die will be the same as what things were like before I lived, as far as I know. If it turns out that I am wrong, so be it-As a Cubbies fan I can deal with being wrong.

I’m not looking forward to it, but I’m not entirely opposed to it, either.

But I also don’t sweat it. It’s coming, it will happen, you just have to make your peace with it. Which I have without all that much thought, because that is the only practical option.

I’m not looking forward to it, but I’m not entirely opposed to it, either. 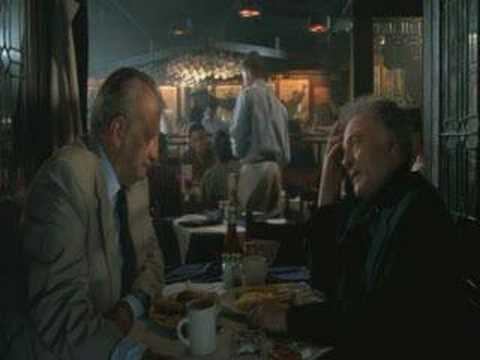 I just don’t want to be there when it happens.

Most likely. Eventually. But I’d like at least another 500 years to find out for sure. I mean heck, there is always suicide when the ennui and existential weight of eating yet another piece of pistachio baklava becomes too much to take

I fear my life much more. Seriously, there are some things on the horizon that I won’t know how to cope with. Oblivion looks easy in comparison. I just hope it’s sudden.

I fear what comes before it; I don’t want pain and terror. I’m not much phased by what comes after. I figure it’ll be much like what came before birth, and I don’t remember that.

So it is not without regret that I admit my mortality but I don’t spend a lot of time worrying about it. Like the Mercotan, I did alright while I was alive.

I think I fear chronic pain or severe dependency on others from health issues more than I fear death.

I just don’t want to be there when it happens.

You and Woody Allen think alike.

Here’s the kind of grace and humor I can only hope for when my time comes:
“Everybody has got to die, but I have always believed an exception would be made in my case.” (William Saroyan, five days before his death from prostate cancer.)

Dreading death and worrying that every heartbeat may be your last is just piss poor living.

I do fear it, yes. Especially because there are so many things I haven’t done yet in life, and also that I’d hate the idea of a particularly unpleasant death as well.

If fear of one’s own death occupies their thoughts every day, that sounds like a case of thanatophobia.

Not at all. If it could be neat and peaceful- euthanasia on demand were legalized tomorrow or I found a genie who could ensure that my animals would be taken care of and my family would be okay, I would do it ASAP. I’m well beyond ready.

What scares me a little is the idea that if I were to keel over right now, I have no idea how long it would be before someone actually came looking for me. The idea of my animals going hungry (and/or having to eat my rotting body) and someone having to clean up the aftermath… I just don’t want to willingly subject them to that.

…Far greater men than I have faced death. Lou Thesz, Johnny Valentine…, etc. I could keep going. Yet, I wonder if those greats experienced any apprehension before their deaths. Do you think they were at peace?..

Can’t speak for Mr. Thesz or Mr. Valentine, but Ric Flair certainly has some firsthand experience grappling with Mr. Death: 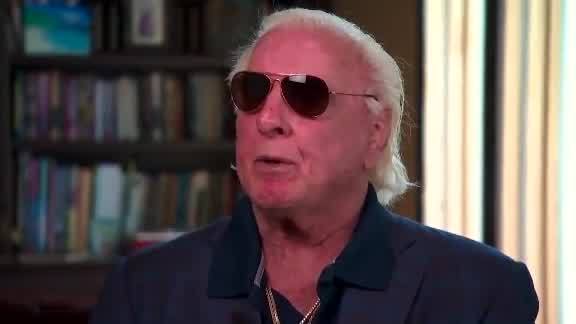 Ric Flair on near death experience: ‘Wooo! Ive got things to do’

Wrestling legend Ric Flair is back on his feet after beating a brush with death caused by an irregular heartbeat.

As for Verne Gagne, I doubt he had much apprehension of anything towards the end: On January 26, 2009, Gagne got into an altercation with Helmut Gutmann, a 97-year-old resident of the Bloomington, Minnesota facility where they both resided. According to Gutmann's widow, who was not present during the altercation, Gagne picked Gutmann up and hurled him to the floor, then broke his hip by pulling back on his body. "'The attack happened quickly while the men were at a table,' Bloomington Police Chief Jeff Potts said. 'It was more like "a push and a shove" and it caused Gutmann to...