Do you think that after Dr.Strangelove, Kubrick intentionally cast...lesser lights..or

Actors that wouldn’t give him a lot of shit?

Ryan O’Neal? Famous at the time, a pretty boy, but no George C. Scott.

Keir Dullea and Gary Lockwood? I only know those guys BECAUSE of 2001, and in Lockwoods case Star Trek.

Name another actor besides McDowell in Clockwork Orange. I’m sure a lot of you could but you know what I mean.

So yes, in The Shining we have Jack Nicholson. A famous strong personality. But, in theory. that movie is SUPPOSED to be about Jack Torrance. So its not like Stanley could get away with casting say…Bob Crane.

So we end on Tom Cruise and Nicole Kidman. And i see by the wiki article that a Warner exec actually asked him to cast a movie star.

Edit: On a side note, I was surprised to see that Cruises filmography before Eyes Wide Shut is probably slightly more iconic then what he’s done after

Ryan O’Neal was in “Love Story” which was a major hit, and in a bunch of other big movies, so hardly a nobody. The astronauts in 2001 were supposed to be wooden, so Lockwood and Dullea were excellent choices.
Kubrick filmed in England, so it was probably harder for him to get the standard Hollywood actors for minor roles. William Sylvester, who played Floyd, was an American actor living in London. Info from an MST3K film he was the lead in.
Kubrick was also not that easy to work with.

Kubrick was also not that easy to work with.

This. Kubrick’s clashes with Kirk Douglas were legendary, despite the fact that they made two very successful films together. I think that once he got powerful enough, Kubrick started choosing actors he could push around and who wouldn’t push back.

Kubrick was also not that easy to work with.

Just ask NASA. They hired him to fake the moon landings and he insisted it be shot on location.

That was deliberate, though. She was treated poorly as a means to obtain the desired performance. Something similar happened to Joan Fontaine in the filming of Rebecca.

For that matter, who was the “major star” in Strangelove? Peter Sellers was a star in England but not in the U.S. The biggest American hit he had been in to that point was The Pink Panther - where he had second billing, behind David Niven.

Ditto with George C. Scott. He had done solid work in several major films, but only in supporting roles. His major credits at that time were in television, and in 1964, television success did not make one a star in a motion picture.

When it came to casting, Kirk Douglas was Kubrick’s exception to his rule.

Well Scott did have a couple of supporting AA nominations…there was that at least.

There’s a whole documentary about how incredibly difficult Peter Sellers could be to work with. He destroyed a movie called Ghost in the Noonday Sun, directed by Peter Medak, that was never released.

Sellers even faked a heart attack (seriously!) to get away from the movie and attend a fancy dinner in London. 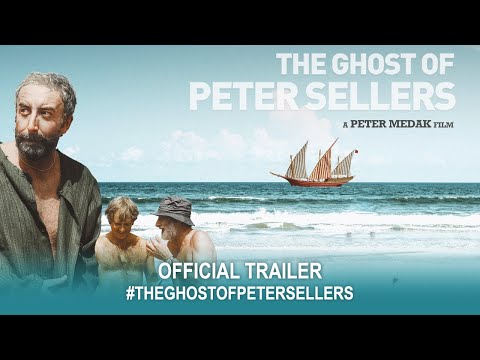 For that matter, who was the “major star” in Strangelove ? Peter Sellers was a star in England but not in the U.S. The biggest American hit he had been in to that point was The Pink Panther - where he had second billing, behind David Niven.

From the sounds of his bio, Sterling Hayden [Jack D Ripper and also in early and excellent Kubrick, The Killing] was leading man quality. Genuine war hero, flirting with the Left, he out-Errolled Errol. And in Strangelove he out-chewed Sellars, Scott, Slim Pickens and Keenan Wynne.

Ryan O’Neal? Famous at the time, a pretty boy, but no George C. Scott.

Barry Lyndon was narrated by the estimable Michael Hordern and featured Patrick Magee and Hardy Kruger – proven high-profile actors. He also cast Leonard Rossiter as Captain Quinn - he’d been the Russian scientist about the space station. While not as famous as the others, he was recognizable (he’d been in Oliver!) and would go on to play Reginald Perrin.

For that matter, who was the “major star” in Strangelove ? Peter Sellers was a star in England but not in the U.S. The biggest American hit he had been in to that point was The Pink Panther - where he had second billing, behind David Niven.

Sellers had already worked for Kubrick in “Lolita.” And while Niven, the bigger star, had top billing in Pink Panther, it was Sellers’ movie. As the sequels demonstrated.

Plus, Patrick Magee was the husband in “Clockwork Orange,” a fairly major role.

But my response to Pavelb1 stands. Kubrick usually cast “lesser lights” in his films. Fine actors, yes. Future big stars, sometimes. But Kubrick did not as a rule cast stars whose name would lure the average American movie-goer to see the film.