Bewitched is well known dor recycling old scripts with new Darrens, but today I happened to remember a story from the 60s - a regular character writes a song, and a rock group likes it well enough to do its own version, resulting in shock - how could beloved character do something so immoral as write a rock song?!? Situation resolved when character plays the original version.

On the Andy Griffith song the character was Aunt Bea and the year was 1966. 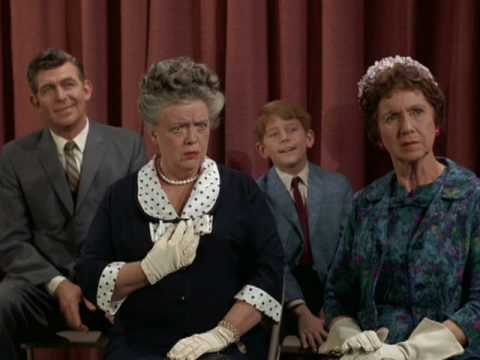 On the Flying Nun, our favorite nun wrote the song and the year was 1968. 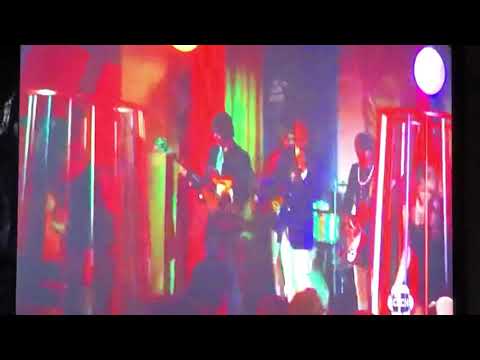 Similar plot in The Jetsons’ episode, “A Date With Jet Screamer.” Judy enters a contest to win a date with teen idol singer Jet Screamer, by submitting lyrics for a song. George doesn’t want her to win, so he tries to sabotage her entry by taking her lyrics out of the envelope, and substituting a list of nonsense words (a secret code that Elroy had written). The nonsense lyrics wind up winning the contest, and Jet Screamer records “Judy’s” song. 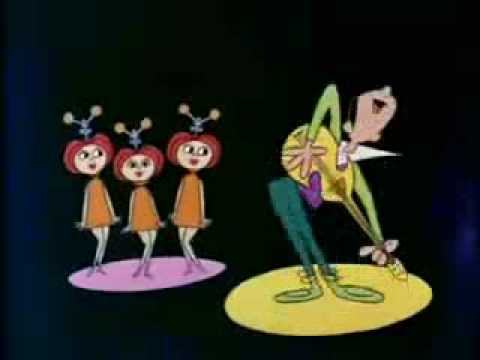 Great. Now I have Eep Oop Opp in my head (and i didn’t even watch the clip) but this isn’t the same plot in my opinion. Bea and Beatrille wrote songs they were proud of, and were stunned at what they’d been transformed into (the mildest rock imaginable). George wrote something he wanted to fail and saw it transformed into a breakaway pop hit.

Bea and Beatrille wrote songs they were proud of, and were stunned armt what they’d been transformed into (the mildest rock imaginable).

Magnum PI “Italian Ice” and Airwolf “The Truth About Holly” are nearly 100% the same episode.

They were both written by show creator Donald Bellisario, but it is still lazy.

Thanks. In what ways are they identical (out of curiosity)?

OTTOMH (I’m sure TV Tropes has articles on these. I avoid the site for fear I’ll read one article and become addicted/obsessed and need to read them all)

M’lady is an old race horse beloved by the protagonist. She generally loses and her evil owner is thinking of selling her to the glue factory. Protagonist discovers that the sound of a cavalry bugle inspires M’lady to run really fast and win. At the big race, the bugle/recording of a bugle is destroyed. But at the last second, the evil owner comes on the track’s PA system and his evil yelling makes M’lady run faster than ever before.

This was an episode of the cartoon Lil’ Rascals, The Completely Mental Misadventures Of Ed Grimley and I think an episode of Ducktales.

Honey I Shrunk The Kids has the same plot as an episode of Ducktales in which the gang is shrunk by one of Gyro Gearloose’s inventions.

Something I never would’ve noticed as a kid, they actually seem to have done a good job animating the drumming to match the actual sound.

They were both written by show creator Donald Bellisario, but it is still lazy.

It can’t be as lazy as the episodes of Spider-Man and Rocket Robin Hood which are identical except for the protagonist! 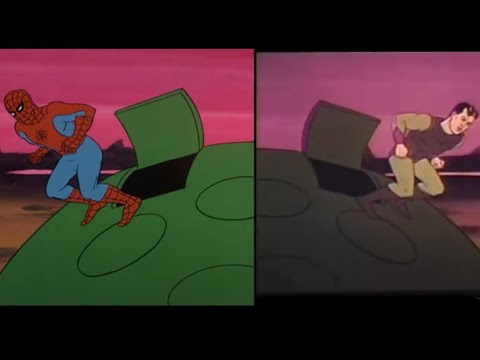 Impressive. I’m sure I saw that episode of Spidey back in 71 or so

Protagonist discovers that the sound of a cavalry bugle inspires M’lady to run really fast and win.

There’s a Dick Francis novel with a similar gimmick

Thanks. In what ways are they identical (out of curiosity)?

Sorry! I should have said.

In both episodes, the protagonist (Magnum, Hawk) were sent on a special mission to rescue a woman who was kidnapped and is being held in a foreign country by some rich and powerful bad guy. When the woman gets to the US, she becomes fixated on Magnum/Hawk, to the point that she attempts to kill the woman in his life that she perceives as a rival. Turns out she’s a complete psycho, and the men that had “kidnapped” her were trying to get her out of their lives, because she had become dangerously fixated on them.

NCIS: Hawaii is Hawaii 5-0 with a different cast of characters. There have been a few episodes so far where they scratched the 5-0 names off the scripts and replaced them with NCIS names. The Equalizer is Hawaii 5-0 in winter coats.

The Blacklist, Blindspot and The Endgame are all basically the same show.

Episode 3x09 of The Orville was the best episode of 24 I have ever seen. Almost every 24 trope was present courtesy of Brannon Braga who wrote for both shows.

There was a series called Gordon Ramsay’s 24 Hours to Hell and Back which was identical to 24 right down to the split screens and the beep-boop-beep when cutting to commercial. The only difference was that the WMDs were dirty walk-in freezers.

The Jetsons’ episode, “A Date With Jet Screamer.”

Aw, Geez! I’m in love with Jet’s backup singer on the right! Not them other two, they hideous!

I saw a thing recently that said that many plots for Bewitched were used on I Dream of Jeannie due to a lot of overlaps on sets, writers, etc. And the Bewitched people weren’t happy. No listing of particular episodes though but there was the usual Evil Twin plots, etc.

Hero and Girlfriend are out in public when hero acts all Billy Big Balls, draws the ire of very dangerous looking individual and promptly folds like a cheap suit, even when the Big Bad Man insults/threatens Girlfriend.
Aware of a distinct cooling-off in affection from Girlfriend, Hero hits upon this wizard wheeze: he secretly hires an actor to appear at their next date and act in an unpleasant and threatening manner. Whereupon Hero will stand up to him and send him packing. In order to avoid confusion, Actor is to wear a distinctive piece of clothing.
Cue the date scene: Physically intimidating person in distinctive clothing turns up and is threatening and unpleasant; Hero unleashes righteous telling off and family-friendly ass-kicking. Big admiration for Hero all round, including from Girlfriend. And then - you’re going to want to brace yourself for a shocking twist at this point - a much less physically intimidating person in distinctive clothing tugs at Hero’s sleeve and asks if he’s ready to do the scene. Cue shock as Hero realises he really is that awesome.

Good examples, all. I remember the Joe Namath/Muhammad Ali episodes in particular

A few years ago I heard an episode of Lucille Ball’s radio comedy “My Favorite Husband” and recognized that “I Love Lucy” had used the same script for “Lucy’s Schedule.” It made more sense on the radio, since the husband on that program was a banker (so the end of the episode in which the boss likes the ridiculously tight schedule as a model for management fits better for a banker than a performer).

According to my brother, Disney has a standard script it uses for company related program series, wherein family struggles are resolved by the magic of visiting Disneyland or Disneyworld.