For those of you who liked Marble Hornets, there’s another series on the block, undoubtedly inspired by Marble Hornets (and, in fact, the Marble Hornets team say it’s their favorite Slendy series). I sort of fell out of interest with it due to school picking up, but I’m going to do an archive binge when I get time. It starts out as a cheap Marble Hornets knockoff, with obvious Slenderman appearances and terribly acted common sense “your grandma knows this” health tips.

Then shit goes down after Episode 6 (well, for varying definitions of “episode”). One thing you’ll notice about EMH is that it’s a tad bit more… involved than MH. With at least four channels to follow (the main team, one of their siblings, a minor side character, and the main team’s ustream archives). On top of that, there’s one character’s blog which is now, THANKFULLY, defunct so it only really matters in an archive binge. To contrast this we still have her twitter, the main team’s twitter, and some antagonist’s twitter to follow, as well as reading the wiki entires on the various geocache boxes and letters that are found. Both protagonists and antagonists are known to occasionally respond to emails and twitters, making this, well, a true ARG rather than some creepy internet movie-with-a-twitter.

Right now there are 7 trials occurring for people who signed up, but I imagine you’re not missing much by not participating since all the info appears on the internet as soon as it happens. I’m not participating since I missed the call by about three days, and in hindsight it’s rather good because a lot of them involve things like filming yourself recite a poem written by the antagonist in public. I don’t possess a camera nor a good area to do this stuff, so it’s probably better I didn’t join. Like I said, anything important that gets mailed out is put on the extensive wiki within a short time frame.

Overall, this series is possibly shaping up to be pretty good, it is in some ways better than Marble Hornets, but it lacks the simplicity of it, and sometimes too confusing makes things less interesting. Sure, we know absolutely nothing about the overarching plot in Marble Hornets, but that’s okay because there are only about four or five variables to keep track of at a time. EMH has an extensive cast of characters, including at least two non-Slenderman antagonists, possible time travel or reincarnation or something, missing people, missing time, hidden videos, and many other plot threads that sometimes make the series more convoluted than interesting. But if you look at the whole picture, it is still a very good piece of internet fiction, and one of the main champions of the “this could not be done on any other medium” trend we’ve been recently seeing.
ETA: Silly me, here’s a link to the wiki: 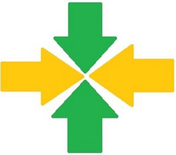 I recommend starting at “timeline 2010”

If you really want to do this blind (heavily not recommended as not a lot will make sense), here’s Episode 1:
http://www.youtube.com/watch?v=JS7GZhNb7eM

I’ll probably watch it when Marble Hornets finishes its run. For some reason, I only want to follow one Slendy storyline at a time.

What the hell are you talking about? Is this a comic book? tv show? web series? what?

ETA: I’ve looked at the wiki and I still have no idea wtf this is!

What the hell are you talking about? Is this a comic book? tv show? web series? what?

ETA: I’ve looked at the wiki and I still have no idea wtf this is!

It’s a horror-based Alternate Reality Game, a loose collection of Twitter accounts, Youtube channels, live streams, and blogs that work together to tell a story. Oh yeah, and the viewers actually have to do things like find geocached boxes and participate in competitions to further the story. It’s quite the unique internet medium.

Good god, the LARPers have someone to make fun of now!

Good god, the LARPers have someone to make fun of now!

Not really, it’s basically just a massively multiplayer puzzle game with a lot of cutscenes. I’ll admit EMH is getting way out of hand and becoming too extensive and ambitious. I don’t really play myself, just observe, but it’s basically just like speculating about LOST if the creators gave a damn about what the viewers speculated.